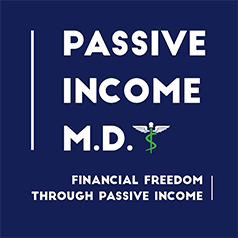 [Editor’s Note: This is a republished post written by Passive Income MD (PIMD), a member of The White Coat Investor Network.  Learning from others' mistakes is a great way to achieve success. There are so many ways to lose money investing in real estate that if someone is willing to share their mistakes, be smart enough to learn from them. The original post from PIMD ran here, but if you missed it the first time, it’s new to you! Enjoy!]

Not only is it a great source of passive income (you know how I feel about multiple sources of income), but it’s also been well documented that most of the ultra-wealthy citizens of America allocate a good portion of their investments just for real estate.

After all, as Mark Twain famously said, “Buy land, they’re not making it anymore.”

Now, as with any investment, there is a learning curve to real estate – one that will take a good amount of time and effort. And as with any type of investment, mistakes are inevitable and potentially quite costly. Since learning from others’ mistakes is much better than making them yourself, I’m going to share three of my biggest.

1) Trying to Do It All Myself

To get to this point in my professional life, I’ve spent a good amount of time with my head in the books. As doctors, we’re expected to study something and then apply it immediately. I’m used to this, and so I tried to do just that with an out-of-state investment property I had my eye on. From a cash flow perspective, I knew that the numbers made sense, but I wasn’t sure how to get started.

So I began to do some research . . . but all I got were more questions. Which areas of the country would yield the highest profits? Do the numbers favor purchasing or renting? What about nearby school districts?

I finally realized that I needed to assemble a team.

I searched for a real estate agent. Then I figured out that I might need a property manager and perhaps a contractor. A friend suggested that I use a turnkey company or something similar, but I didn’t want to pay the extra fees. Better to do it myself.

Eventually, after sinking countless hours into research and making countless spreadsheets, I was defeated. At last, I broke down and decided to use HomeUnion (details of this purchase here).

My friends, time is money. If I had used a turnkey company from the beginning, the time and money saved would have been well worth it. There are other companies out there designed to streamline the process and I encourage you to look into them. (Future blog post, perhaps?)

By now I could probably do the work myself much more efficiently than before, but the real question is: Would I want to?

2) Went with the Cheapest Contractor

With the help of a partner, I bought my first apartment building just over two years ago. It’s a five-unit building not too far from my home. It was a good purchase, but since the previous owners weren’t big on maintaining the place, it was definitely a bit of a project.

We took bids from a few contractors.

Contractor #1 from some work he did on my own house, we chose Contractor #2.

We ended up firing him three weeks later when we used up our budget and weren’t close to being finished. It turned out that in order to keep more money for himself, he had decided not to hire anyone to help him.

Ultimately, we had to hire another contractor, but he wasn’t immediately available. The unit sat empty for another six weeks before we got the work done. All in all, we wasted several months and a lot of money because we were trying to save money from the start. In the end, factoring in construction cost + lost income, the total cost came out to about $45,000 (Contractor #1 + Contractor #2).

In the end, I realized it’s better to pay slightly more to get the job done right with someone you trust.

3) Waited Too Long to Get Started

I consider this to be the biggest mistake I’ve made. Honestly, I let fear of the unknown and fear of loss hold me back. I also felt like I had to know everything and plan for every contingency before starting – I had a bad case of “Analysis Paralysis.” Real estate investment opportunities had presented themselves earlier, but I didn’t pull the trigger because I was scared.

Thankfully, what finally got the ball rolling was investing in real estate crowdfunding. I’m glad I finally took the plunge because otherwise I would’ve missed out on a great upswing in the market and wouldn’t be on the track to financial freedom today.

Sometimes, though, I still kick myself for not starting sooner. The moral of this story is this: Don’t let fear of the unknown keep you from trying something. 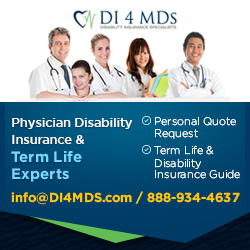 Learn from Your Mistakes

Ultimately, jumping into real estate investing has been one of the best decisions I’ve ever made. Yes, there have been some bumps in the road. I’ve made mistakes, but I’ve learned from them, and I’m glad for the experience.

So don’t be afraid to invest in real estate because of others’ mistakes. Learn from them. Listen to people who have been successful. If you decide real estate investing is for you, then don’t hesitate. It’s a giant step on the road to financial freedom.

If you invest in real estate, what are some of your biggest mistakes?

Well said.
A lot of us doctors want to do everything by ourselves. We were never really taught the value of teamwork. Relying on other professionals to help us is needed to expand. We do have to balance that with careful guidelines and auditing. Delegating doesn’t mean ignoring either.
Giving into our fears and analysis paralysis are two things I have struggled with too and still do. The coulda shoulda looking back isn’t that helpful though. All we can do is jump in now and keep learning and growing.

There’s a big difference between analysis paralysis and just not being financially ready to invest in real estate (well, outside of small investments in REITs and crowdfunding). The fresh attending with a mountain of student loan debt who doesn’t have her finances in order comes to mind. I do agree that “time in the market” is huge in real estate investing and that it’s better to get started earlier in life to reap the rewards. But you really need to be on solid footing before branching out – just as a corollary to PMID’s post, not a counterpoint.

Getting an early start in real estate investing is important for sure, but I do think your “financial house” needs to be in order before you take the plunge on buying real ones. I’m thinking of the newly minted attending with a mountain of student loan debt who doesn’t necessarily have her finances in check yet. There’s a difference between analysis paralysis and simply not yet being in a position to even buy a house for yourself, much less start investing in a real estate empire. I’m sure there can be a role for REITs or crowdfunding to gradually begin your exposure to real estate before buying property, but probably focusing on debt attack and starting a simple (e.g. three fund) investment portfolio is more important for most “early” investors. I say this as a corollary to PMID’s post, not a counterpoint.

I’m a FT physician, and my wife is a PT physician. We are planning to start doing real estate with her extra time, and getting some residential properties to rent out to tenants. My wife will spend lots of time on this project during the week and on weekends.  We are planning ahead on some issues regarding how to structure our real estate activities as an entity, and I also have a desire to use depreciation losses (and possibly any passive losses) from real estate investments to cancel out earned income (wages) from my professional practice as a (employed W-2) physician. We would continue to file taxes jointly.

I was reading IRS rules section 925, and gleaned that for an individual, passive losses and passive gains (from business or real estate) can cancel each other out, whereas passive losses from these activities cannot cancel out earned income (wages).  There is a special exception of up to a $25K passive loss from RE activities that can cancel out earned income (wages), but I am phased out of this since my MAGI is > $100K.  The only exception is if your spouse is a RE professional.

1. Do the section 925 limits on passive loss deductions apply at all to depreciation, or are “passive losses” and depreciation completely different things?
2. If my wife spends the required time stipulated to be a RE professional as defined by the IRS, How easy is it for her to qualify as a RE professional just by doing those hours (>50% of her time, and >750 hours per year) involved in our rental properties (but not otherwise doing any other real estate activities for anyone else?

1. I think they apply. The depreciation occurs prior to calculating whether you have a profit or loss. You do get to carry them forward though.
2. I think that would meet the requirements. But if she’s going to spend that much time, might as well get a real estate license too and save some commissions and get MLS access.

If there’s work to be done, would you recommend waiting until you have enough cash to get involved?

Not sure I like the idea of having a mortgage around my neck before a piece of flooring has been lifted!

Also wondering if you found contractors gave you better value deals if you used them consistently? I know it would be fairly location dependent but if you knew one market very well it could be helpful.

There is a gigantic difference between earning a great deal of money and being rich.