Despite the strain that medical professionals faced and the increasing levels of burnout they felt during the coronavirus pandemic, doctor salaries still managed to increase in 2021. How much medical professionals make each year can vary widely based on many factors, including where you live and the specialty you choose. If you’re a surgeon, pay also varies within the different specialties.

Here's how much surgeons—including neurosurgeons, orthopedic surgeons, and plastic surgeons—make per year.

Wondering which surgeons make the most money? According to a 2021 report from Doximity, surgeons can make anywhere from more than $450,000 to nearly $800,000. A few surgery specialties are among the highest-paying jobs in the medical industry. For example, neurosurgeons earned an average of $773,201 and thoracic surgeons earned an average of $684,663. Keep in mind different surgical specialties can have very different lifestyles and schedule requirements.

For comparison, general surgeons earned an average of $451,151 per year, still among the highest-paying specialties.

Here's the chart released by Doximity showing the 20 highest-earning specialties. Of the 20, eight are surgery specialties. 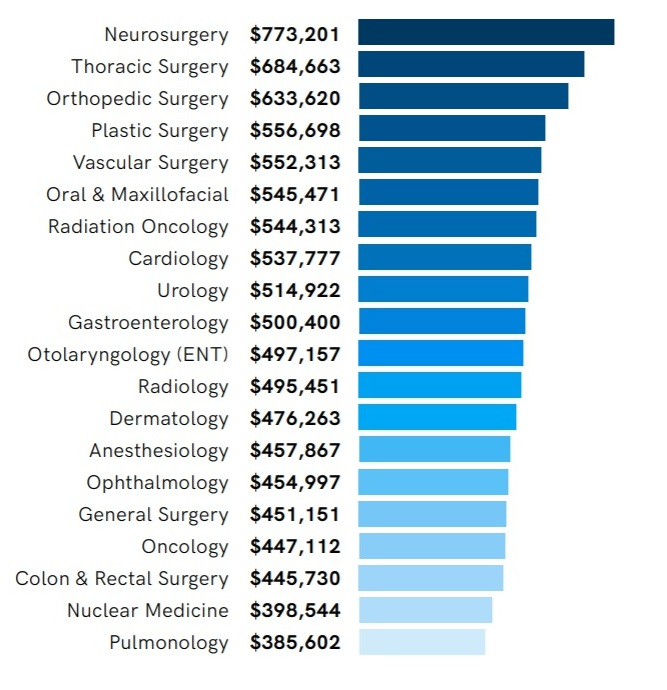 Contrast those numbers with the 20 lowest-paid specialties. As you can see, exactly zero of these are related to surgery. 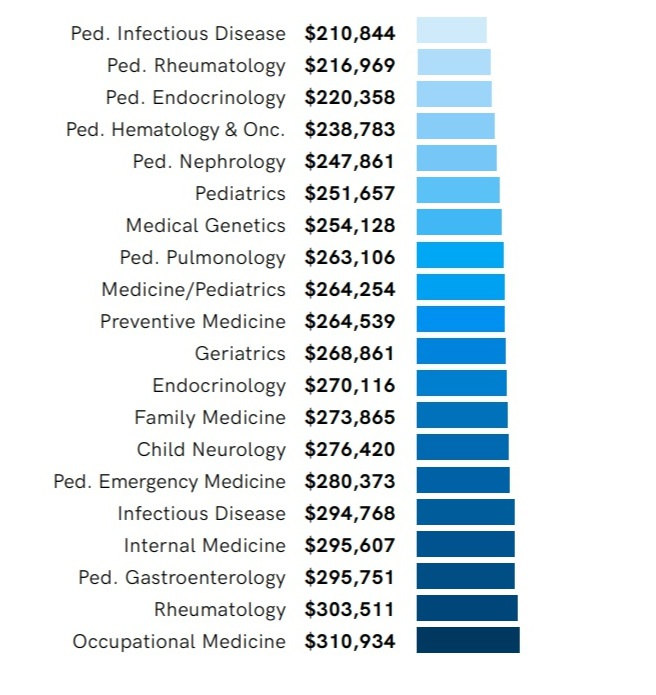 White Coat Investor readers tend to have higher earnings than most. The median surgeon who responded to our 2022 annual survey earned between $500,000-$1 million, and more than 13% of respondents earned more than $1 million per year. 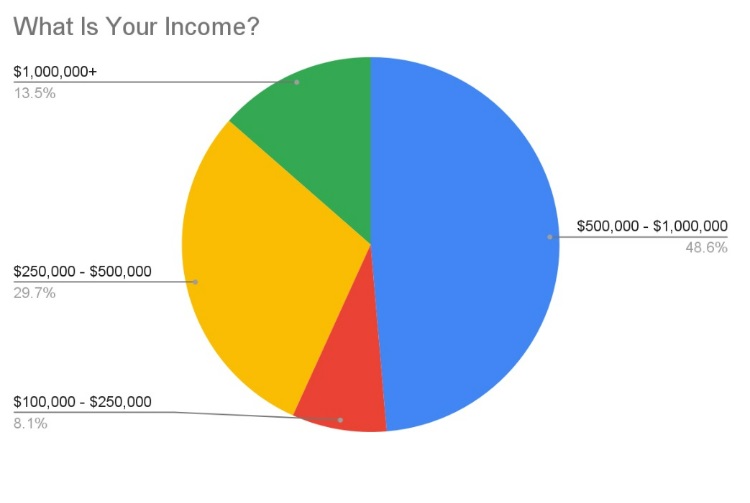 How Much Do Neurosurgeons Make?

According to the Doximity report, neurosurgeons are among the highest-earning professionals in the medical field. They earn an average of $773,201 annually.

However, keep in mind that neurosurgeons often work long hours to earn their paycheck. According to The BMJ, neurosurgeons can work nearly 12 hours a day, and some complex procedures can last as long as 15 hours.

How Much Do Orthopedic Surgeons Make?

Orthopedic surgery is another highly paid specialty according to the Doximity report. The average orthopedic surgeon earns $633,620 per year.

According to a study published in the Canadian Journal of Surgery, orthopedic surgeons work an average of 70.3 hours each week, making their hourly compensation $173.32. As noted by that journal, “No surgeon wished they worked more hours in the week. Three of every four (75%) surgeons reported that they did not have as much time for their personal lives as they should have . . . About 20% of respondents reported that they seldom eat dinner with their spouses and children in a typical week (Monday–Sunday), whereas 19.2% reported doing so almost every night.”

How Much Does a Plastic Surgeon Make?

Plastic surgeons are also high earners according to the Doximity study, earning the fourth-most of any specialty at $556,698.

The average plastic surgery resident works 64.2 hours each week. Assuming those numbers hold true after residency, that places a plastic surgeon's pay at $166.75 an hour.

It's difficult to get salary numbers that agree with each other. Average specialty pay varies significantly between surveys. The Doximity numbers are different than the ones published by the Medscape survey just eight months earlier.

What is a doctor who just graduated residency or even a veteran physician who wants to negotiate a contract supposed to do with that much variation between averages (besides using the survey with the higher average salaries when negotiating)? And what if you're in one of those specialties with a surgery that's neither high nor low, like OB/GYN or Psychiatry or Emergency Medicine or Neurology that Doximity didn't even report on (despite how common they are)? Are you stuck paying $965 (or hiring a contract management firm) to get MGMA data? Is that data even any better than these surveys? 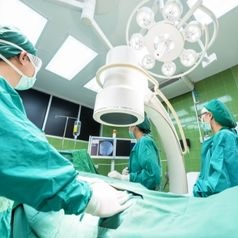 To read the entire Doximity report —which also includes information on physician compensation in different metro areas, cities with the fastest-growing doctor salaries, and COVID’s impact on physician retirement—click here. Here’s even more information if you’re looking for a doctor’s hourly rate, broken down by specialty.

Either way, if you're a surgeon, you're probably working more hours than just about any other specialty. But you're also at the top of the salary food chain.

One of the most important things that you can do to earn more for your work is to negotiate your pay and the terms of your contract. Many doctors wind up with bad contracts that leave them improperly compensated, facing high costs and non-compete agreements that restrict their future opportunities.

If you’re negotiating a new contract, The White Coat Investor has a list of vetted attorneys and law firms to work with to make sure you get a good deal.

Wealth is the ability to fully experience life.