Are you a retiree? Do you give money to charity? You're almost surely doing it wrong. Let me explain. Do you know what a Qualified Charitable Distribution (QCD) is? If not, this post is for you! What if I told you that you could give to charity using pre-tax dollars, even if you don't itemize your deductions, and even if you don't want to hassle with a Donor Advised Fund, AND reduce the taxes due on your Required Minimum Distributions (RMDs) at the same time? Impossible you say? Likely to land you in jail? Nope. All perfectly legal, perfectly reasonable, and commonly done. Here's how it works.

What is a Qualified Charitable Distribution?

A Qualified Charitable Distribution (QCD) is money that is transferred directly from your tax-deferred account to a charity. Here are the key points:

How to Report Qualified Charitable Distribution

So what does this look like? Well, you fill out a form and ask the IRA provider to send a check directly to the charity and NOT withhold any taxes from the distribution. That's it. You did it. 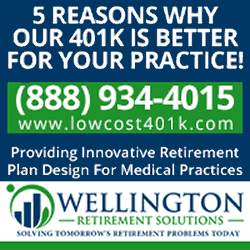 So why is it that I think a QCD is the best way for a retiree to donate to charity? Well, let's look at the other ways and consider their problems.

# 1 Donate Directly and Deduct on Schedule A

DAFs were the cat's meow of the blogosphere in 2017, especially at the end. They have some niche uses, but have significant downsides such as ongoing management fees and the “jerk move” factor, where you get the deduction but the charity doesn't get the money. Most importantly, donations to DAFs have to be taken on Schedule A, just like a direct donation. 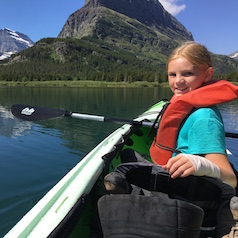 Whitney might not be smiling so much when she realizes a lot of that IRA will be going to a QCD instead of her inheritance!

This is a great way to flush capital gains out of your portfolio. Not only do you get the charitable deduction for the entire value of the contribution, but neither you nor the charity has to pay the capital gains taxes on the appreciation between the time you bought the shares and the time you donated them. However, this is a tactic for the young, not the old. There might be some unique situation for a retiree where it could make sense to take your full RMD and donate appreciated shares to the charity instead, but I'm having trouble thinking of one since the ordinary income tax rates paid on the RMD are higher than the capital gains taxes on the gains of the taxable shares. Plus, a retiree is much closer to death, where the heirs get a step-up in basis. In addition, this deduction is taken on Schedule A, unlike a QCD.

As you can see, other than a few very niche kind of situations, the best method for anyone taking RMDs is a QCD.

On a related note, if you plan to donate some of your nest egg to charity at your death, be sure that money comes from your traditional IRA or even better your HSA since it can't be stretched. Far better to leave the Roth IRA (tax-free and stretchable) or the taxable account (tax-free after step-up in basis) to your heirs. Meanwhile, neither you nor the charity pays taxes on the donation.

What do you think? Have you ever done a Qualified Charitable Distribution? Do you agree this is the best way for retirees to donate to charity? Why or why not? Comment below!

Interesting. Sounds like a win for the taxpayer and the charity, which makes me surprised that Uncle Sam would allow such a substantial deviation from the limitations that otherwise exist in being able to meaningfully deduct a charitable expense with the new tax code.

I have not paid much attention to QCD, so this was informative. It appears to offer another good reason to roll over funds from the 401k/403b to the IRA before the RMDs kick in.

A great move for the elderly retiree. I still maintain the DAF is the way to go, and you can start it in your 20s or 30s, as I did.

Regarding the “hassle factor,” a DAF takes most of the hassle out of giving, but we’ve already had that discussion.

What is your definition of elderly?

Okay. You’re 75 years old. You have a big old IRA and no DAF. Do you start a DAF? No. You do QCDs. It would be silly to pull your RMD out, pay taxes on it, put it in a DAF, and then give it to charity instead. Likewise, if you’re 30 and plan to give the money away at 75 and you’re choosing between maxing out an IRA and funding a DAF. Do the IRA. Do brainer.

But sure, if you happen to have a DAF you funded in your 30s while you were maxing out your tax-deferred accounts and you still haven’t emptied it by 75, you might as well start doing that too.

RMD are great to use as a mechanism to give to charity without paying taxes and avoiding the taxable RMD. However, while a different discussion, you might still want to fund a DAF with appreciated stock in a taxable account, if you want to do Roth conversions without increasing taxes too much, by using the DAF contribution deduction to increase the amount of the possible Roth conversion. The more you put into the DAF, the larger the deduction once you are over the threshold.

If you’re interested in really giving a lot to charity, that might be a good idea to do both. But I suspect very few retirees are giving more to charity than their RMDs.

A question for the accountant types. If one has both traditional IRA and SEP/IRA money is there some sort of prorata calculation on the 100K donation? Is this a reason to roll a SEP/IRA into a traditional IRA? Is this even possible?

A nice workaround given the recent change in the standard deduction amount from tax reform last year. I always enjoy reading about legal ways to reduce your tax bill and this certainly meets the grade. It’s effective by avoiding taxation, donating to a qualified charity, and reducing your RMD for the year.

I guess I should have started with a poll of how many are doing QCDs. I’ll bet it’s few though.

1. If I recall correctly, making this decision later in the year, after taking a distribution is problematic, as the order of distributions matter. The same is true if you will be taking out more than your RMD amount. You want to take out the QCD first, then any additional funds, as the RMD is considered the first distribution from an IRA account.
2. In addition to DAF, QCD’s cannot be made to private foundations, charitable remainder trusts, etc.
3. You cannot get anything of value from the charity, in return for you QCD, so no tables at dinners, etc.
4. An extra plus for those with IRA’s that are blended between pre and post tax contributions, unlike regular distributions, the QCD is held as coming completely from the post tax contributions.

To give credit where due, I learned of these details, like so many other things financial, by reading The Nerd’s Eye View, by Michael Kitces.

1. Thanks for sharing. You’re right.
2. Good point.
3. Like most charitable contributions, you can get something of value, but that amount is excluded from the deduction/would be taxable.
4. That seems like an extra minus. Why do you consider that a plus?

My bad, I meant to say pre tax.
Unlike a conventional donation, it may be significantly harder to get documentation on value provided to the donor in return for a donation, if the donation is in QCD form. Tables at dinners was intended as a trivial example, as opposed to more significant cases. I would tend to be conservative and keep my QCD contribution completely free of these types of complexities, rather than invite scrutiny.

Why wouldn’t you combine the two to avoid this question entirely and simplify your life?

But yes, I think if you maintain both they each have their own RMD.

I never saw a reason to combine them but now I do.

In 2013, my MIL had an interesting postmortem strategy for charitable giving. Prior to her approaching death, she asked her 3 children to donate $ specific stepped- up basis inheritance to 2 churches. She off-loaded deductible donations from her low bracket to their higher brackets.

The step-up in basis should be used whenever possible. Of course, the children in this circumstance had the right NOT to donate the inherited shares should they choose not to.

You stated that you couldn’t use a simple IRA to do a qcd. According to vanguard and the wording on the IRS site you can’t use an ongoing simple IRA. IF you have no employer or employee contributions this year it is considered not active and you can do a qcd from it. I assume you couldn’t reactivate it later. I spent some time with vanguard and looked at IRS FAQ on QCD as I had just done that transaction and wanted to be sure it was legal. My wife had an IRA simple from teaching music but quit contributing when she quit teaching 10 years ago. I was assured it was fine to do as it was not ongoing . You can’t use an ongoing IRA simple. Thanks for all the education I am getting.

I guess that’s no big deal as you could simply convert the old SIMPLE to a traditional IRA anyway.

It’s worth informing readers that execute this to be sure to report the QCD on their tax return appropriately so they do not pay tax on the distribution. Currently, there is no box on the 1099-R that designates a distribution went to charity. Some custodians will put a footnote, but the full amount will still reported as a taxable distribution. If you use a tax preparer, be sure to let them know about the QCD.

Unfortunately, even putting “QCD” in the proper place on form 1040. may not solve the problem. We did that on our 2017 federal tax return and received a letter from the IRS stating that we had miscalculated and underpaid our taxes, demanding several thousand dollars in addition taxes, plus interest and penalties. Only after we sent them an explanatory letter, receipts from the charities, and a confirmatory letter from the brokerage did they back down. It is a unfortunate that the 1099-R does not document the charitable distribution.

How many millionaires do you know who have become wealthy by investing in savings accounts? I rest my case.