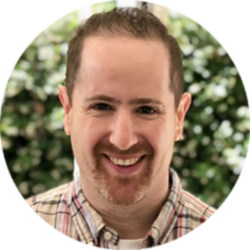 Josh Katzowitz is WCI's Content Director, and his work has appeared in the New York Times, Wall Street Journal, Washington Post, Los Angeles Times, and CBSSports.com. He currently covers boxing for Forbes, and his work has been cited twice in the Best American Sports Writing book series. For most of his career, he covered Super Bowls, Masters golf tournaments, and almost every professional and college sport. Now, he focuses on finance-related matters. His greatest career moments were 1) when he was given the side-eye by Mike Tyson while they were observing Tyson’s pet pigeons, 2) when Dwayne “The Rock” Johnson borrowed a line from Josh to use in a wrestling promo, and 3) when Ralph Macchio made fun of Josh's forgetfulness in front of William Zabka. For comments, complaints, suggestions, or plaudits, email him at [email protected]

Your Crystal Ball Predictions for 2023

The White Coat Investor’s Most Controversial Articles Revisited: Looking Back at Our Biggest Fights

Your 2022 Crystal Ball Predictions Revisited: Was Anybody Actually Right?

From Fourth Year to the Real World (part 1, part 2)

How We Created a Real Estate Course from Scratch

Happy Anniversary to the Index Fund—Which, by the Way, Was NOT Invented by Jack Bogle

The Internet has massively broadened the possible space of careers. Most people haven't figured this out yet.