One of the first things I remember writing as a kid was a short story about Abraham Lincoln, John Wilkes Booth, Ford’s Theater, and how I invented a time machine to go back to 1865 and stop the presidential assassination (I think my family had just visited Washington D.C. on a vacation and I was obsessed with Back to the Future, so my inspiration for the story is pretty clear).

I’ve always loved history. I’ve always loved the idea of taking a peek into the past and studying it from the current-day perspective. I’ve always been interested in the idea of time travel. And now that I’ve found a new passion in writing about finance, I’m combining all of this together in an occasional column for WCI that I’m calling “The Financial Wayback Machine.”

I want to journey back into time and look at those supposedly great ideas that now seem ridiculous, all the good and terrible predictions (crystal balls have never not been cloudy), and all the seemingly minor news nuggets that ended up making huge waves. It’ll be fun, it’ll be silly, and maybe it’ll be a good lesson for what not to do with your money today.

Step into the Financial Wayback Machine with me, and let’s travel back in time for a little bit.

The Best Doctor-Athlete in History

The sporting world will always remember Roger Bannister as the first human to ever run a sub-4 minute mile. He managed to blaze his way to a time of 3:59.4 in 1954, and the achievement, though the world record time has dropped by more than 16 seconds in the half-century since, is still mind-blowing.

But if you asked him if breaking that 4-minute barrier was the most important moment of his life, the British-born Bannister would have pish-poshed that suggestion.

Bannister was a medical student at Oxford when he made his dash—in fact, he worked a morning shift at St. Mary’s Hospital before heading over to the damp cinder track that evening for his historic run—and he eventually had a long career as a neurologist.

To Bannister, everything he accomplished after the world took notice of him was more important than that 239-second milestone.

“I’d rather be remembered for my work in neurology than my running,” he said in 2014, via The Big Issue. “If you offered me the chance to make a great breakthrough in the study of the automatic nerve system, I’d take that over the 4-minute mile right away. I worked in medicine for 60 years. I ran for about eight.”

Bannister, who died in 2018 at the age of 88 from Parkinson’s Disease, said that the first decade of his medical career was an “uphill battle” to prove to people that he was more dedicated to medicine than athletics. But he ended up as a giant in both fields.

In the early 1970s, Bannister began working with several chemists to develop the world’s first anabolic steroids test to try to catch the athletes using performance-enhancing drugs. Though tests like that began to catch drug users from East Germany and the Soviet Union in the 1970s and 1980s, the fact that PEDs were still such an issue in sports to the day he died made him melancholy. He knew the chemists who could figure out ways to cheat were ahead of the testers, and even 50 years later, that hadn’t changed. Perhaps it never will.

Still, he knew what his legacy is, and in his mind, it had nothing to do with sprinting four times around a track.

“My medical work has been my achievement and my family with 14 grandchildren,” he said, via The Sportsman. “Those are real achievements.”

How Not to Make Money on Your Andy Warhol Collection

Charles Patterson’s latest column about collectibles and whether jewelry, coins, and Ferraris are worth it got me thinking about those items that, at one time, were thought to be worth something huge but are now basically worthless.

For example: when you think about Andy Warhol, you might ponder his iconic pop art of Marilyn Monroe (one of which sold for a record $195 million in 2015) or his penchant for Campbell’s soup cans.

But you might not know that Warhol was obsessed with antique cookie jars, and after he died in 1987, one watch company executive thought he scored big-time by spending nearly $200,000 (about $500,000 in 2022 dollars) buying up most of those jars.

Sotheby’s reportedly estimated that the cookie jar collection would fetch about $7,000 total. But Gedalio Grinberg, who eventually became chairman of the Movada Group, spent more than that. A lot more than that.

“I got something fabulous,” he told the New York Times. “It will be very hard to replace these cookie jars. They're not made anymore.”

Here was his reasoning:

There’s certainly something to be said about supply and demand and scarcity. But if Grinberg thought he could turn Warhol’s collectibles into a major profit for himself, he was incorrect.

As Rudy Franchi, an appraiser who has appeared on PBS’s “Antiques Roadshow,” told Business Insider in 2016, “I tell people at the roadshow that (the jars) are worth today what they were always worth—about $200.”

As Patterson wrote earlier this month for WCI, “Unlike the equities and bond markets, the micro-markets that encapsulate rare books, coins, toys, and the like are somewhat unproductive. That is, they don’t monetize. With the possible exception of YouTube celebrities, no one pays you because of your awesome accumulation of whatever. These goods don’t contribute to building infrastructure, business, or trade. As the art market highlights, there is value to be found, but this is completely dependent on what some other person is willing to pay at a given time.”

I don’t know if Grinberg intended to eventually sell his Warhol cookie jar collection and instead had to eat the entire cost himself, but he certainly was a smart businessman. As Forbes wrote in 1988, “Grinberg helped make Americans conscious of their watches and made the glint of gold on a male wrist a status symbol.”

Too bad Warhol’s cookie jar collection didn’t do the same for him.

A few days before the stock market officially entered bear market territory this week, I watched The Wolf of Wall Street for the first time. While the movie is a good reminder to be aware of investing heavily in individual stocks (especially on the advice of a cocaine-addled stockbroker who cold-calls you with a supposedly great idea), it also showed just how terrible protagonist Jordan Belfort’s timing was when he took his first Wall Street job. 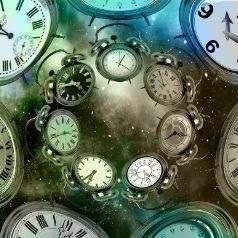 Belfort landed a position with L.F. Rothschild, which had been in business since the late 1800s, as a trainee for $80 a week (he said it cost him $100 a week to commute). He eventually qualified to sell stock, and he walked into work for his first day as a legitimate stockbroker on Oct. 19, 1987, aka Black Monday.

“On my first day I watched in shock and awe as the market went down 508 points, and the firm I was with . . .  shut its doors,” Belfort later said. “My first day as a stockbroker! From there, everything shut down on Wall Street. They were talking about the next Great Depression.”

Of course, the crash of 1987 didn’t become a depression. The market tumbled by 33.5% over the next few months (for comparison, the market lost 57% during the Great Recession of 2007-09), but man, not a great first day of work for Belfort.

Oh, and for comparison to that 508-point drop in 1987 that was so cataclysmic at the time: last Monday, the Dow Jones Industrial Average fell 876.05 points.

People have been losing huge money on individual stocks for centuries now. If you need proof, last Wednesday was the 302-year anniversary of the South Sea Company’s initial launch of a “money subscription,” aka stock. Reportedly, the company sold £50 million worth of shares within a few hours of its offering with investors that included King George I and Isaac Newton.

The British Parliament had already allowed the South Sea Company to take on the national debt at a deep discount (the company paid £7.5 million for £32 million worth of debt with the promise that the interest on that debt would be minimal).

As noted by Historic UK, “The idea was the company would use the money generated by the ever-increasing stock sales to pay the interest on the debt. Or better yet, swap the stocks for the debt interest directly. Stocks sold well and, in turn, generated higher and higher interest, pushing up the price and demand for stocks.”

By the summer of 1720, South Sea was trading for £1,000 per share. But because the stock wasn’t built on anything fundamental (other than the debt the company had purchased), the bubble burst. By autumn, the stock had fallen below £200.

“The South Sea directors failed to realize that the high price of their stock made it impossible for the masses to participate. Something was needed to close the gap.

Enter [smaller companies who could offer stock]. They were ‘affordable’ much like the penny stocks of today. And their price action drew in people who never had invested before. The masses saw an opportunity to get rich quickly and took it. Those small issues became a gateway for many to buy South Sea stock. Little did they know that what they were buying was worthless.” 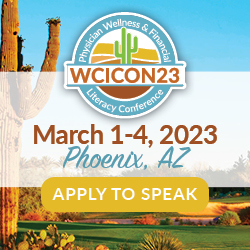 As always, use caution when putting so much of your money into one stock and instead consider investing in low-cost market-based index funds, something that obviously wasn’t available in the 18th century.

With my wife and kids out of town this week, I sat down to watch the HBO documentary on the 1999 Woodstock festival, called Woodstock 99: Peace, Love, and Rage. At the beginning of the film, director Garret Price says that he could have framed his movie as a comedy but instead, it played out as more of a horror show. After watching the doc, it’s hard to disagree, and I constantly thought to myself, “Thank goodness that I didn’t ever consider going to this festival.” This, even though I certainly was in the demographic that was being targeted (a white male in his late teens or early 20s who freakin’ loved metal).

One of the themes of the film was the excess corporate commercialism that marked the experience, and thus, it’s appropriate this week to listen to one of the festival’s main acts, Rage Against the Machine, and its song, Sleep Now in the Fire.

The video is pretty incredible, as it shows the band shutting down Wall Street for a few minutes in 2000 and director Michael Moore being led away in handcuffs. It’s not one of my favorite RATM songs, but it’s a pretty good representation of the festival the band played only a few months earlier.

“The world is my expense/The cost of my desire/Jesus blessed me with its future/And I protect it with fire.

So raise your fists/And march around/Don't dare take what you need/I'll jail and bury those committed/And smother the rest in greed.”

It’s rarely advisable to follow in the footsteps of George Constanza.

GERGE: hey can u spot me for lunch? Im a little short on cash

JERY: what happened i thought u bought the dip!

GERG: I did! but then it dipped again

GERGE: I DOUBLE DIPPED THE CRYPT

Do you have any good historical financial stories? What other great athletes became physicians? Did you double-dip the crypt? Comment below!