Index Annuities Do Not Provide A Stock-Like Return 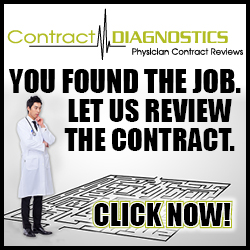 Index annuities are different from the index universal life insurance discussed previously on this site. While both involve mixing investing and insurance, a straightforward index annuity (and trust me when I say few of these are ever straightforward) neither provides, nor charges for, a death benefit. As “Stan the Annuity Man” who writes for Marketwatch, likes to say, “The upside to an indexed annuity is that there is no downside. The downside to an indexed annuity is that there is very limited upside.” You need to understand that you will not get “stock-like” returns out of this thing. It really isn’t a way to avoid the stock market and yet still have your money grow at a reasonable rate. Stan’s best guess of the returns you should expect out of these things is in the range of 3-5% a year, or about what you would get out of a whole life policy held until death. A recent study showed that estimate was about right, with FIAs in the study averaging 3.3% per year for the 5 years from 2007-2012.

Financial advisor (and comedian) Michael Zhuang recently analyzed 6 of these that one of his clients had purchased between 2006 and 2010. He calculated the actual (non-annualized) returns and this is what he came up with:

Mr. Zhuang then made these four observations about his data: 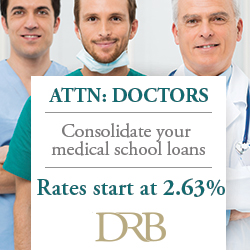 Larry Swedroe, in his excellent and highly recommended book, The Only Guide To Alternative Investments You’ll Ever Need, divided up twenty alternative investments into the “Good, the Bad, the Flawed, and the Ugly.” Equity-indexed annuities were put squarely into the Ugly category, along with such terrible investments as leveraged mutual funds (you know the 2X Bull and 2X Bear funds.) He and his co-author, Jared Kizer, list the following 12 issues with index annuities:

Are all these downsides present in every index annuity? Of course not. Are some better than others? Absolutely.

Immediateannuities.com lists what it feels are the best index annuities out there. The top of the list at the time I wrote this post was from Midland National, the Select Series 14 Annuity. Here are its characteristics:

That’s apparently as good as it gets. Hard to get excited about that.  If you get out of it early, you’re going to lose money. If you hold on to it for a long time, you’re looking at 3-5% on average, about what Stan the Annuity Man says. By comparison, the long-term annualized return of the Vanguard 500 Fund is over 11%. The difference between your money compounding at 11% and 4% is astronomical. ($50K per year for 30 years comes out to $11M vs 2.9M.) And remember, this is THE BEST one.

The Argument For A Fixed Index Annuity

I took a look at a paper in the Journal of Financial Planning which looked at a selected (but not randomly selected as you’ll see below) group of index annuities and modestly concluded that some index annuities can outperform both a 100% stock portfolio and a 50/50 stock/bond portfolio over certain periods. Here is a figure from the paper:

The periods of time when the blue and yellow annuities are higher than the red and green annuities are the 5 year periods when the annuities outperformed. The upside of this paper is that it is the only one that has actually looked at real FIA performance, rather than extrapolating it into the past. The downside is that that period of time is very short, and characterized by two massive bear markets. It’s nice to have real historical information, but it still isn’t enough data (nor, as you’ll soon see, unbiased data) to draw any kind of reasonable conclusion from. Here’s another chart from the paper, which would lead a casual observer to conclude that maybe these FIAs aren’t too bad.

It’s hard to know where to begin here. First, they didn’t include the dividends for the S&P 500 index. Add on about 2% a year to all those index fund returns.

Third, they suggest trading costs and tracking error should somehow be throw in here. Yet somehow, someway, all those index funds seem to be able to not only minimize that to a basis point or two if anything, but to underperform their index by less than their ER each year. (Vanguard’s TSM shows an annualized return of 8.49% for the fund, and 8.49% for the index for the last 10 years.)

Fourth, admittedly it is hard to estimate taxes since everyone’s tax situation is so different. But I think it would at least be worthwhile to point out that when you pull money out of an annuity, not only do the gains come out first, but they are also taxed at your ordinary marginal tax rate rather than the lower capital gains rates most long term investments would receive.

Fifth, as near as I can tell, they’ve ignored all the surrender fees. If we’re only going to look at 5 years of data at a time, let’s subtract out what the surrender fees would be at the end of those five years.

Sixth, the disclaimer on this is hilarious. I can’t do it justice without simply reprinting it:

There are several limitations with the data in Table 1. The main one is that they are derived from carriers that chose to participate and that chose the products for which they reported returns. This could have imparted some bias in returns, and may differ from what a larger, more random sample would have produced for the periods.

Could have imparted some bias in returns? Ya think? Hey, insurance companies, send us whatever you like that makes you look good and we’ll publish a paper on it. Hardly a scientific method. It’s nice to see some examples of what is possible, but data is not the plural of anecdote. If you really want to dive into the details of these products, I’d suggest reading a bunch of the papers listed as references for that paper.

Fixed-indexed-annuity sales totaled a record $33.9 billion last year….Some buyers have been lured by the stock-market rally, which has sent the S&P 500 up 16% this year. Low interest rates, meanwhile, have cut the appeal of traditional annuities.

The rap on indexed annuities is that consumers could overestimate the upside. While the stock-market link is part of the pitch, the product is more like a juiced-up bank CD. Insurers back the contracts mostly with bonds, and use options on market indexes to boost returns. Many contracts sold recently capped the annual upside at about 4% to 5%, according to advisers.

Moreover, insurers have been criticized for allegedly misleading sales practices. California, Minnesota and other states reached settlements in the mid-2000s with market leader Allianz SE and others over concerns the insurers hadn’t made clear to buyers that charges would apply to withdrawals even a decade after purchase.

For years, I have warned people about something known as index annuities. They’re one of the hottest products in the investment and insurance landscape, but they’re poison for your pocketbook…Of all the things you could [buy]…buying an index annuity at any age is just about the worst thought possible.

Money magazine recently ran a long-form feature about all the problems that have befallen those people who are sold these things. The story also dug into why index annuities are pushed so hard to the great detriment of buyers. The simple reason is a massive commission goes to the insurance salesperson who sells it!

The pitch is compelling: Participate in the stock market’s upside and avoid the downside. That’s how sales agents who collect lucrative commissions peddle equity-indexed annuities. Their targets are baby-boomers who are trying to rebuild their nest eggs and are now fearful of the stock market and frustrated with bonds’ low interest rates…But these costly products give you only a portion of the market’s gains, and their protection against loss is minimal…Despite the title, equity-indexed annuities don’t actually invest in the stock market. Your returns may be loosely based on a market index, but you get a lot less than investors in the actual index would receive because of caps on returns and other limitations.

Some 99% of the time indexed annuities underperform a simple portfolio that’s 60% in zero-coupon Treasuries and 40% in a low-cost S&P 500 index fund, according to a 2008 study by economic consultant Craig J. McCann, who often works for investors and regulators.


The list goes on and on. As near as I can tell in a brief search across the internet, it’s pretty unanimous. The only people who think buying these products is a good idea seems to be those who sell them. If you haven’t been talked out of buying one of these yet, please at least read The Truth About Buying Annuities by Steve Weisman before doing so. He gives an excellent, and quite unbiased, analysis of the subject.

More importantly, it’s critical to understand that there is no free lunch here. You want stock-like returns. You don’t want stock-like volatility. Guess what? You can’t have one without the other. Getting an insurance company involved in the investing process to insure against volatility just increases costs, rather than insuring you against the low returns that are the real enemy of the long term investor. As usual, complexity favors those who sell the product, not those who buy it.

What do you think? Do you own an index annuity? Are you glad you do? Have you had someone try to sell one to you? Why did or didn’t you buy it? Comment below!