[Founder's Note: Surprise! You might not have been expecting a post today, as Sunday posts have been almost non-existent here over the last decade. There are a lot of people here at The White Coat Investor working behind the scenes. Just a few of us have been “on the frontlines” where we are seen and heard by the WCI community. Katie (my wife and Chief Product Officer) has done a couple of posts and a podcast over the years, and will be speaking at WCICON22. You have likely noticed our social media guru Michelle hard at work across our communities on Facebook, Reddit, and the WCI Forum. If you are subscribed to our real estate newsletter, you may have also noticed our COO Brett pens many of those. I hope you've seen Andrew who runs StudentLoanAdvice.com. Today, another member of the team steps out of the shadows and into the limelight.

We have had a lot of changes on the website in the last six months. You have probably noticed a few columnists whose work is published from time to time. You might not have noticed that we have published dozens of new articles that were not highlighted on the blog nor sent out via email. Combined with 2300+ posts published in prior years, there is a plethora of content to read and digest on this site. Use the search function for any financial topic you are curious about and there is likely an article about it. This summer Josh Katzowitz joined our team as the WCI content director to direct this crazy orchestra. He pushes us to keep our content engaging and accurate, but also to make it timely and relevant to events in the news. Today he takes up the keyboard himself in what may be the first of many semi-monthly columns. As always, kindly let us know what you think about this and other content so we can continue to serve you as best we can.]

I loved sports and traveling around the country to cover them, writing stories of redemption and jubilation and penning features about heartbreak and tragedy.

I was a journalist—a newspaper guy, really—who was reluctantly pulled into the online world when the newspaper I worked for in Cincinnati died a slow death in 2007. Eventually, though, I came to this conclusion: I loved the writing. But I barely even liked paying attention to sports.

So, why was I spending my working life devoted to the games that people love to watch but ultimately don’t really matter in life? Why couldn’t I expand my horizons, observe the rest of the world, interview subjects and write stories about internet culture or standup comedians or ultra-conservative presidential candidates and their liberal daughters? The old-school newspaper people have long called the sports section the “toy department.” Me? I wanted to break free and explore the rest of the store.

For most of my marriage, my wife, a quadruple-boarded psychiatrist, has handled the finances for our family. She pays the bills. She makes most of the investing decisions. She’s procured the credit cards based on the best points programs. She carries the burden of our money.

But my New Year’s resolution heading into 2020 was to get more involved in our finances–to ease some of her burden and to increase my own knowledge (and self-worth). She was talking about the FIRE movement, and I thought that meant I had to make sure we had all the ingredients for s’mores. She was discussing Backdoor Roth IRAs, and I thought she wanted to crank through one of Led Zeppelin’s least-appreciated albums.

So, I started reading books on investing (I went immediately for The Millionaire Next Door and The Simple Path to Wealth. I listened to podcasts. I subscribed to newsletters, and since my wife is an MD, I started spending time on sites like The White Coat Investor.

Turns out, I really enjoyed exploring the world of money, both saving it and growing it.

When The White Coat Investor last summer listed a job for content director of this website, it seemed the perfect confluence of my new interest (learning about finances and investing) and my old passion (journalism). Luckily, my new bosses agreed. Now, here we are.

So, that’s me. Josh Katzowitz, sports writer, financial/investing writer and editor, spouse of a physician. You’ll be hearing from me every other Sunday in these pages. I’m a writer, and no matter if it’s about sports or YouTubers or finance, I’m going to be writing.

For all my life as a father, I’ve been in awe of the medical community.

11 years ago, my twin children spent the first six weeks of their lives in the neonatal intensive care unit, and every day, I would think about all the amazing doctors and nurses who used their years of training to help the babies inside survive and thrive. I knew I wanted one day to join their team and use my writing talents to help healthcare workers and their patients stay informed—to help them as they once helped me.

Don’t get me wrong, I still like to dabble in the toy department, mostly by writing about boxing at Forbes. But diving into the world of money and finance has made me a better journalist. It’s made me a better spouse. And it’s what has allowed me the privilege of getting to write for the medical community that has already done so much for me.

– This USA Today piece is a story about two emergency physician heroes who rushed back from a Florida vacation into New York City at the beginning of the pandemic, leaving their young kids more than 1,000 miles away. The trauma and the burnout were very real for Dr. Christine Haines and Dr. Lawrence Haines. 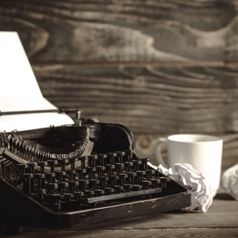 “They missed their children. Christine cried often. It was difficult to FaceTime. Whenever they tried, the kids would beg to come home. Lawrence said he was grateful his kids were safe, but their absence was visceral. Madison lost two teeth during those 10 weeks apart. Gerard grew a shoe size.

‘I longed for them,’ Lawrence said. ‘They went through milestones without us.’”

– A tech entrepreneur is offering a $1 million prize if a local nonprofit in the Twin Cities area can build a regional system that would link providers of mental health and those who need help with addiction. As Twin Cities Business writes:

“[Charlie] Kratsch is motivated by his family’s personal experience.

About 10 years ago, Kratsch’s son came home from school having paranoid delusions. They wondered if it might be drug related. Kratsch and his wife brought him to the emergency room, where nothing was found in his system. The emergency room doctor planned to send him home, but before leaving, Kratsch’s son had to fill out a discharge form. While doing so, he kept editing language on the form. When the doctor asked him why he was doing that he said, ‘They’re out to get me.’

The doctor realized that something wasn’t right and put a 72-hour hold on Kratsch’s son.

‘That’s when our journey began . . . the thing [to do] was find him a bed in a mental health inpatient unit, but there were no beds available. That was my first eye-opener,’ said Kratsch.”

– Is it too late to invest in telehealth? According to the Motley Fool, the answer is absolutely not.

– Be careful investing in NFTs.

One of my favorite all-time bands is Bad Religion, the punk rock legends who have been in business since the early 1980s. I especially love the science-focused lyrics from guitarist Brett Gurewitz and singer Greg Graffin, who holds a doctorate of biology and who’s been a professor of evolutionary biology at Cornell University.

Last Tuesday, I saw Bad Religion live for the fifth time in my concert-going career. The band didn’t include this tune in its setlist, but let’s take a listen to one of my favorite songs from the classic 1990 album “Against the Grain.” The song is “Quality or Quantity,” but be forewarned, it’s not necessarily a song in favor of building your wealth.

Especially with lyrics like, “But who wants to live on just 70 cents a day?/Padding your pockets doesn't make this a better place/Cereal and water is a feast for some you say/Your price tag on existence can't cover your double face.” Check it out.

If you’re not on board with Winnie the Pooh memes, I’m not sure what to tell you.

And in the tradition of Atlanta sports writing legend Furman Bisher, let’s end this new column with his customary farewell . . .

Good to have a Cincy guy on board! Look forward to reading your posts.

Agree! And we can get his opinion on the chili…

Skyline for sure (or Camp Washington if I’m in a jam). Not Gold Star.

My thoughts exactly… I married an only child from Cincinnati so it was forced upon me.

What is a good way to contact you for possible article ideas?

Congratulations, Josh. My physician wife knows you through her brother. She says you once taught my step-daughter how to play Black Jack. Good to see you’re finally putting those number skills to work!

I remember that night! She was a very cool kid with a cool mom and cool grandparents.

We’ll have to agree to disagree there.

While the song “Quality or Quantity” may question materialism, the same album features the song “Walk Away” which is a veritable anthem for the FIRE movement. “Walk Away” even touches on the importance of educating the next generation and the perils of “one more year” syndrome!

Thanks for the Sunday read and congrats on the new gig!

Hey! Don’t be telling my employees to walk away. I’ve already had one retire! She told me today she has no idea how she ever had the time to work before.

Anyone that’s followed you over the years including Podcast #232 knows that your WCI retirement plan is “one of the best” and would be a difficult one to “Walk Away” from!!! Thank you for setting a high standard Jim and congratulations for getting Josh on the WCI team.

Understand that ethical wealth creation is possible. If you secretly despise wealth, it will elude you.