I read that I should put stocks in my Roth IRA and bonds in my 401K.  Is that true?

There is an immense amount of misunderstanding, even among financial advisers, with regard to this topic.  Asset location is a very important topic that has real impact on the accumulation of wealth.  But it isn’t quite as simple as some would have you believe.

For years those in the know have put tax-inefficient asset classes like bonds and REITs preferentially into tax-protected accounts (Roth IRAs, 401Ks etc) and tax-efficient asset classes like stocks (especially in total market stock index funds) into taxable accounts if necessary.  In our current historically-low interest rate environment, and especially given the spread between tax-free municipal bonds and other bonds, this doesn’t seem to make nearly as much difference as it used to, and some have even argued that the situation has reversed.

Some well-meaning financial advisers tell them to put the asset classes with the highest expected return into the tax-free accounts.  Since you expect this asset to grow faster, then it’s easy to see that after years of compounding, you want the bigger account to be the tax-free one.  The reasoning goes like this:

Your portfolio is 50% in a Roth IRA and 50% in a traditional IRA (let’s say $100K in each).  You have one asset class that you expect an 8% return from (let’s call this one stocks) and one that you expect a 5% return from (let’s call this one bonds).  Let’s assume you’ll pay 20% in taxes on average while withdrawing money from the traditional IRA.  Which asset class should you put into which account?

See!  You should put stocks in Roth, says the adviser.  This approach, however, is misleading.

It Doesn’t Matter If You Adjust for Taxes

The truth is it doesn’t matter AS LONG AS you adjust your asset allocation for the effects of tax.  The reason the “Stocks in Roth” approach earned you more money is that you took more risk.  You could have ended up in the same place by putting stocks in your traditional IRA and taking on a more aggressive asset allocation.

Few people actually do this, of course, since it’s a bit of a pain in the butt.  The math is a little more complex and introduces an unknown variable- your average tax rate on future IRA withdrawals.  But that doesn’t mean you can ignore the fact that a “Stocks in Roth” approach is riskier than a “Bonds in Roth” approach.

I confess I don’t try to figure out my asset allocation on an after-tax basis.  It gets especially tricky when you have a taxable account too since taxes on withdrawal are now at a different capital gains rate, there is additional tax drag as the investment grows, calculating the effects of tax-loss harvesting is nearly impossible, and your basis is constantly changing. 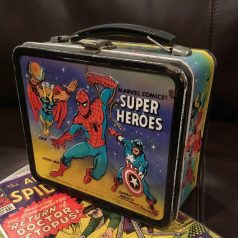 But I do realize that when I put stocks in Roth preferentially then I’m actually taking on more risk than my Investment Policy Statement prescribes due to my more aggressive after-tax asset allocation.

If you put your riskier, higher-expected return, asset classes preferentially into tax-free accounts, you will probably have a bigger nest egg in the future.  However, that is because you took on more risk, not because there is some magic free lunch there.

If you put your riskier, higher-expected return, asset classes preferentially into tax-free accounts, you will probably have a bigger nest egg in the future.  However, that is because you took on more risk, not because there is some magic free lunch there.

Focusing on tax efficient investments simplifies this question. When investing, focus on no-load index mutual funds. This includes stock index funds, bond index funds, and target date funds that are made up of index funds. You can find a wide assortment of index funds at Vanguard.com. Focus on reducing your costs to the lowest possible denominator (get rid of the middlemen like financial advisors, insurance agents, brokers, etc.) and this will reduce your transaction costs that a regular managed fund would incur. Less trading = fewer realized capital gains = less tax you will pay on those gains. You can learn more on this issue by going to my website: thecrazymaninthepinkwig.com. A place where you can learn without being sold.

Great article, but I have a question. I don’t follow the calculation where it says:

Can someone please clarify? Thanks.

It doesn’t matter what you put in your Roth AS LONG AS YOU TAX ADJUST YOUR ASSET ALLOCATION. If you do not, then putting stocks in Roth will lead to a higher risk/potentially higher return asset allocation.

Yes, I finally got it. Thanks very much. Dean

Wow, I must have missed this post somehow. Glad you linked to it in your recent one. It makes sense to me now. I’ll probably still try to keep my roth accounts full of stocks, but it’s good to know that there is more risk in that.

This is a helpful article on Traditional IRA /Roth IRA location during the accumulation phase, but I don’t think it adequately addresses the de-accumulation (retirement) phase. During retirement I am not going to withdraw money from each account equally. In fact, I will make the majority of my early withdrawals from my Traditional IRA, and then after those funds are depleted, from my Roth. (Note: I am ignoring money in my taxable account. I am also aware that a combination of withdrawals from both IRA accounts may help with tax planning). Thus it is make investing sense to put higher growth / higher risk / longer term investments like stocks in my Roth account. This also minimizes the sequence of return risks during earlier years (see Kitces and Pfau) by withdrawing funds from more conservative (bond) investments in my Traditional IRA.
Comments?

I disagree. You’re simply taking more risk. Of course you expect higher returns from that. And that’s fine to do, but just realize what you’re doing.

I am in the same boat as Ricky. This is a great post that I missed from a few years ago. I think that the concept of after-tax asset allocation is pretty cool. I, like Dean above, had some difficulty understanding the example above, but now it makes great sense (great clarification WCI).

I think a true after-tax asset allocation would be most important to consider for people with larger Roth accounts. It would also be more complex to calculate for investors with Roth, 401k, and taxable accounts in their portfolio. The main problem I see with using an after-tax asset allocation is that your taxes on withdrawal can be only estimated. Using some of the methods described by WCI in other posts, for the average physician or professional, taxes could be very low in the withdrawal phase if a combination of 1. “filling up the low brackets” 2. Social Security 3. using some long term capital gains to supplement income or 4. Roth withdrawals (I know many would want to use as a “stretch” Roth IRA, so it might be used last). To keep the conversation going: wouldn’t a low tax bracket in the withdrawal phase (very possible for many docs) limit the effect of an after tax asset allocation?

You’re right, the lower your retirement tax bracket, the less any of this matters. Truthfully, I mostly ignore it. I just think it’s important that people realize that the strategy of putting your riskiest assets in Roth does increase your expected return, but only because it increases the risk of the portfolio.

“If you have trouble imagining a 20% loss in the stock market, you shouldn’t be in stocks.”