This one came in via email. I've obscured enough details to protect the innocent.

I am a senior resident in my early 30s with a stay at home partner and three kids, $225K in student loans, planning to move to take a job in Hawaii with a 2-year partner track during which I will make $350K. In preparation for a new level of income, I have been trying to make a spending/allocation plan according to your advice and I am having a lot of difficulty with it. Currently, we rent, drive old clunker cars, and moonlight every chance I get with my total income of 100K per year. I have absolutely no retirement savings of any kind and quite frankly I'm struggling to make ends meet and that's in a non-high cost of living area.

I am living like a resident, don't splurge on anything, never go out, but I do send kids to a couple of extracurricular activities and take 1-2 inexpensive family vacations per year because I simply need them for my sanity. In Hawaii, we will rent, we need to upgrade our cars to something newer ( definitely not new and nothing fancy), we will start paying out loans and our 15K credit card debt and I will have 2 kids go to private school as Hawaii does not have any half-decent public schools. When I make my calculations I again have barely anything left to save for retirement. I look 7 years out and I just don't see it ever getting better. I feel like I will never be financially comfortable, will never own a home, and will never have enough saved for retirement for myself and my husband no matter what I do. I just don't understand where do people find the money to max out their 401K, IRA, and HSA every year let alone fund emergency fund or anything beyond that. What am I not getting? I realize that some physician families make even less than I do, but after taxes, school tuition, loan payouts, and rent in Hawaii I have nothing left. I just can't seem to find the answer. I would greatly appreciate any advice.

Let me see if I can help you wrap your head around this concept.

You spend too much money.

That's it. Seriously. It's that simple.

I don't know exactly where your money is going. And I don't think you do either, but that's why you can't hold on to it.

You Can Do Anything You Want, But Not Everything

This is probably a really good exercise for you to start budgeting with your attending income, but from your email, I suspect this is the first time you've ever done it. That's okay, it's hard in the beginning but it gets easier with time. Budgeting is really just making sure your limited income (and we all have limited income) is going to those things that you value most. What this proposed budget you are discussing is saying is that you don't value retirement or financial independence as much as some other things. That's fine, as long as it is a conscious decision on your (and your spouse's) part to have a long career and an impoverished retirement on nothing but Social Security in order to allow you to live in Hawaii, rent a nice place, drive nice cars, take nice vacations, and put your kids in private school. I know that all of that seems very reasonable to you to do. BUT, the truth is that you can do anything you want, but not everything. You're trying to do everything, and you can't do that and still make any sort of financial progress.

Ideas to Save Money

If you want to see where you can save money, I suggest you actually post your proposed $325K budget on the WCI forum and let forum members pick it apart for you. You can do it all anonymously, but I bet you get a lot of good feedback (and a few snide comments.) Here are some potential places you could save money:

10 Ways to Save as a New Attending 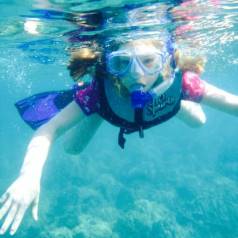 Instead of moving to high cost of living Hawaii where you'll pay a ton of tax, need to replace your cars, and where every vacation off the island will cost you a ton, move to Texas. No state income tax (just saved enough to pay for retirement savings right there), it'll cost you a lot less to move there, and you can even keep the cars you have for a couple more years since you can drive them down there.

Instead of putting the kids in private schools, you can find the best public school that you can and supplement it with some home study stuff until your student loans are gone and you can splurge on private schools.

Instead of upgrading the cars, downgrade the cars. I'm amazed what some people think is necessary in order to have a “reliable car.” I've had $2K cars that were plenty reliable (had to get one jump start in four years, drove over to AutoZone and got a new battery on the way home.) My next car was $4K. A great deal of the reason I was a millionaire 7 years out of residency on half of your income was that we didn't spend much on cars. Or here's an idea. Ride your bike to work. I did during residency and most of those first four years.

Figure out a different way to maintain your sanity than retail/vacation therapy. I'm not saying don't go on vacation, but now isn't the time for vacations that involve planes and hotels.

Figure out a plan to get rid of those loans in less than 5 years. That'll free up a lot of money that can go toward saving and spending. Refinance your student loans and then send them a big check every month. They should be gone in 2-5 years.

Sit down with your husband every month and track everything you spend to the penny. I bet you find a lot of fat that isn't making you any happier that you could cut out.

Remember the average American household makes $55K. $55K. That includes lots and lots of people in Hawaii. Go figure out how they do it and copy them. Imagine what they would say if you tried to convince them you couldn't save money on $325K. They'd laugh in your face and deride you as an out of touch elitist. Part of that is they don't understand your big student loan burden and just how much you'll be paying in taxes. But part of it is simply that you spend a ton of money.

For Heaven's sake quit using credit cards for credit. Pay them off with your first paycheck and never carry a balance again. Interest needs to be something you receive, not pay.

Remember that putting money in retirement accounts cuts your tax bill dramatically. So if you put $30K in there, not only do you knock $10K off your tax bill, but you still have all $30K to spend later! [Okay, that last part is slightly misleading.] 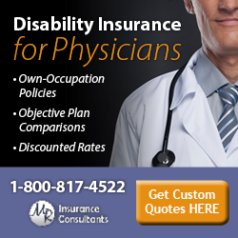 Hope that helps. I empathize with you. It's harder than most people think to live on $350K, but it's not THAT hard. You can do it. Just track your spending and meet with your spouse once a month.

What do you think? What advice do you have for this graduating resident (and the thousands of peers with the same question?) Comment below!

Just reread all of your comments and took some notes. We have a good idea about public schools and will be looking for rent in those specific areas. As for private, we have invitation to both St. Andrews and Le Jardin for our son and we can’t decide… especially considering that we don’t know yet where exactly we are going to live. Decision to pick one or the other is due in 6 days… I suppose we should go with St. Andrews as their location is more amenable to driving from other parts of the island compared to Le Jardin… and the tuition is a bit lower. At the same time Le Jardin’s campus looks amazing and the school is not religious, but that would probably limit us to renting in Kailua (very specific area of Kailua based on your public school recs) which in poor rental market is not ideal.. Decisions, decisions… what would you do?

Between LJA and St. Andrews, I would probably choose based on location more than anything else, and on the lifestyles and people in those locations. Whichever is closer to work, and get a place close to work, to maximize time with children and free time, and reduce car usage… That would probably mean St. Andrews, which is probably cheaper anyway, further solidifying the choice.

If your work is Windward, and you want IB, really want more whites, or you just really would prefer a Windward lifestyle (more relaxed and perhaps more boring/suburban), then LJA might be a better answer.

If Christianity in school is particularly important to you, then St. Andrews wins hands-down.

Also, right now the Pali Highway is open only during certain hours, only one-way, and only those hours on weekdays. This is due to construction after a landslide. Until construction ends (September?), this will frustrate travel between Honolulu and Kailua – another reason to emphasize location.

At over $300k salary, you are likely going to work in Honolulu, or very close nearby (e.g., Tripler military hospital). So…. St. Andrews would be my pick.

Sometimes people come from the mainland and are unpleasantly surprised at how very rural most of Hawai’i is.

If you want to be close to stuff like a museum, concert hall, etc. – there is really only one place on O’ahu comparable to the mainland (in that way): Honolulu proper. It’s dirtier and truly urban, but is close to things you might want to be close to without requiring too much driving, including certain things for children, like the zoo. So, St. Andrews.

That said, many mainlanders come here precisely to avoid all that, and to return to more of nature, peace, and/or a life of chill/calm. If you’re that person, then Windward would be better (and other parts of the island even better, like the North Shore – but we’re considering schools, here, so….). Sorry to sound cliché, but it’s a personal choice.

I hate long commutes and find a “lifestyle” isn’t as enjoyable when you’re working and commuting so much to enjoy it, so, for the sake of time, I’d personally go for the option closest to work. Going private, as acceptance is generally not geographically based, gives you that option.

Sorry for so many responses, but another piece of advice I’d give is: IF you go with St. Andrews and live in Honolulu, I’d still advise living in east Honolulu. Not necessarily as far as Hawaii Kai, but the Diamondhead area if you can afford it. That area is MUCH nicer than the area immediately surrounding the school.

…. Either that or some really nice highrise condo right in the thick of things, like Waikiki or closer to the school. All these areas are expensive, but, well, you’ll be making 700% what most people make here, so it might be worth the price to you.

Writing that feels strange because I feel like I’m always telling people to avoid Waikiki, which is notorious for being an overpriced tourist trap with crowds and petty thieves… If you’re in the right building, though, living there does offer things a typical city offers – and it’s still more relaxed than, say, New York.

The stock market is filled with individuals who know the price of everything, but the value of nothing.