If the biggest threat to a doctor’s long-term financial well-being is a lack of education about money, how it works, and how it can work for them, teaching those high earners and getting them to modify any bad behavior are of the utmost importance. That, of course, has been The White Coat Investor’s daily mission for the past decade.

It’s not just education, though. For Michael Thomas—a lecturer on financial planning at the University of Georgia who also runs a financial coaching service—it’s also about adjusting your mindset. It’s about adjusting your direction and changing the way you see things if your path has become too bumpy. It's not necessarily financial literacy as it is financial therapy.

“There are a multitude of options in this continuum of education in the financial space,” Thomas told me a few months ago at FinCon. “Investing is just one element. Wealth management is just one element. Debt management is just one element. Financial therapy is a different element. It’s allowing for people to be aware there are other resources that are available. We can talk about money from a different perspective than what we have tunnel vision for. That allows us to create the space to revisit our beliefs and our attitudes or, even better yet, help us have a healthier perspective than what we have now.”

Thomas completed his PhD, in financial planning, and since then, he’s taught thousands of college students about financial literacy while working with clients on financial coaching and behavior management. Though medical schools traditionally haven’t worked with aspiring physicians on how to handle the millions of dollars in earnings they’ll eventually accumulate—doctors in residency, if they’re lucky, might get at least some basic education—the financial planning program at Georgia has worked directly with the veterinary school and the law school to begin the process of financial literacy.

“A lot of these schools are realizing that from their alumni who are saying, ‘I wish I would have known more,’” Thomas said. “Even something as simple as taking a couple of business classes to understand the nuance of how you manage a business or run a practice. When you’re a doctor, it’s not just about treating people. It’s about managing your business too.”

Thomas has an interest in psychology, and he’s tried to infuse financial therapy into the conversations he has with his clients. Six years ago, he’d speak to a financial planner about utilizing financial therapy. For the most part, they wouldn’t have a clue what he was talking about.

Now, when he’s working with his own clients, Thomas can explore relationship dynamics and how that affects their bottom line. He can discuss how expectations don’t often reflect reality. He can talk about why doing social comparisons to measure your success isn't a great idea, especially for doctors. That’s particularly true if you’re a young attending who looks at the fancy lifestyle of a late-career doc who’s already reached financial independence. 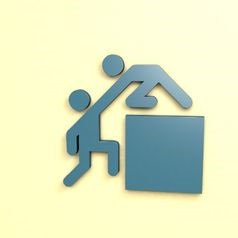 “It’s not even just keeping up with the Jones’s,” Thomas said. “I take it a little further. It’s actually about verifying that you belong with the Jones’s. This is about belonging, not just keeping up. It signals something in the social connection. If that is you only approximate your worth and value of where you are, we’re really talking about a financial therapy-type situation that we need to address beyond just the financial literacy.”

But what about a physician who’s close to retirement age and who doesn’t have enough money saved or invested? What about if it’s a white coat whose expectation of what their financial life could be doesn’t marry up to the way their life actually is, or if they’re measuring their success by making social comparisons to other colleagues and friends?

“The biggest thing is setting appropriate expectations,” Thomas said. “Everything else is, ‘All right, where are we [on the financial journey]? There’s no shame. What’s happened has happened. Now, how can we move forward, and can we do it in a way that’s sustainable?’”

Working with doctors can potentially be difficult for Thomas. He said it can take longer to thaw the ice and cultivate a relationship. It can take longer to gain their trust. For Thomas, the conversations with high earners tend to be about the raw numbers at first. Then, after the connection is made and the trust is established, he can have different discussions with a physician that can lead to a different mindset. That might be when he can begin practicing financial therapy.

Even still, he consults with clients who are in the top 1% of earners (or even in the top 1% of the 1%), and they’re stressed with their money lives and don’t feel like they’ve done enough.

Yet, even if you’re a doctor who doesn’t have enough in retirement if or you’re constantly worried about making the wrong financial moves, Thomas has a positive parting thought that can make you feel better, whether you’re next to the Jones’s or still many miles behind them.

“It’s literally like a GPS,” Thomas said. “Even if you make the wrong turn, you’re just going to be redirected. If you stay on it, you’ll make it to the destination.”

If you’re a physician who’s feeling burned out and desires coaching, The White Coat Investor can help. With our Burnout Proof MD program, we can assist you in getting back to the place, mentally and physically, that will allow you to be at your best and to make sure you continue forward with your financial plan. End the struggle and remember why you wanted to be a doctor with Burnout Proof MD.

A Look Back at Black Monday

Here’s an interesting look from Bill Bernstein at Humble Dollar at what it was like to experience Black Monday, the day in 1987 when the markets lost more than 20% of their value. Bernstein wrote that he lost six figures in the span of a few hours, but he learned a few things on that fateful day as well. In this story, he writes about two important lessons he took away from that day and in the years after.

For what it’s worth, I’ve been reading about even more stock market history. Based on our Best Financial Books for Doctors post, I’ve been perusing The Great Depression: A Diary, a real-time journal from an Ohio attorney who lived through the 1930s and continuously learned lessons from what was happening around him. It’s interesting stuff.

Oh, and if you want to hear Bernstein speak at WCICON22, there’s still time to sign up to attend the conference virtually.

Stock Market Correction Is a Feature

In case you’re worried about the beating the stock market has taken in the first few weeks of 2022, Ben Carlson at A Wealth of Common Sense is trying to calm you down. As he writes,

“It is important to remember this is just something that happens from time to time in the stock market. The only reason you get high returns over the long run is because you occasionally experience losses in the short run. This is a feature, not a bug.”

Double-digit corrections, for what it’s worth, are not an uncommon occurrence. So, even if you see those market numbers continue to slide, it’s not time to panic.

Doctors are so very tired. How tired are they? According to this story in The Guardian, one in four doctors in the UK are exhausted to the point of impairment, thanks in part to the pandemic. And it’s leading to memory problems and major lapses in concentration.

“One described how their patient collapsed after being prescribed penicillin, something they had previously told the same doctor they were allergic to. The doctor blamed a ‘perfect storm’ of ‘chronic fatigue’ and ‘an unmanageable workload.’ Another said widespread staff shortages meant ‘mistakes are more frequent by the end of the day.’”

As we bid a fond farewell to Meat Loaf, who died on January 20, let’s take a listen to his 1993 hit “Life Is a Lemon, and I Want My Money Back.” After hearing this song for the first time just now, I realize that this tune should have been my wheelhouse for my entire life. It was released in 1993, but it sounds like it came directly from the hard rock factories of 1987, combining Dio, early Dream Theater, a touch of Phantom of the Opera, and maybe a little bit of Rocky IV-era Survivor.

The song is more about a life that stinks than it is about money. But the lyrics are totally angsty, and that’s always a good thing (especially coming from a dude who was in his mid-40s at the time this song was released who would eventually reportedly be worth tens of millions of dollars):

“And we're always slippin' through the cracks/Then the movie's over, fade to black/Life is a lemon/And I want my money back.”

Personally, my favorite Meat Loaf morsel is the gimmick-filled “Paradise by the Dashboard Light” (followed closely behind by his cameo in Tenacious D’s “Kickapoo”). But “Life Is a Lemon” is pretty darn fun, too.

Everyone is doing the 10 year challenge, here’s one:

To fight inflation, you must invest.

Have you ever engaged in financial therapy? Have you ever considered using a financial coach? Was Meat Loaf better as a hard rocker or as a love song crooner? Comment below!

Meatloaf is definitely better as a love song crooner. Seems I would do anything for love got a huge amount of streaming hits when the dude died as per one website:

However Might be biased as many older folks when Paradise by the dashboard light came out might not really be streaming music types.

Man I loved life is a lemon! I did have the bat out of hell 2 album on cd. the song didn’t get much traction might’ve been too far buried into the CD to get noticed.

I remember my dad first introducing me to “Paradise By the Dashboard Light.” It was pretty darn enlightening.

If you haven’t yet read it, you should check it out. Based on this post you will probably like it.

I love that you think I haven’t read that book. You know Morgan was a speaker at the 2020 conference and that book is on my recommended list right?

Before you can become a millionaire, you must learn to think like one. You must learn how to motivate yourself to counter fear with courage.