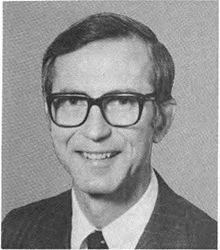 If there is anything I like less than taxes, it is stealth taxes.  One such stealth tax was first instituted in 1990 under the direction of Congressman Donald Pease of Ohio.  Remember this was during the reign of George Bush I, who was elected under the famously parodied phrase “Read my lips…no new taxes.”  Raising taxes (even on high-earners) was very politically unpopular at the time, so it was important that any tax increases be disguised so most people wouldn't realize what was going on.  These “Pease taxes” are actually a decrease in your deductions, rather than an increase in your marginal tax rate.  These taxes were gradually eliminated from 2006 to 2010, but as part of the recent “fiscal cliff” deal, they were re-instated starting in the 2013 tax year.  So how do these work and how will they affect most physicians? 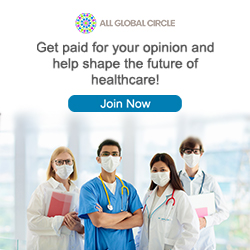 One Benefit To Paying AMT

The good news is that if you're already paying Alternative Minimum Tax, this probably won't affect you.  The Pease limitations only apply to the regular tax code, not the AMT system.  Remember that under the AMT system, everyone gets an exemption of $80,800 ($51,900 Single) no matter how many kids they have.  It has its own phase-out starting at $153,900 ($115,400 Single).  I suppose it is possible for the Pease phase-outs to cause your AMT to be completely eliminated by increasing your tax due under the regular code, but this would seem to be a pretty rare problem, and at least you could console yourself with the fact that you no longer owe AMT!

The Bottom Line of Stealth Taxes

Many physicians won't be affected at all.  A married doctor making $300K won't owe more tax due to either phase-out.  A married physician with an AGI of $400K will have a higher tax bill due to a slight decrease in his itemized deductions and a big decrease in his exemptions.  The real loser here is the doctor with an AGI of $600K and 10 kids.  His federal income taxes could go up as much as $23,500!  When you combine this tax with the higher top income tax rate (35%–>39.6%), the new Obamacare taxes (2.9%–>3.8%), and California's millionaire tax (10.3%–>13.3%) the most well-to-do among us really took it in the shorts this year.

Of course the phsician with a 200,000-300,000 agi is likely already paying amt if they pay any state income tax. So like you said, minimal if any effect.

The 2013 exemption and deduction limits are in the Numbers Unlimited sheet I sent you http://financialplaninc.com/numbers-unlimited. For married filing jointly exemption is $300,000 – $422,500. The deduction phase out starts at $300,000 for MFJ in 2013. These numbers were set in the ATRA, so no need to try to adjust for inflation yet:)

Great post! We have a lot of doctors asking if they are losing their mortgage or charitable deductions due to this issue. The media hasn’t helped as I’ve seen rampant errors with the media claiming the mortgage deduction has been capped (totally wrong).

Here’s the best answer I can give to address the specific mortgage and charitable deduction question:

– Those getting hit by the PEASE phaseout will pay extra taxes of approximately 1% on any income over the threshold. (rather than 39.6% its closer to a 41% tax rate)

– And if you live in a state where your state income tax rate is 3% or greater, then you are not losing any mortgage, retirement, or charitable deduction benefits because you’ll max out your lost deductions against your state tax deductions (you could insert property taxes here as well).

– This isn’t just trading apples for oranges because physicians often base some element of their financial decision on the tax impact so when they ask the question “Am I losing my charitable deduction?” they are usually referring to a future contribution. Therefore, if they’ve already lost all of the deductions they are going to lose from the phase out due to their state tax rate, then we can safely say, “No, you are not losing your charitable deduction. You will still get the tax benefit by making your new contribution.” Similarly, “No, you are not losing your mortgage deduction, maintaining your mortgage still costs less than the actual interest cost due to the tax deduction.”

– The main physicians we are seeing actually lose some of these benefits are physicians who live in states like Florida, Texas, Tennessee, and Washington with no state income tax, who rent (therefore no property tax), and have high incomes. In those cases, we are running into some major instances where mortgage interest (on a new purchase) or charitable contributions are losing their tax benefits. The physicians in those same states are usually the ones not getting hit by AMT (due to no Schedule A deduction for state income or property tax), so it definitely becomes a big consideration if the tax deduction was important to the decision.

For those who want to get technical, I’m only referring to the PEASE portion of the phase outs here – not the PEP portion.

High income MDs in states with no income tax definitely have something new to watch out for!

Thanks to those who wrote in or posted comments helping me get the numbers correct. Although they didn’t change the message much, it’s important to me to have accurate information up.

Glad to see you post this and explain it so nicely. I agree with Tom Martin about the widespread errors in the media. I saw several articles that made it sound like those making above 250k would lose their mortgage interest deduction.

Here’s perhaps a better way to understand the effects of these stealth taxes.

This holds for all taxpayers whose AGI puts them in the phaseout range. For those beyond it (as you note, not a likely scenario for most), marginal tax rate does not increase by 3% but the value of deductions are simply reduced by 80%.

Then, of course, for high income taxpayers with investment income, there’s the additional 3.8% on top of these rates, even the AMT.

The phaseout for personal exemptions is somewhat more complex in that it reduces their value by 8%/$10,000 (although stepwise per each $2500) of the total family’s value of the phaseout amount. Thus, the loss, over the $125,000 range of the phaseout, is a function of both a taxpayer’s marginal rate and his/her/their number of total claimed dependents. For “high income” taxpayers, these personal exemptions will be reduced to zero.

Incidentally, I believe that both of these phaseouts begin at $300,000/$250,000 for joint/single filers. See, for example, http://www.forbes.com/sites/greatspeculations/2013/01/09/pease-limitation-puts-a-lid-on-itemized-deductions-for-wealthy-folks/.

Thanks for your interesting discussions.

Great article to stay on top of the challenge and forsee upcoming obstacles. I definitely felt the sticker shock of these new stealth taxes when the final month of income for 2013 pushed my wife and I into the phase out range and nearly wiped out our personal exemptions all together. Very painful news while trying to pay off those lingering student loans. Looks like our effective income tax rate will be about 41% for a dual physician household with one SE attending (6 months grad)and other W2, high tax state, and ~10% gross saved for retirement. We will do approx 20% for retirement next year but have been throwing all extra income in 2013 at student loans to become debt-free by June 2014. To meet that goal I will likely need to take even more calls or get another gig or two. I am grateful to be staying healthy and hungry in this high tax environment.

41% is terrible. What state are you in? Hopefully once the loans are gone you can take greater advantage of retirement accounts to lower that a bit.

The line between bold and reckless is thinner than people think, and you cannot believe in risk without believing in luck, because they are two sides of the same coin.