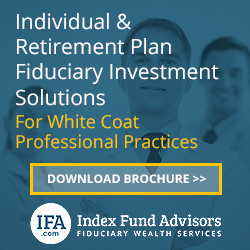 I was perusing the Mr. Money Mustache blog the other night on a slow night shift. I really like Pete (yes, he actually does have a name) from meeting him both in person and online. (We first met at a swanky dinner paid for by somebody else.) We’re pretty much the same age, live in similar areas of the country and share lots of interests- we both enjoy personal finance, we hate spending money on stuff that doesn’t make us happier, we both enjoy cycling, although I confess not to enjoy it very much in the snow, even if I did it just the other day (this was written months ago), and we have both conditioned ourselves to enjoy suffering just for the sake of suffering. We do have some differences. He has more money (I think) and spends less of it. I make more money (I think) and definitely spend more time earning it. He retired at 30. I had not yet started working at 30. At any rate, if you’re not familiar with his financial philosophy, you would do well to learn about it. Let me sum it up in a nutshell. First, his story.

He and his wife graduated from college and were making a decent amount of money. They saved 65% of it for seven years, then retired at 30 so they could raise a family. They still do some work, both for free and for pay, but are not financially required to do so. He has a website with 10-20 times the amount of traffic as mine, about similar to the Bogleheads forum (which has over a hundred threads started a day.) He makes some money from it, but as near as I can tell, the site is dramatically “under-monetized.” I don’t think he cares. He’s already spending so much less than he earns, that he doesn’t need a dime from the site. He’s basically living on $25K a year and loving every minute of it.

The Philosophy of Mr. Money Mustache

Here are the key points of his financial philosophy:

What’s not to like, right? Some call him extreme, but I don’t find him all that extreme to be honest. He is merely the Henry David Thoreau for our time. He’s a fan of simple living in natural surroundings. A simple life with simple pleasures can be lived very inexpensively and with reasonable financial management, can be coupled with a ridiculously short career. 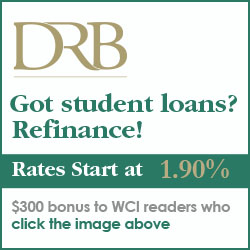 Some of these criticisms aren’t so much of Pete (because when you read carefully or meet him in person you realize he is a very reasonable person), but rather of those who buy into his philosophy as the solution to their woes. But here we go anyway.

I get this whole vibe from reading Pete’s story and the stories of those on his site and forum that they hate (or in many cases, hated) their jobs. Sermo (online physicians forum) feels the same way sometimes. Well, here’s the deal. If your work sucks, the solution isn’t necessarily to save some crazy percentage of your income so you can quit working ASAP. There is an alternative solution. Such as getting a job that doesn’t suck. There is a whole group of people out there who have found something they feel so passionately about that they would do it for free, or perhaps even pay for it. Sometimes the work is an unpaid or poorly paid pursuit. Other times it is very well paid. But that seems like a far better ideal to strive for to me. For example, I followed a link to the blog of a young retired attorney who followed a similar path to early retirement as Mr. Money Mustache. Now he spends hours a day video-gaming. He blogs about how he isn’t accomplishing anything or contributing anything to society. Is that really the point of good personal finance?

I remember the last time I didn’t have a job (well, not including my deployment to Qatar where I only “worked” 24 of every 96 hours, worked out for 3 hours a day, and had someone who cooked, cleaned, and did my laundry.) It was the summer between the 1st and 2nd years of medical school. I had a military rotation right in the middle of it, so I had several weeks on either side of the rotation with little to do and not enough time to do any real research or get any real job. I went golfing every day (the university course sold me an unlimited three month pass for $100 or so.) Then I played some video games. After a few weeks, I realized that if you do not have meaningful work, even leisure starts to feel like work. Brigham Young characterized the ideal day as 8 hours of work, 8 hours of recreation, and 8 hours of sleep. I think there’s a great deal of wisdom there. As doctors, we’ve all seen people who retired to a life of nothing but depression, deconditioning, and death. No sense in retiring until you have something meaningful to retire to. 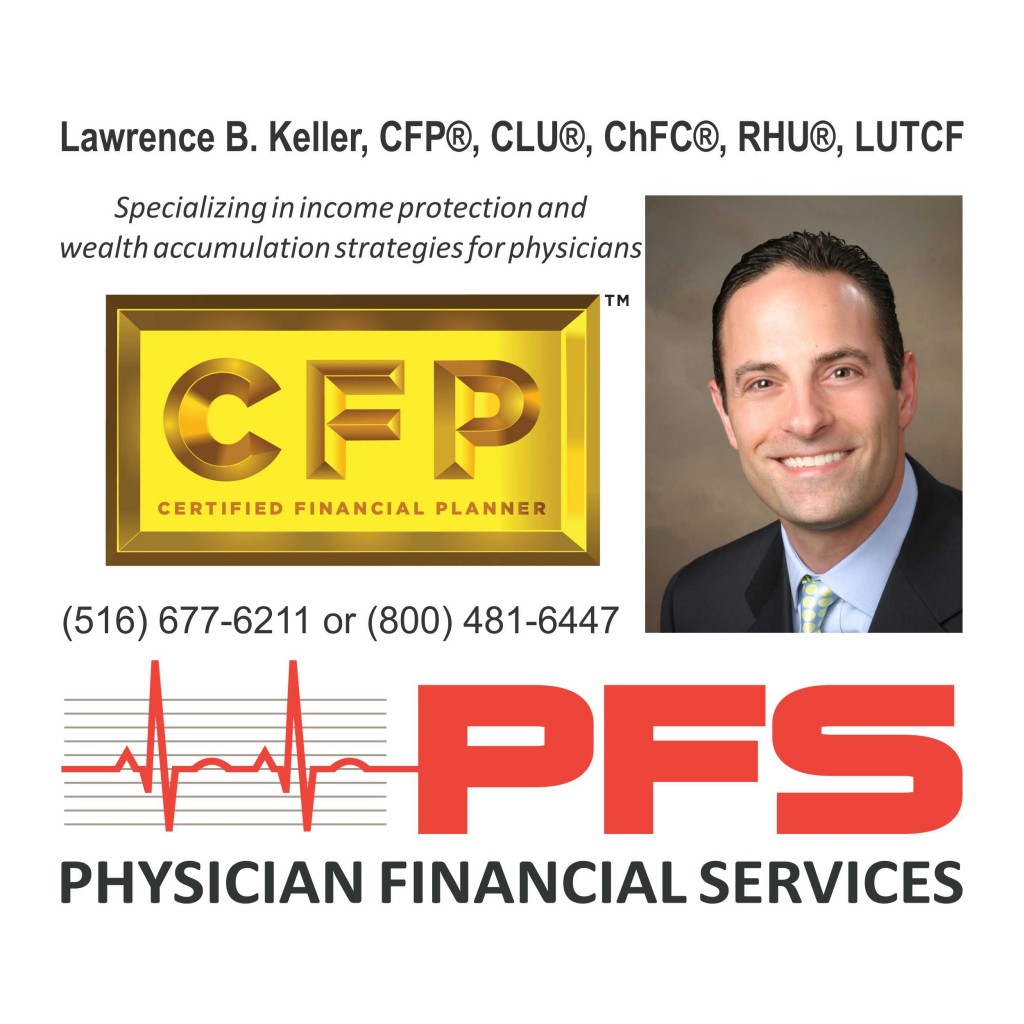 # 2 Cheap Hobbies Are Not Always Just As Fun

Mr. Money Mustache frequently extols the virtues of a walk or bike ride in a blizzard, working in his woodshop, or brewing his own beer. He has trained himself to find great joy in these simple things. But some people simply find more happiness buying more expensive things and doing more expensive activities. If they can afford these items and experiences while still meeting financial goals that are very easily met from working at their high paying job that they enjoy, then I say more power to them.

For example, mountain biking on the trails behind my house is pretty fun. But mountain biking in Sedona, Fruita, and Moab on my new fancy mountain bike is REALLY fun, but 100 times as expensive. Is it 100 times more fun? Probably not. Can I afford it? Definitely. [One of my partners, who reads both MMM and WCI regularly says this, “I love MMM, but his bike sucks.”] 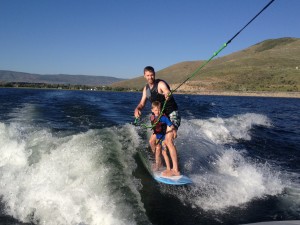 Surfing with my son behind the new fancy boat

Going to Lake Powell in my 13 year old, $6K, 135 HP boat is pretty fun too. But going in my new fancy 410 hp wakeboat is going to be a lot more fun, especially because I’ll be able to take twice as many fun people. Will it be ten times as much fun? Probably not. [Update prior to publication- It’s at least 3 times as fun.] But I can afford it. I do lots of other fun stuff that costs money too- ice hockey, skiing, climbing, canyoneering, going on vacation every month etc. I wish I could have just as much fun knitting as I do playing hockey. But guess what, I don’t. And that’s okay.

# 3 Doing Things The Hard Way Is Not Always Better

Mr. Money Mustache goes out of his way to make his life hard. For example, he takes his bike and bike trailer out in a blizzard to pick up 85 lbs of groceries just to say he did it rather than driving his car 1.5 miles (or just waiting until the blizzard is over.) I grew up in Alaska. In Alaska, there are a lot of people who like to do things the hard way. They live in places that don’t have roads to them, for example. They build their own cabins, chop their own wood for fuel, hunt their own food, and in general live completely off the grid. There are a lot of odd people out in “The Bush.” Pete is way too social for that kind of existence. But if he were a bit more antisocial, he’d fit in just fine up there. Like this guy. Who decided to walk 50 miles in a single push. Between two roadless towns. At 33 below zero. Starting at 7 pm. With nothing but Jolly Ranchers. For no purpose whatsoever except to see if he could do it. Welcome to Alaska.

But here’s the deal. Doing things the hard way takes more time and energy and planning (mental energy) that may be able to be used in a better way that will contribute more to your happiness, your relationships, and the community around you. Instead of spending 2 hours on a grocery store run on your bike, perhaps you could run down and back in 30 minutes and spend an hour and a half volunteering at the school. Or playing with your kids. Or helping someone out on the internet. Or working out. Or doing a craniotomy on a 14 year with an astrocytoma. Yes, taking the car will burn more gas, ruin the planet, and cost you more money. But there are more important things in life than a gallon of gas. Life is all about trade-offs like that. (Nevertheless, I was pretty impressed that he only spent $71 on gasoline in 2014.) 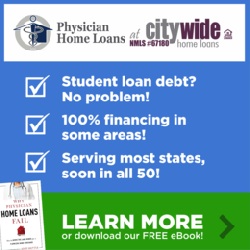 # 4 A Scarcity Mentality Can Hold You Back

Mustachians focus almost exclusively on cutting financial expenses. But in personal finance, sometimes it is easier to cut expenses and sometimes it is easier to boost income. If you focus too much on just expenses, you end up with a scarcity mentality. This is when you’re focused on getting and keeping your piece of the pie, as opposed to an abundance mentality when you realize you have the ability to make the pie bigger. For example, a doctor could paint his own house and save $2000. Or, he could take the 4 days he would spend doing that, go do some surgeries or see some patients and make $8000. Even after paying 45% of that income in taxes, he’s still way ahead. Plus the paint probably looks better. Plus to me seeing patients is more fun and contributes more to society than painting my house. There is plenty of waste in life, but sometimes wasted time is more expensive than wasted money, especially for a high earner. I think a lot of Mustachians (and even Bogleheads) don’t get that.

At any rate, I think everyone serious about their own personal finances should spend some time on Mr. Money Mustache. While you may not agree with everything he writes, nor find yourself to be nearly as extreme, you will almost surely realize that you can be just as happy working less and spending less than you do now.