I get lots of doctors asking me for advice from time to time. The day before I wrote this piece, I had two online conversations with two separate docs, with two different financial situations, but both illustrate an important principle.

The principle is that a doctor's most important wealth-building tool is their income, and the more of that you can siphon off from your lifestyle in order to build wealth, and the longer you can do that, the better off you'll be. The more wealth you can build, the sooner you will be financially free to do whatever you like. Now, none of us are immortal. Delaying gratification indefinitely just causes you to be the richest person in the graveyard. Moderation in all things. But the lack of patience I see in young doctors within the first few years out of training is appalling.

Grow some patience people! Grow some financial muscles! Just because you don't want to defer gratification forever doesn't mean you can't defer it a little.

Let's look at the two situations, and realize that both of these docs are doing pretty well compared to most of their peers, so I don't mean to be critical of them personally. I've disguised and removed enough details that nobody but the writers will recognize their situation.

Doc #1 is a dental subspecialist with a barely seven figure income within just a few years of training. 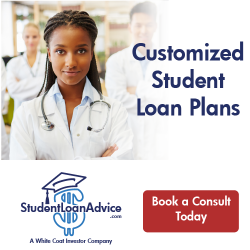 This doc and partner are anxious to build their dream home on this lot. So anxious they've not only purchased the lot, spent $50K on having plans drawn up, gotten a bid on construction (>$1M), found financing, and made plans for a boat lift for a boat they don't even own yet. But just before pulling the trigger, they hesitate and write me, basically asking for “permission” to start building. They note they're going to build the dream house at some point in the next 3-5 years, it's just a question of when.

My answer was, “Soon, but not yet.” The reason why comes from reading between the lines. Here are a few quotes:

“I stress every day and every minute because I'm only booked out 1 month max.”

“If we add another $1M [in debt] that makes $120K/year in interest alone! That is crazy. We would be totally committed to the bank and if my practice went downhill we would end up being house/practice/real estate poor—making monthly payments and barely getting by. If we pay off all these loans and crank out another 2-3 good years in practice, we could honestly pay for construction with cash if we needed to.”

“When it comes down to it, I want to do the most financially smart thing to do. I can envision not having any debt and making $1M a year and how incredibly free and powerful that would feel.”

“I go back and forth like an insane person about this.”

This doc is falling prey to this idea pushed by society that owning fancy cars and houses brings happiness. But what is making them miserable? Okay, that's probably too strong a word. But what is causing the stress? All this debt is. They know that something could happen to the doc or the practice and they'd be left with a $2M millstone around their necks. They know that despite a seven-figure income, they still have more in student loans than in retirement savings. They're leveraged up to their neck, and it wouldn't take much of a wave to put them underwater. This doc is running on the practice treadmill at 60 mph hoping not to stumble.

Meanwhile, they're paralyzed from moving forward because of too much analysis. $750K in cash and $2M in moderate interest-rate debt. Earning at 1% (before tax) and paying 5% (after tax) isn't a winning strategy.

But the main problem is a lack of patience. If they would take care of business and stop spending money they don't have (don't kid yourself, that's what debt is), they would have all of this stuff they desire AND be financially independent within 5-10 years. Putting that house off for 2-3 years, directing that $750K at the debt, and putting everything else toward the other debts for the next couple of years would make a world of difference in their financial lives. I am positive they would be happier in the long run by delaying building on the lot. What I really worry about though is their habits. They've made a habit out of buying stuff before they have the money. They think in their minds that this process will stop after they build their dream house. But will it? Maybe not. Is someone that bought an education, two homes, a practice, and two cars on credit really going to turn around and pay cash for that boat? Not without changing their habits.

This couple is probably going to be fine eventually (I think) because I see them gradually changing habits. Plus, with that sort of income, you've really got to screw up to not become wealthy at some point. But it's hard to watch when you see just how close to financial freedom this couple could already be with a few different decisions.

At the same time, I was exchanging emails with doc #1, I was having an online conversation with doc #2.

Doc #2 is a one-physician couple 3 months out of residency. Despite having read my blog for years, they have already purchased a home as soon as they got out of residency. They have less than $50K, and most of it is in an escrow fund designated for repairs on the house they purchased. And those repairs really are mandatory, given that they're currently living in a corner of the basement of the house. The questions they wrote me with were really about how much to pay for their fourth-quarter estimated tax payment in January.

But what I took away from the conversation was just how many awesome uses of money are calling for that first year of attending paychecks. I mean, think about all the stuff that most docs can do with their first 12 big paychecks.

13 things and we haven't even talked about anything that increases your lifestyle yet! I don't see how anyone can be even semi-responsible financially without living like a resident for at least one year. The cash flow challenges that first year are tremendous!

Now, add on to that buying a house, especially one that needs repairs, and then figure out how many of those above items you're going to leave undone in order to buy the house. I would argue that for a first-year attending, getting into the big house is the least important of those items. In fact, it's so unimportant I left it off the list completely! I put saving up a down payment on the list, but not the actual purchase. That's completely intentional. 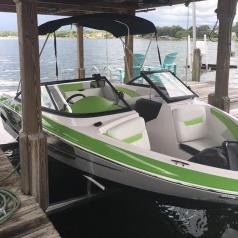 What is making doctors buy a big house as soon as they walk out of training? Impatience. That's it. Sure, the mortgage and realtor industries aren't helping, but at the end of the day, doctors think they'll be happier if they get into the big house right away. It just isn't true. Have some patience people! Rather than having to choose whether to pay off your student loans or max out your retirement accounts, do both by not buying that big house right out of residency.

Doctors just can't see the end from the beginning. It's the classic tale of two docs. One buys the big fancy house right out of residency. The other does not. 15 years later one doc is financially independent and contemplating early retirement and the other is running on the practice treadmill as fast as he can, feeling burnt out, and wondering if he can hold out to 65 or 70. What does it all go back to? That house purchase. Not so much JUST the house, but the house is the symptom of the disease. The disease is impatience. An attending physician can buy any reasonable thing she wants. But she can't do it all right now. Besides, if you bought everything you wanted in the beginning, you don't get to experience the joy that comes from a gradually rising standard of living. Choose wisely, my friends. It could make all the difference.

What do you think? Why do you think doctors are so financially impatient when they come out of training? Is it societal expectations? Is it our own pent-up demand from years of deferred gratification? Is it exactly the same desires as everyone else coupled with a higher income? Comment below!

Best financial decision a young, male physician can make is to delay marriage and/or children. (I realize it’s a more difficult decision for women who want to have children) Much easier to pay off debt, cover monthly expenses and start savings plan when single. Not to mention the stress of marriage and family life on residents and new attendings commonly leads to early divorce and the associated financial woes.

I’m always amazed with the folks who have 3 million saved by their mid forties. I’ve only made 5.5 million in my entire career…and of course about 1.5 million of this went to taxes.

I also have four children and my number one expense after taxes (and roughly equal to my retirement savings) is private school plus college tuition.

Good on you if you accumulated this kind of cheese by the mid forties and have a paid off home. Darn impressive.

Agree! Sometimes it’s like a reverse keeping up with the joneses when I read
this blog!

It’s definitely impressive on paper, but you probably don’t need $100K+ in monthly retirement income either. I certainly don’t.

The time and energy to make that happen honestly seems pointless to me. Our family, friends and lifestyle time today are far too valuable.

Ha! My forever house cost less than doc #1’s lot for his house, but of course I don’t make a 7 figure income.

We bought a house right out of training. It was well within our budget. More importantly, it was not in an expensive neighborhood. Our neighbors, and hence our kids friends, were much more likely to be school teachers than neurosurgeons. We never developed a “doctor” set of consumption expectations. Our kids friends were not accustomed to fancy cars or expensive vacations. So we avoided a lot of lifestyle creep.
I suppose we were lucky that neither of us accepted the widespread belief that spending more money makes for greater happiness. Most of the expensive stuff people chase are things we don’t want. So we don’t buy them.

Budgeting is not dieting, it's planning.