There is a relatively new company out there called Unison that will give you money in return for appreciation on your home. I had not heard of them until I received this email (when the housing market was still at its peak):

“Have you heard of Unison, and is this actually safe/appropriate to do? I am curious of your thoughts since it seems like you would get the benefits of a home equity line of credit without having to actually pay interest. I don’t really see any major downside, especially as the housing market is probably at a high right now, but I’m sure there is and I’m just missing it. I got a letter from them in the mail with an appraisal of my house and thought it was quite intriguing. I then searched the WCI Facebook group about it and nobody had posted about it so then figured maybe it wasn't reliable or as good as it sounded or that it was just a brand new concept so thought I'd ask you.”

Unison is not actually new; it's been around since 2004. The basic idea is that it provides a new way to access your home equity. Rather than taking out debt with a standard Home Equity Line of Credit (HELOC), having to make payments and accumulating interest, you give away the appreciation on a portion of the value of your home (up to 17.5%, to be precise). You get to use that portion interest-free. Then, when you sell your home, Unison gets its money back plus any appreciation on that part of the home. Cool trick, right?

Which Is Better: Debt or Equity?

This is kind of an interesting concept. It reminds me of an alternative method of paying for medical school called Income Share Agreements. Instead of taking out student loans, you get school money in exchange for a promised percentage of your future earnings. However, as a general rule, I'm a big fan of ownership, so I don't like seeing people giving away ownership or its benefits. Whether you use an Income Share Agreement to pay for school or you use Unison instead of a HELOC, you're giving up ownership with all of its potential advantages. In general, I'd prefer to see people use debt for these purposes rather than equity. But the devil, as always, is in the details, and there are certainly times when using equity instead of debt is going to work out better.

For example: with the student loan situation, let's say you get a degree and can't get a job and never have enough earnings to pay off those student loans. You actually would come out ahead with an Income Share Agreement. This could be a doctor who never matched out of a Caribbean medical school, for instance. Likewise, with Unison, if your house never goes up in value or, better yet, falls in value, you got that money much cheaper than you would have with a traditional HELOC.

Rates Are Rising: How to Navigate Buying a Home in the Current Market

How Does Unison Work?

The basics are pretty easy to understand. When you go to Unison, it will have an independent appraisal done on the value of your house. It will apply a “2.5% risk adjustment” to hedge its bets. I think this works by saying your house is really only worth 97.5% of what the appraisal said. Then, it will give you up to 17.5% of that amount, with a minimum of $30,000 and a maximum of $500,000. I suspect there are some other limitations, particularly if your home already has a high loan-to-value amount. You apparently have to fill out an application to learn exactly how much Unison will give you.

This, of course, is no different from a traditional HELOC; you don't pay any less interest if the house falls in value. Where it differs from a HELOC is when the house appreciates. If your house went up in value from $500,000 to $1 million and you want out of the deal, you'll need to pay Unison $175,000. If that occurred during a five-year real estate boom, that is the equivalent of a HELOC interest rate of 14.8%.

Unison doesn't own your home. It has no control over what you do with it. It secures its investment with a secondary lien, just like a HELOC lender. The Home Owner Agreement is actually structured as an options contract. You're basically giving Unison an option to buy a portion of your house for an agreed-upon price (a percentage of the value) at an agreed-upon time (time of sale, after 30 years, when you default on your mortgage, or when you decide to buy it out).

What If You Don't Want to Sell After 30 Years?

You can't keep the money indefinitely. When you sell the house, default on your mortgage, die, or hit the 30-year mark, Unison must be repaid. But what if 30 years pass by, and you don't want to sell the house? How will you pay Unison back? You really only have a few choices:

That seems very reasonable to me, but I can certainly imagine a situation where grandma doesn't have any money, lives on Social Security, can't qualify for a refinance or a mortgage, and potentially loses her home in order to pay off Unison.

How to Buy a House the Right Way

You have to live in the home, too. If you move out and turn that home into a rental property, you will have to pay Unison back immediately. You can't use a reverse mortgage, interest-only mortgage, reverse amortization mortgage, or a shared appreciation mortgage. You must own the home as an individual or joint tenants. You can't own it as tenants in common. You possibly could own it in trust; that wasn't very clear on the site.

Unison may also keep you from refinancing your mortgage loan. If you don't maintain the home appropriately, Unison may unilaterally apply a “deferred maintenance adjustment,” and you will have to pay more than you expected. It will also make a “remodeling adjustment” that theoretically should let you keep all of the increase in value that occurs from doing a renovation. However, Unison is not dumb. It knows that you don't get back 100% of the value you put into a home when renovating, and it will adjust for it. It expects you to run your renovations by the company if you want any credit for doing them. And if you sell in less than five years, you won't get any credit at all for them. In fact, Unison won't let you buy it out in the first five years either unless you actually sell the home. Unison may also keep you from taking out as much debt on your home as you like. It has to approve new debt, and it doesn't sound like it really likes doing that. It sets a maximum amount based on the value of your home at the time of the initial agreement. Even if your home appreciates like gangbusters, the rest of your home equity may remain inaccessible to you without paying off Unison. 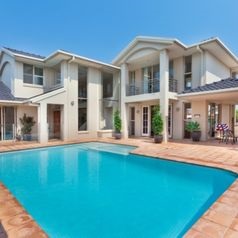 You have to pay for the appraisals and a 3% fee. I think that's 3% of the amount of money given to you—not the total value of the home—but it wasn't entirely clear on the website.

What If I Die?

Unison has to be paid back within six months—even if it forces your heirs to sell the home to do so. If your spouse (or someone else) is on the agreement with Unison, then the agreement can continue.

Why Is Unison in Business?

Why does this work? Well, at a minimum, Unison gets that 3% plus the 2.5% risk adjustment at the time of termination of the agreement, even if the home doesn't appreciate at all. But let's be honest: most homes appreciate over time. Long-term studies suggest that the rate is in the 3%-4% range on average nationwide, but it's obviously higher in some areas than others. Unison has protected its downside in that most homes don't fall in value for periods of longer than five years, so the worst-case scenario is that it ends up making a little less money doing this than if Unison offered traditional HELOCs. Best-case scenario? It's making money hand over fist in a housing boom. I suspect Unison also is more likely to enter into a deal with you if you live in a place where it expects above-average appreciation.

Here are the states where Unison operates: 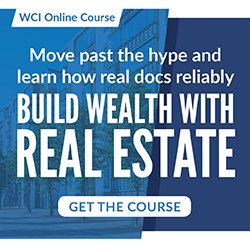 Should You Co-Invest with Unison?

I wouldn't. But I wouldn't take out a HELOC either. However, if you're determined to do one or the other, then you've got to do your best to compare apples to oranges. The best thing about HELOCs is the flexibility. You can pay it off whenever you want, and you can raise or increase the percentage of the line of credit used whenever you want. It has no bearing on what you do with your house down the road. The only downside is that you have to make payments and pay interest.

The only benefit you get with using Unison instead is that you get to avoid payments and interest. If making a payment on a five- or low six-figure loan is a big problem for you as a high-income professional, I would submit that you're probably in too expensive of a house to start with. Your budget is way too tight, and you ought to consider selling the house and buying something you can afford.

Where do high-income professionals struggle with the cost of housing? In High Cost of Living Areas (HCOLAs) like the Bay Area, D.C., and New York. Maybe partnering with Unison in those spots allows you to live in a house that is 17.5% more expensive than you can really afford. I guess there is some value there.

If you are going to use Unison, it certainly would be best to enter into an agreement at a market top than at a market bottom. You are much more likely to have an overall cost that is lower than using a HELOC that way. Entering into this agreement at a market low, just before a boom, might turn out to be the equivalent of a double-digit HELOC interest rate.

Don't forget to sign up for the free White Coat Investor Real Estate Newsletter that will alert you to opportunities to invest in private real estate syndications and funds, including most of those I invest in.

What do you think? Would you co-invest with Unison? Why or why not? Have you tried Unison before? Comment below!

The price of anything is the amount of life you exchange for it.