I am a big fan of ownership. In fact, some of the best advice I can give you is that if you want to become wealthy, you will find the path to be much easier if it involves ownership. Economically speaking, there are three kinds of people in the developed world: 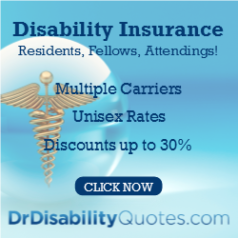 The first type pays interest. It isn't cleanly divided by class, but for the most part, this is the lower class and a big chunk of the middle class.

The second type earns interest. These folks tend to be upper middle class and are earning more from their investments than they are paying in interest. Obviously moving from group one to group two is a huge step; that's why I teach my children from a very young age that it is better to earn interest than to pay it. This group is building wealth and will likely have a reasonably comfortable retirement.

6 Ways to Build Wealth Through Ownership

The first way is pretty basic. Lots of people rent the stuff in their lives. For instance, these people make car payments. I heard a call on the Dave Ramsey show the other day where a couple grossing $64K a year had a $25K car loan and a $30K car loan. They were underwater on both of them. Now I don't know about you, but if I had a $64K income, I wouldn't have $10K in cars. Reliable transportation can be had for $5K. These people might be making payments on (or even be renting) their furniture, their appliances, or television. This is not a pathway to wealth. When you actually own the stuff in your house (and garage) your life is much cheaper. 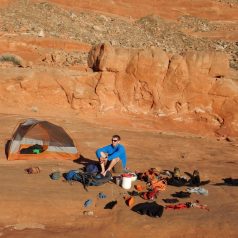 Backpacking to remote canyons in Southern Utah is a privilege for people who control their time.

When you own your home, you have eliminated a significant expense from your life–rent. Not only is that a large expense, but it tends to increase with inflation. Now homeownership isn't all cupcakes and unicorns and doesn't actually make sense unless you're in the home longer than it takes for appreciation to overcome transaction costs, but if you're going to be there a long time, owning your home typically assists you in building wealth. You save rent, the home appreciates in value, you pay down the mortgage, and maybe you even see a tax benefit or two from owning it. Once that mortgage is paid off, you enjoy dramatically lower living expenses than your renting peers. Consider my home — my property taxes are about $306 per month and my mortgage payment is $0 per month. It would probably rent for $4,000 per month. Ownership has benefits.

Another area where ownership makes a difference is in your investments. The investments with the higher rates of return are investments where you own the business–principally stocks and real estate. Yes, there is additional risk there, but managed properly and over the long term, you are compensated for those risks. I once ran the numbers on what it really means to invest only in very safe investments — bonds, CDs, cash, whole life insurance, etc. It basically means you need to save 50% of your gross income for retirement for an entire career. You must take market risk. Ownership has privileges.

Here's another great aspect of being an owner. Sometimes you just get lucky. Consider many people who have owned a home in California in the last 30 years. They're millionaires. Just from buying a home and holding on to it. They probably could not have predicted that. When you own a home or a property or a business, all the really good things that happen benefit you personally. If the property appreciates more than you expect, you get to keep it. The renters get nothing. If the business is particularly profitable, you get to keep all of the profit. The employees generally get nothing aside from possibly a little bonus. 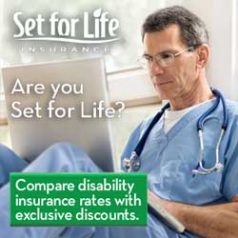 Here's another great aspect of ownership–you get to make the decisions and control what happens. I think doctors are all too willing to give up ownership of their practices or sign on to be an employee of a hospital, a contract management group, or a corporation. Not only does this usually put a cap on their income (admittedly often in exchange for a floor), but it also means they give up important aspects of the practice. If you own the practice, you control who you do and do not work with. You control the staffing levels. You control how holidays and nights and call are split up. I think that loss of control is a major contributor to the record levels of physician burnout we are seeing.

You made an extra $1 Million — that goes right into your pocket.

You increased the value of the business by $5 Million. You don't get it until you sell, but it's very real nonetheless.

You also benefit from that extra income from the business the next year. While it can be difficult to increase profit in a business, it often is not all that hard to maintain it at its current level. Let's say you keep the business (now making $2M a year) for the next five years before you sell it for $10 Million. Figuring out how to earn an extra million a year from it really paid you $10 Million. Ownership has benefits.

Now it's not an ironclad rule that the owners always make out better than the renters and the employees, but it is the expected long-term outcome. If owning a house didn't pay off in the long run, there would not be such a thing as real estate investors. If leasing a car didn't cost more than owning it, there would not be profitable businesses leasing cars. An employee can never be paid exactly what they generate for the business in the long run, or the business will not generate a profit.

As you work your way through your financial life, try to increase the amount of stuff–your consumer goods, your house, your practice, your investments, and your other businesses–that you own. Whether you like it or not, we live in a capitalist society. Expect to see the owners of the capital doing better financially than the laborers.

I have said before there is two sides to the most important financial equation, the lender and the borrower. You always want to be on the right (lender) side as that is the person that is making a profit rather than paying interest.

My biggest windfall happened this year, and essentially turbocharged my anticipated net worth time-line by 3-4 years, when we sold our medical building which I was a ground floor investor in. If I did not participate in the initial offering (which some of my colleagues did not) I would not have been able to reap the rewards.

Home ownership is a bit tougher one to see if you come out ahead or not but I agree not having to pay increasing rents gives you financial peace of mind. Home ownership can be a bit of a wash due to property taxes and of course unexpected maintenance issues (roof and HVAC replacement can put a significant dent in your finances the years it happens while a renter does not deal with it). But overall if staying in a place long term (>5 years) the odds still tilt in your favor. (of course local economy could also dictate whether it was wise or not, Detroit for example could have cost you a lot more than renting when the market tanked).

And what’s wrong with borrowing – helped you get through med school, right?

And generalizing home ownership as you point out is challenging – tends to be regional and hyper local .

You are absolutely correct. I have owned stock that appreciated over 1,000% and also owned some that went to 0. The investment property however has never been worth less that the price at which I bought it. Like stocks a lot of time you make money on the buy if you do it right and in the right part of the country. Those who lost a lot in real estate in the 2008-10 financial meltdown were the speculators ( read gamblers). We have sold apartments in the last 2 yrs and again this yr. in which we are making 7 figure profits. You don’t get rich quick in real estate but a lot of American millionaires are made in real estate ownership.

Jim again another dominating post! Unfortunately salemen will perverse the idea that you should own, not rent in order to get financially ahead, convincing people finance cars, buy too much house, and in my case sucker me into whole life insurance. People, myself included until I read your book, don’t understand that until something is fully paid for you don’t own it, it owns you!

Also, you didn’t mention in the blog but ownership in a business does have terrible risks. We sold our neurological practice last year after our overhead suddenly rose and a Blue Cross audit took a financial toll on us, not to mention our local hospital courting other neurology groups to possibly undercut us. My dad had his own business making glaze for ceramics, which when NAFTA came about in the 90’s he lost a lot business to China and the business failed a decade later. He declared bankruptcy in 2013 and was never was able to get back on his feet. In other industries too Walmart and Amazon and Costco have decimated small businesses.

Ownership is not a guaranteed path to wealth. Hard work and and intelligence are necessary but not sufficient in order for ownership to gain wealth (as I like to think me and my partners had both with our neurology practice). You also need a lot of luck as well!

In the case of whole life insurance, which a salesman might describe as “owning your life insurance instead of renting it” the question is whether you should own that asset or the more profitable assets of stocks and real estate.

I agree there are more risks in ownership and thus why you usually expect better long term returns.

Very good post. But you didn’t even mention all the tax benefits of ownership. Guess that is number 7.

We live in Southern California at the coast. We paid $168,000 for our home. It is paid off and was one of the best financial moves we ever made. It is so nice not having a house payment. It is now worth about $1.7 million!!! We don’t have children to leave it to, so at some point I want to sell it and live off that money. I tell my friends I want to spend the house before we die!!!

Partially correct article. On target about consumer debt!
Lots of assumptions on the positive side elsewhere, thinking only of the best case scenario especially about real estate ownership.
But it’s hard to be balanced and make everyone happy about such a nuanced topic when you are making a case in a blog article- and overall I agree, ownership has advantages.
One mental shift that helped me a lot was to never count the primary residence in net worth, and also to disengage money spent on living from money used for money generation. Then, this second money could be put to better use, while not overspending on residence thinking it is “investing”.

Be prepared to marry forever the mutual funds you buy in a taxable account because divorce is often a taxing experience.