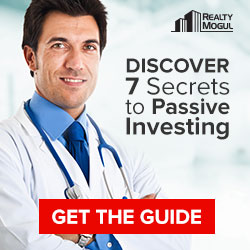 When it comes to personal finance, some things matter more than others. The secret to wealth is no secret, and getting rich slowly works best. The path to wealth is to make a lot of money, save a lot of it, and to make your money work as hard as you do. Consider the decisions made by two physician partners and the eventual effects on their wealth level. Let's start them out at age 35, perfectly equal in the same specialty, practice, and net worth. They both just finished paying off their student loans. They are both currently grossing $300K per year.

Doctor Rich decides he is going to pick up some extra shifts (or call), increasing his income by 20% to $360K. He also decides he is going to save 25% of his income each year. He reads a few good books and learns about investing and decides to run his portfolio himself, using a reasonable collection of index funds and earning a 5% real (after-inflation) return on that portfolio.

Doctor Average decides he would rather have the time off than pick up the extra shifts (or call), so he maintains his income of $300K a year.  He decides he is going to save 15% of his income. He mistakenly hires a mutual fund salesman and an insurance agent as his financial advisors, and doesn't realize his mistake for 10 years, so his portfolio earns just 1% real for the first ten years.  After that, he hires a good fee-only manager who charged 1% on a portfolio similar to that of Doctor Rich, so he then earned 4% real on it.

If they both work to age 65, how much more will Doctor Rich have? If Doctor Rich decides he wants to retire early, how much sooner can he retire on the same retirement income as Doctor Average? 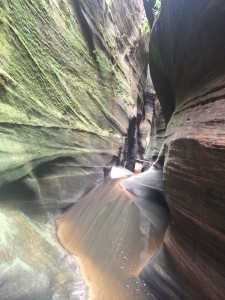 The best way to answer these questions is to use a good financial calculator or spreadsheet with the Future Value (FV) function. The inputs to this function include:

If you apply the 4% rule, that means he will have $251,000 in today's dollars to spend each year in retirement.

Using the 4% rule, that's an income of $97,000 per year in today's dollars. Is that enough to retire? Almost surely. Is it very different from Doctor Rich's stash? Less than 40%.

What if Doctor Rich only needed $97,000 in income (same as Doctor Average) to retire? How much sooner could he retire than Doctor Average?

There is no right answer to how much extra you should work, what percentage of your income you should save, or whether or not you should use a good adviser (although no one should use a salesman as an advisor.) But there are very real financial consequences to your decisions. The Future Value function helps you understand what they are. Be sure to use after-inflation numbers when running your own scenarios.

What do you think? Have you used the Future Value function or a similar financial calculator to run your own numbers? What did you learn? What surprised you? Comment below!

Sequence of returns is very important and not to be disregarded.
As Bill Bernstein points out, when you reach your liability matching portfolio it should be in inflation indexed securities.

Do the above numbers reflect all possible scenarios taking into account sequence of returns ?

Expecting 4% real year after year is a mistake.

“Expecting 4% real year after year is a mistake.”

Not really. The average inflation rate since 1990 is less than 3%. In those 25 years there market has returned less than 3% only 6 times (granted much less in a few of those years). Those losses were easily offset in following years.

If you invested in Index funds you should have a real return much over 4%, No one can predict the future but based on the past I think 4% if very doable.

That’s the fun thing about the future value function. You can put any number into it that you like. You can use 1% real if you prefer. However, since my actual investment returns since I graduated from medical school are about 6% real, I feel quite comfortable in the 4-5% range. It’s not like I don’t track it so if I’m underperforming for a long period of time, I can make adjustments elsewhere (save more, work longer, change AA etc.)

I really like reading posts like this because using some basic knowledge you can predict (roughly) what to expect of your money in the future. Sure, one can argue every kind of direction about the percentage points but the end numbers don’t change drastically.
I’ve never played around with the Future Value function but now I know where to find it. I have used online compound interest calculators which have sort of served the same function. My eyes lit up a little when you mentioned “Early Retirement” since that is what I’m aiming for.
So my values would look something like this =FV(5%,5,-177500,-230000,1) which would give me a $52,000 annual income using 4% as my withdrawal rate.

This is not all about numbers, but philosophical as well – I would caution that both yearly incomes mentioned and amounts saved for retirement might be normal for physicians but high compared to the general population (working extra also sounds great when young and just starting out, but quickly gets old and can often lead to disillusionment). What we don’t know is what the future holds and what tomorrow brings especially related to health. Some wise financial analyst has mentioned that you don’t want to be the richest person in the graveyard – so enjoy the fruits of your labor as you go through life, plan wisely, and remember that things that you can do now you might not be able to do later in life if you are not around or if your health prevents it.

My most important take-aways from this website have been:

1) Save a large portion of pre tax income (20%+, I’ll try for 30-50 for several more years)
2) Optimize taxes to keep more of your income (401k, defined benefit, HSA, deductions etc)
3) Make goals, track goals, and make informed decisions based on reasonable expectations combined with data. It’s what we do in medicine, why not finance?
4) Be debt averse as it will own you otherwise

This website has mentioned, but glosses over one other really important aspect of finance and home life though- making repeated conscious decisions to re-evaluate value and live a rich life but doing what YOU find most fulfilling and valuable. I spend about $150 more per month for my car than I could be (depreciation, gas etc) but I just really wanted to. Haven’t been shopping for clothes in years, but I have a few nice wine club memberships. Don’t eat out much, but spend a bit more to cook adventuresome and tasty things at home with friends and family often. This can be a real struggle for me as society puts out some very strong messages, and those marketing people are good at what they do!

Thanks for the great resource!

Excellent points, but I’m not happy that it seems that I’m glossing over your 5th point too much as I wholeheartedly agree with it. I’ll try to emphasize it more.

I guess for simplicity you could calculate it the way you have described. But very few people invest $90,000 at the beginning of the year or the end of the year (perhaps a big tax refund in April??).

so the formula becomes

For low interest rates like 5% it doesn’t make much difference, but for higher rates it can make huge changes.

Also I’m a little bit surprised no one has actually given the formula behind the FV function. We derived it in Industrial Engineering Class in 1988 {a few thousand years after some others derived it}, and it is not difficult mathematics.

Wikipedia explains it like this (go down to the section on FV of an annuity)
https://en.wikipedia.org/wiki/Future_value

Great analysis. The only counterpoint I have is that 3 extra days a month of work is no small item. Maybe if you are ER and doing 15 shifts a month, it works. However a lot of us work 5 days a week which is what is required to run a practice with overhead consuming your net. 3 more days a month is pretty much working Saturdays as well with only Sunday off…..for 17 years. It sounds simple on paper, but is likely not a sustainable plan with a family or when considering burnout.

Still the analysis achieves its goal, even with the removal of the extra shifts factor. A little more saving, and a little extra effort learning how to run your own finances pays enormous dividends.

Yes, if you’re already maxed out on days working, then it’s a big deal. It’s going to be different for every specialty. Perhaps another weekend of phone call or whatever.

Let us realize that the privilege to work is a gift, that power to work is a blessing, that love of work is success