[FIRE week continues here at WCI, where we celebrate all things Financial Independence, Retire Early-related, including the Physician on FIRE blog. Every post this week is going to be about topics relevant to the FIRE community.]

Former heavyweight champion George Foreman famously said, “The question isn't at what age I want to retire, it's at what income.” The FIRE community, with its focus on a single retirement number, often misses this subtlety.

The longer you take before you start withdrawing from your nest egg, the larger it gets and the shorter your remaining life. The larger your portfolio, the more of it that you can spend when you do start spending. If you are continuing to make contributions to it, it grows even faster and increases future spending even faster.

Social Security works in much the same way. The longer you wait to take it, the larger the benefit, and the more you add to it by continuing to work, the larger it gets.

How Retirement Income Grows with Time

First, let's keep it really simple to demonstrate how this works. Let's assume a doctor leaves residency at age 30, starts saving $50,000 per year, earns 5% real on it each year, and spends 4% of it once they retire. Now, let's match retirement age to retirement income. The numbers in the table are in today's dollars, as is the $50,000 contribution each year. 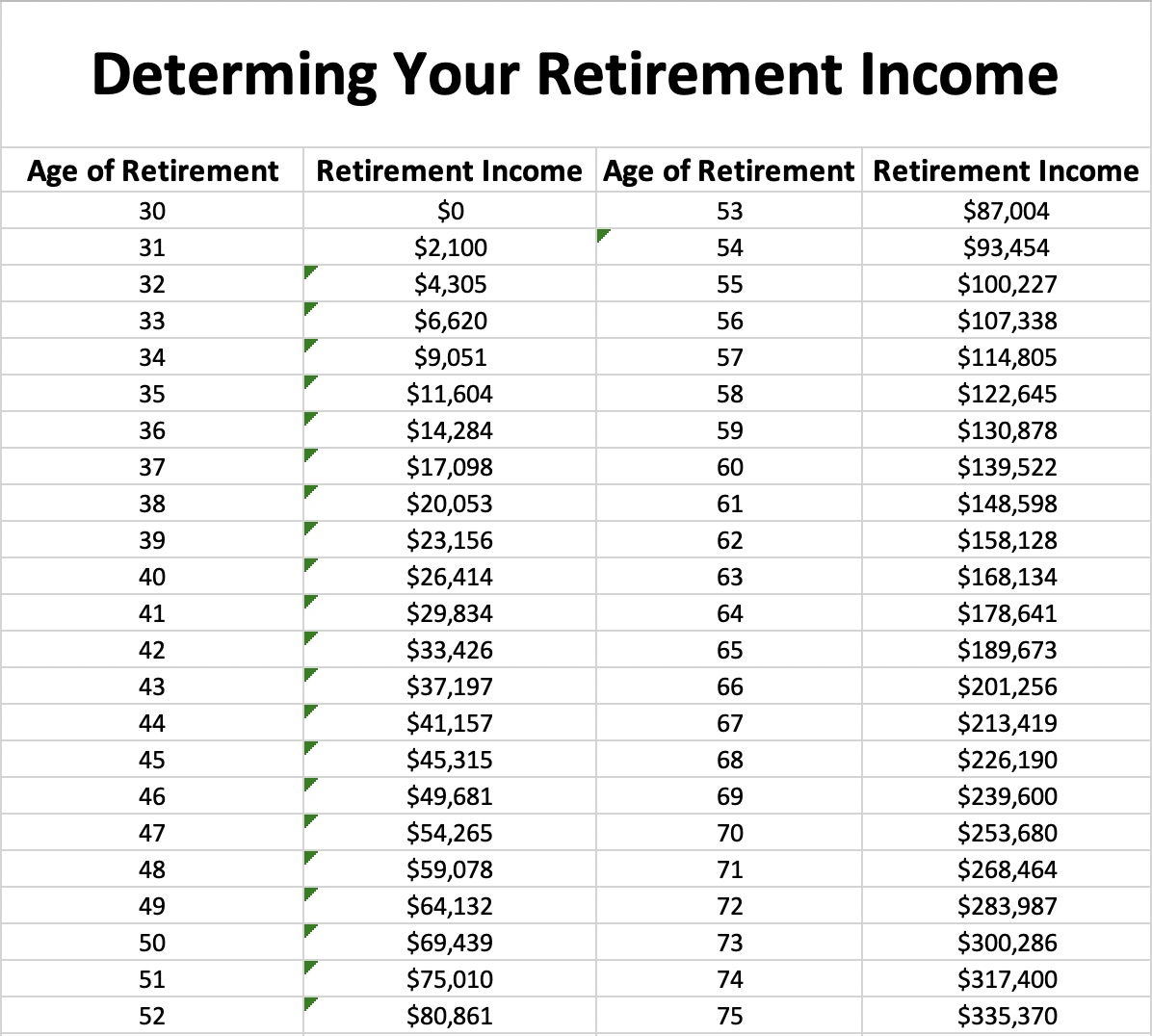 This is obviously somewhat simplistic. For one, it ignores Social Security, although a pretty good argument can be made that you should mostly ignore it if you are planning to retire much before age 55 or so. It also assumes constant returns. Obviously, most who make enough money to save $50,000 a year probably are not all that interested in retiring before age 40 or 45 on an income lower than what they save each year. More realistically, we'll start looking at age 50. At age 50, this person can retire on $69,000 a year. That might not be your dream retirement, but if your home is paid off and you live simply, having more income than the median American household doesn't sound too bad.

This is really the question most retirees face. Do I want to retire now on a certain amount or later on even more money? You don't want to wait forever since the health and energy available for retirement activities eventually declines and since your hearse definitely will not have a trailer hitch. But you also don't want to have to worry about money in retirement or have to miss out on those retirement dreams due to lack of funds. This requires a careful balance, and only you can decide the right time to pull the plug. 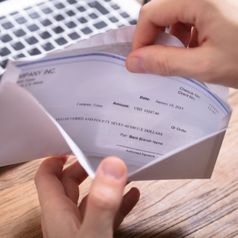 If it were added to the chart above, Social Security would not be available to those who retire in less than 10 years after residency, as they would not have earned enough “quarters” to get a benefit.

Now, the ball is in your court. How much do you hate your job? Would you rather spend less in retirement so you can retire a year or two earlier? Or would you prefer to work a few more years to know that you have a much larger buffer and standard of living in your golden years? The choice is yours.

What do you think? What income do you want to retire at? Where do you expect that to come from? Do you have “one more year” syndrome? Comment below!

Do the residency years not count towards social security quarters?

Depends on where you do your residency. Many state university system employees are exempt from social security taxation because they can theoretically qualify for a pension if they stay there long enough – so pension contributions (typically to a 401a) are done in lieu of social security taxation. That’s how it worked for me both in residency and in fellowship (in two different states, for two different university systems).

As I graduated each program, I just rolled the 401a money over to an IRA (and eventually rolled that money into a 401k).

In some places, they don’t take out Social Security from your residency “earnings” because it’s considered an educational stipend.

This started years ago.

All places. It changed a few years ago and a bunch of us got a check back.

I was given the option of joining a lawsuit, with my former employer, to get back what I paid into Social Security, or to have the quarters count towards Social Security, SSDI eligibility.. ( of course the employer one of their 6% back also for each and every resident)

This is incorrect. The rules changed a couple times in the 1990s and early 2000s – with some programs interpreting them as residents being students exempt from FICA and others disagreeing. The IRS eventually issued a new guidance in 2005 explicitly clarifying that residents *are not* exempt from FICA taxation, and all individuals who were residents in 2005 or later pay payroll taxes the same as anyone else at their institution. Many who work for state university systems do remain exempt from the social security (but not medicare) portions of FICA, but that’s simply because *all* state employees in those systems are exempt.

This actually led to a SCOTUS case – Mayo Foundation v. United States – that confirmed unanimously that residents are NOT exempt from FICA.

That said, due to the ambiguity in the rules from 1996-2005, the subset of programs that *did* withhold FICA during that time were allowed to file for refunds.

Thanks for the correction/clarification.

Hearse with no trailer hitch! I loved that, the entire article was excellent but I’m afraid that’s the part that is going to stick with me the most. It is an interesting pursuit to look at what you can spend versus when you retire. In my case by the time I hit age 60 what I could afford to spend was more than what I wanted to spend so working additional years to make money I’d never enjoy spending was nonsensical. That’s where being reasonably frugal comes in handy for making that retirement decision. Some people have no spending limit, it just keeps going up as their income goes up. For them they’d indeed be facing working until they die because they just can’t get off that hedonic treadmill. Not a problem for your readers though, very interesting content Dr. Dahle!

Good post, it really does come down to what income you want in retirement. I could retire now, but not at the income I’d prefer. I’m lucky, I love what I do and I can ramp up or down as needed. I’m 57, so I’m going to stick with it a few more years and keep adding to the nest egg. I also am doing a personal defined benefit plan so I have to fund that a couple more years then may drop to a week a month for another couple years before calling it off completely as long as my skills don’t erode.

An important point is physicians from other countries like India etc dont need a large number. If times are tough, they can simply hunker down in their originator countries and ride out the stock market downturn’s since the cost of living that is significantly cheaper , they can simply live off the Social Security money without dipping into retirement savings at all

Good article. I would say there’s nothing wrong with the FIRE community building their plans around “a number” – provided 4% of that is your planned annual spending in retirement.

An early retiree in their 40s could also just work part time – enough to cover their expenses and make full 401k and backdoor Roth contributions while getting health insurance and letting their portfolio compound. Could also just take 3% for a few years and let the portfolio grow faster – step up the spending in one’s 50s if their portfolio balance ends up going parabolic 😎.

Projections I see, you’re far more likely to die with 5x or more what you started retirement with (even inflation adjusted) than you are to die broke on 4% withdrawal rate for 30+ years. Good problem to have.

Wealth is largely the result of habit.