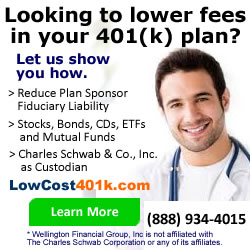 My February column for ACEP NOW is all about The Alternative Minimum Tax. Typical physician incomes ($150K-400K) fall right smack in the middle of the range of folks hit by the AMT each year, so many physicians know they get hit by this, even if they're not sure exactly why. This column will help you understand how the AMT works as well as some ideas to possibly decrease your tax bill as a result of the AMT. Here is an excerpt:

The AMT should really be called the alternative maximum tax rather than the minimum tax. Tax law requires you to figure your tax using two separate, parallel tax systems—the regular income tax system and the AMT—and then pay whichever one is higher. The so-called alternative minimum tax on line 45 of your 1040 is really just the difference between what you would owe under the regular tax system and what you would owe under the AMT. If the regular tax bill is higher, that line is zero. If the AMT tax bill is higher, then line 45 is the difference between your tax bills under the two systems.

Historically, the law came into place in 1969 due to political outrage that 155 well-to-do taxpayers were not paying their share of the expenses of our nation thanks to their taking advantage of perfectly legal deductions. In 1982, it became the parallel tax system we know today. In many ways, the AMT is a simpler, better tax system than the regular system, with fewer deductions and brackets. However, until 2012, the exemption and brackets under the AMT were not indexed to inflation, although Congress dutifully “patched” it each year for decades. With time and inflation, many households that would not have been subject to the AMT in 1982 have become subject to it, and now 4–5 percent of taxpayers owe more under the AMT system than the regular system. Because most physicians have top 5 percent incomes, many of them are subject to the AMT.

Having a goal to pay less AMT may be shortsighted. As a general rule, the goal should be to maximize your after-tax income or at least to minimize the total amount of tax paid. For example, the two easiest ways to pay less AMT are to make less money (and thus owe less tax) and to make more money (and thus owe more under the regular tax system than under the AMT). As a general rule, making less than $250,000 or more than $500,000 will keep you from owing AMT, although there are exceptions.

Read the rest of the article here, then come back and leave a comment. Do you pay AMT each year? What changes have you made to try to decrease it? Comment below!

I think the key is looking at the entire picture to see if you can accelerate or defer income and/or deductions. It would be difficult to do it to the tune of under 250k one year, then over 500k the next, but on a smaller scale it’s very doable. My first year out I asked my employer to give me a bonus at the end of the year since I was in a lower tax bracket, and then decrease my pay next year to compensate. Overall effect was enough to increase my overall take home pay.

You will always pay the higher of the 2 taxes, but by plugging in the variable into tax software you can see if it’s more beneficial to bunch deductions or keep them steady.

Nice line to finish it up…Definitely don’t want to leave Uncle Sam a tip….Prefer to leave that tip elsewhere thank you.

Even the intelligent investor is going to need considerable willpower to keep from following the crowd.