A long time ago in a finance blog far, far away…

Just those few words immediately access the most ancient parts of our brain. At least in Star Wars fans, where even the slight hint of the genre sparks a frenzy of activity in the temporal lobe and amygdala, lighting up and sending strong connections through the limbic system to the frontal cortex where deep memories of the movies reside. Make no mistake, fans have strong emotional and nostalgic feelings attached to Star Wars. Even non-fans can have Star Wars etched into their frontal cortices just by the sheer bombardment of their childhood with references to these movies.

If you couldn’t tell from the above, I am a diehard Star Wars fan and also a neurologist. When teaching some of the basic tenets of finance I could think of no better genre to learn personal finance from. Star Wars is deeply embedded in almost everybody that has lived in America throughout the years, and writing about it burrows a pathway to the emotional parts of your brain. Now I am going to use that Star Wars power (Jedi mind trick?) to associate financial principles embedded within these movies.

Let us begin our training.

“Your overconfidence is your weakness.” – Luke Skywalker

As Star Wars fans may remember, this comes from Luke’s first meeting with the dreaded Emperor. Not only did Luke nail the evil guy’s main weakness at first sight but also the weakness of many investors, including doctors.

To quote finance Jedi Bill Bernstein in his book The Investors Manifesto, “The two most virulent behavioral organisms are overconfidence…” (don't worry, we'll get to the second half of that quote later). As humans, overconfidence has enabled us to overcome adversity, survive the most primitive times in our history, and excel in survival skills—where, without competence, we would not have survived. But in investing, this bias leads to poor financial decisions such as market timing, investing in Bitcoin, and picking individual stocks.

Overconfidence can take down the best investor, like in Star Wars where this bias took down arguably the baddest bad guy.

“Your faith in your friends is yours.” – Emperor Palpatine

Just as Luke thought that his Rebel friends had a great plan to destroy the Death Star, so does your buddy with the Bitcoin investment or the thousands invested in ARK funds. Well (spoiler alert! As if none of you had really seen the movie…), it was actually part of Palpatine’s plan to lead the Rebels into a trap. Just like Bitcoin or ARK—your friends have no idea where these investments are headed! Financial history suggests there is a high chance these investments led by herding behavior lead one way—DOWN! Bitcoin, like any other speculative bubble, eventually crashes. With time, ARK funds, a family of actively managed funds, will fail to beat the index.

As investors, we trust others around us. Just like Luke did. We believe those investors are making great financial decisions and we have an innate human bias to follow. Whether it's your neighbor with the hot stock tip, all the hoopla of people buying Bitcoin, or everybody freaking out and selling when the market tanks, herding is detrimental to your wealth.

Speaking of traps, Admiral Ackbar succinctly recognizes what has happened in the beginning throes of the Battle of Endor. Wall Street is full of traps with salesmen masquerading as advisors, high expense ratio and loaded mutual funds, complex alternative investments, and speculative items mislabeled as investments (can I mention Bitcoin again?). Admiral Ackbar teaches us that we have to recognize such financial traps.

“Who's the more foolish, the fool or the fool who follows him?” — Obi-Wan Kenobi

Another pertinent quote regarding herding. My answer would be the fool who follows him.

“Evacuate? In our moment of triumph? I think you overestimate their chances.” – Grand Moff Tarkin

The last words of the highest-ranking bad guy in the first Star Wars movie. His bias = recency bias. Tarkin had just blown the planet Alderaan to smithereens and obviously thought hitting a Rebel base was next. Just like the decade-long bull market where many investors felt invincible. That is, until the Coronabear hit. Do yourself a favor: don’t be like the Grand Moff, and know your true risk tolerance. To complete Bill Bernstein’s quote mentioned above, the second most virulent behavior is “…and an overemphasis on recent history.”

The next few quotes are from the wisest of the wise. Yoda, in teaching Luke the path to becoming a Jedi, solves the analysis paralysis bias. When it comes to analysis paralysis, you can be so inundated by the incredible task of learning financial information with its dizzying array of choices and intimidating foreign terms that you end up doing nothing at all. Just like trying to lift a large X-wing out of a swamp. Too many funds to analyze. Too many types of accounts in which to invest. And how much of my salary should go in anyway? Our minds are not designed to process so many choices. So what does Yoda do? He preloads his choices to just two options. Do, or do not—it can’t be any simpler.

“Heh! Excitement. A Jedi craves not these things.” – Yoda

Well said, Yoda. Investing should be BORING, like watching paint dry. To be a financial Jedi, you can’t chase excitement. That’s what gambling is for.

“Patience you must have, my young Padawan.” – Yoda

Man, another Yoda quote that's applicable to finance. This one touches on action bias. Yoda is an awesome Jedi because he is patient. No panic selling. No freaking out. Cool, calm, collected Yoda is. If Yoda were around today, he would be hanging out with Warren Buffett and Charlie Munger. Wouldn’t that be some financial Jedi council? As both the Jedi master and the oracle of Omaha are aware, you invest for the long haul and must be patient. Buffett himself has been quoted as saying, “Our favorite holding period is forever.” Stocks have always gone up in the long run, and trading in and out of the market is a loser’s game, one that Jedi and Buffett don’t play.

“Difficult to see. Always in motion is the future.” – Yoda

Was Yoda teaching Jedi or finance? Man, I love that little green dude! He hits home yet again, this time on the concept of loss aversion, where it has actually been quantified academically that losses hurt twice as much as gains. Do not be afraid to lose money in the stock market. This is the reason why you will be rewarded later for not selling. That volatility, the loss of money in the short term, should not be feared, but rather welcomed. Don’t turn to the dark side and sell in a bear market because you fear loss.

“Train yourself to let go of everything you fear to lose.” – Yoda

Similar to the previous quote. Forget if you lose $1,000 or $10,000 or hundreds of thousands in a bear market. Let go of that money. Why? Because it is still the same amount of shares in that low-cost index fund, and it will bounce back to newer highs with time.

“You must unlearn what you have learned.” – Yoda

This really sums it up when it comes to investing. These behavioral biases that hurt us financially were learned through thousands of years of evolution to ensure our survival. Short-term gratification allows you to eat food you just hunted—for long-term gratification, your freshly killed meat rots, and you starve to death.

Lifestyle creep and consumerism according to a caveman is hoarding as much animal fur and food so you survive the winter; cavemen without lifestyle creep and consumerism didn’t survive the winter. And hedonic adaptation helps cavemen build better, strong shelters/defenses from lions, tigers, and bears. Those without hedonic adaptation ended up as some animal’s dinner.

Herding, mentioned previously, helps us hunt and survive together if we were to have an unfortunate run-in with a pack of wolves. Without herding, a caveman would be like Little Red Riding Hood with a sign that says, “Free dinner, I’m an easy kill because I don’t have a herding bias and I am alone ready to be slaughtered by a pack of ravenous wolves!”

As humans, it is completely understandable why these biases are so deeply learned within our psyche, but we have to get rid of these deeply ingrained learned behaviors. Not only to be great Jedi but successful investors.

Despite Yoda dominating the majority of phenomenal financial quotes in this post, there is one scene that embodies what is really at the heart of failing at finances: Luke’s failure at the cave in The Empire Strike Back.

As part of Luke’s training, he was presented the opportunity to experience the dark side, embodied by a dark cave in Dagobah. Yoda mentions that what is in there is “only what you take with you.” Luke, out of fear, takes his lightsaber, and as he walks into the cave, he unexpectedly finds Darth Vader. In a very eerie slow fight scene, Luke seemingly beheads Vader and appears victorious. But in a mind-blowing sequence, the mask of Vader blows off, revealing Luke himself. 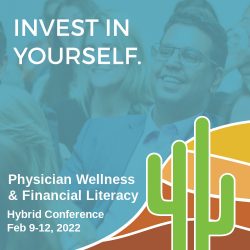 At first, I didn’t understand the deepness of that scene (I was only 4 years old!), but I still recognized that this was a huge moment. Now I understand that it can be very much applied to personal finance. When it comes to investing, we are our own worst enemy.

The Darth Vader in the cave embodied Luke’s fear, aggression, and weakness. When we invest, we bring in our human weaknesses, and it torpedoes our wealth. As legendary investor Benjamin Graham (Warren Buffett’s Jedi master, if you will) once said, “The investor’s chief problem and even his worst enemy is likely to be himself.”

If there is any financial lesson to be taken from the Star Wars genre—summing up all the quotes mentioned above, and teaching us how to be a better investor—it is the allegory of Luke’s failure at the cave. It is the quintessential scene. Do yourself a favor: be better than Luke was, face the dangers of investing by recognizing the human biases mentioned above, have a written financial plan, and avoid the fears and actions that lead to the dark side.

So what do you think? Does Star Wars really have a lot to teach about finance? Are there any other applicable financial lessons that I missed? Are you ready to be a financial Yoda? Comment below!

Love it Rikki! It’s funny how you start to see these personal finance lessons everywhere once you learn about them!

May the force be with us all…

I was about to say…not even May 4th. Excellent post Rikki!

thanks Jordan I actually see a lot of wisdom in Star Wars not just applicable to personal finance!

I love Star Wars. The quotes you used are so interchangeable with so many parts of our lives. Thanks.

Loved the sage advice and was fun to read! Thanks and may the force be with you. RMD

Great advice, this. I resonated in particular with “separating out things that are investments vs. things that are speculation.” Making that mistake can cost a ton in the long-run.

But I definitely agree with the fact that our own worst enemy is ourselves when it comes to investing lol.

seriously, I didn’t believe it myself until I was reading about personal finance but seems our behaviors that help us survive just don’t help us survive the investing game 🙁 Luckily as higher cognitive creatures I believe we can overcome our reflexive behavioral tendencies that could torpedo our investing. Not easy to do though!

Investing should be more like watching paint dry or watching grass grow. If you want excitement, take $800 and go to Las Vegas.