A Private Real Estate Investment Trust belongs in the category of investments out there I like to call “Investments that are sold, not bought”.  In general, these investments require a commissioned salesman to get anyone to buy it.  This includes cash-value life insurance, most types of annuities, many limited partnerships, and most privately traded (AKA unlisted) REITs.  If you don't read any further, just remember that you shouldn't buy a privately traded REIT.  If you want more details, keep reading.

What Is a Real Estate Investment Trust (REIT)? 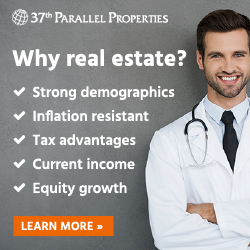 Just as mutual funds allow an investor to diversify among the stocks of many different companies, so a Real Estate Investment Trust (REIT) allows an investor to diversify into many different real estate investments.  Both structures pass their taxes through to the investors, not paying any themselves.  Because of this unique tax structure, a REIT is required to pass 90% of its income each year onto the investors, so their yields tend to be high relative to other investments.

There are many types of REITs, but most of them borrow a lot of money, buy up commercial and/or residential properties, and manage them, reaping the rents as rewards and passing them along to investors.  Their reliance on leverage (borrowed money), makes them more sensitive to interest rates than most stocks, and as a result, they tend to be fairly volatile, especially over the last few years.

During the financial crisis in late 2008, it was not unusual for publicly-traded REITs to go up or down in value over 10% a day.  In fact, the price of Vanguard's REIT Index Fund dropped from $28.93 in February of 2007 to $7.01 in March of 2009.  (It has since rebounded as high as $20.65 by April of 2011.)  75% drops and 200% gains are not for the faint of heart.  REITs are considered by many investment authorities to be a different asset class and thus provide some diversification benefits when combined with stocks, bonds, and other investments.  Unfortunately, their high yields tend to attract conservative investors looking to live off just the income of their investments, who mistakenly confuse the high yields with safer investments such as bonds.

Private REIT vs Public REIT. What Is the Difference Between a Traded and a Private Real Estate Investment Trust?

Just as some companies are publicly owned (McDonald's) and some are privately owned (In-N-Out Burger), some REITs are publicly owned and traded on the stock market every day, and some are not.  In general, when an investment authority recommends adding some REITs to your portfolio, they are talking about the publicly traded version, and generally, a mutual fund that invests in many REITs at a time, providing further diversification.

What Are the “Benefits” of a Private REIT?

Unfortunately, there aren't really any at all.  But that doesn't keep them from being sold.  Let's go through the schpiel that a salesman would use.  First, he would invite you out to a steak and lobster dinner, that he would pay for.  Anytime this happens, you should consider that the salesman probably isn't doing this out of the goodness of his heart.  But that is neither here nor there.  Once you get a few bites of steak in your mouth, the presentation begins.  He will list the following as benefits of the private REIT: 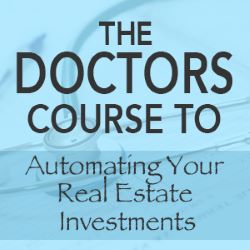 What Are the Downsides of Investing in an Unlisted REIT?

Well, let's take on the “benefits” one by one and dissect them.

The share price might be listed at $10.00 a share, but like anything else in life, it is worth more or less than that on any given day.  The truth is you simply don't know what the shares are worth.  One popular unlisted REIT, Inland Western was marketed (to me, among others) as never dropping below $10.00 a share.  The management now values it at $6.85 a share.  To make matters worse, independent analysis in February 2010 suggests it is worth no more than $2.72 a share.  It is just as foolish to think the share price stays at $10.00 as to think the value of your home doesn't go up and down regularly.  Just because you don't look at what the value is doing doesn't mean it isn't changing.

“Past performance is no guarantee of future results” is such a truism in investments, that the SEC requires most investments to display that fact in their prospectus.  Just like with the share price in REITs, the yield in REITs has plummeted far below levels the original investors anticipated.  Many of these private REITs have now dropped yields to 7%, 6%, 5%…even to 0%.  Remember Inland Western?  1.3%.  So not only have you lost 75% of the value of your investment, your dividend has been cut by 84%.  Many previous dividends were paid out of new investor's money, essentially a Ponzi scheme.  So when the REIT “closed” (no more shares sold to investors) and that income stream was turned off, they were no longer able to continue the high yields.  You might think I'm joking, but their actual filings with regulatory authorities state explicitly that they have paid and will pay dividends to current investors from the investments of new investors.  Legal?  Maybe, maybe not.  We'll see what happens in ten years when all the lawsuits shake out.

Not Likely to Go Public

If shares are worth less than $10, why would someone pay more than that when/if they go public?  In general, businesses go public for two reasons—to raise cash to further expand, and because they think the business will be worth more to others than it is to the current owners.  Neither of these is likely to occur with a privately traded REIT. 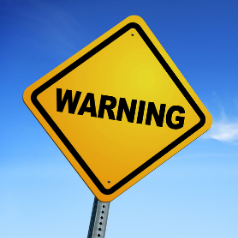 Unfortunately, buy-back programs are at the discretion of the fund management.  If they don't want to, they don't have to.  Guess what?  They don't want to.  That leaves you the secondary market.  Illiquid investments have huge bid-ask spreads.  That means when you buy something you pay a lot more for it than when you sell it.  It turns out that when you go to sell these investments, you'll get 20% less than their book value (what they're actually worth), which, of course, has zero relation to what the management says the share price is.  The management might say the share price is $10.00.  The book value might be $8.00.  And you might get $6.50.  Even when management does buy back shares, there is often a penalty (10% is typical) and a limit to how much they will buy back in any given year (3% of outstanding shares is typical).

Why Do Unlisted REITs Suck So Badly?

Several reasons, but the main one is fees, fees, fees.  Remember that steak dinner?  Someone has to pay for that.  It turns out these investments have a hefty front load, as much as 15%.  That means that for every dollar you pay, only 85 cents gets invested.  That 15 cents go to pay for the dinner and other “expenses” of marketing the fund.  (The financial “advisor” wants to get paid, right?  He's got a family too.  What about the managers?  Shouldn't they make a lot of money for running this great investment for you?)  The ongoing expenses further siphon investor's dollars into management's pocket.  The fact that the REIT isn't listed means that required disclosures to shareholders are much fewer.  In fact, it was only in 2009 that it became required for REITs to tell their shareholders how much their investment was worth on a regular basis.  The set-up is ripe for abuse by enterprising “businessmen”.

Okay, Okay.  I Won't Buy a Private REIT.  What Should Those Who Already Own Them Do?

John Wasik at Morningstar said to get an attorney.  A quick google search reveals several offering to file suit on your behalf.  If you're not interested in that, you can hold the investment, cross your fingers and hope for the best, or cut your losses and sell it on the secondary exchange market.  You can learn more about unlisted REITs and chat with others in your situation at the REITWrecks forums.  And remember in the future, that if the value of an investment isn't listed each day in the Wall Street Journal, you probably shouldn't be buying it.  The ability of investors to desert the investment in a rapid manner has a strange way of influencing management to behave better.

So Are Publicly Traded REITs Any Better? 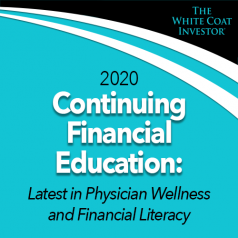 Vanguard offers an index fund that invests in most REITs for an expense ratio as low as 0.13%.  It is a highly diversified and low-expense way to access the asset class.  There is no load, and you can sell it any day the markets are open for the same price you can buy it for.  Best of all, returns have been about 11% a year since inception of the fund in 1996.  More importantly, correlations with the overall stock market can be quite low, allowing for an important diversification benefit.  The careful investor should note, however, that correlations were quite high during the 2008-2009 financial crisis.

Given the volatility of REITs, they should be considered part of the stock or risky part of the portfolio, and since they are a narrow sector of the market and economy, it would be prudent to limit REIT investments to no more than 5-15% of your portfolio.  But be aware, the current yield is quite a bit lower than the average historic yield, making it less likely that future returns will look like past ones.  Buying them might help your portfolio over the years, or they might hurt them.  But you should always give careful thought prior to deviating from The Default Portfolio.

What do you think? Have you been sold privately traded REITs? Comment below!

have never seen a more understandable explanation of private reit. i bought two from a “friend” in 2013. luckily one went public and i was able to sell. i still have the other one and they keep promising to go public but they arent. by being ripped off by this friend it gave me the impetus to start learning about personal finance, so it turned out to be a good thing.

Nice explanation! I realize this post is now dated but how does the Peak Housing REIT compare to the examples above?

Cash is a fact, profit is an opinion.