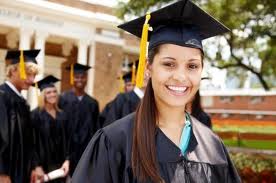 There are two types of 529 plans.  The first type is basically a  tax-free investing account, where you can choose from a variety of mutual funds and whatever is in the account when your kid matriculates is what they have to spend on college.  The second type is basically a way to pre-pay tuition.  Both types can be available in the same state and depending on the terms, willingness to take investment risk, and choice of college, either one could be right for you.  States are not the only entities with 529 plans.  Private businesses can also start them, such as the Vanguard 529 Plan.  The Private College 529 Plan is a private business with a 529 plan, but unlike the Vanguard plan, it is a pre-paid type of plan.

One significant downside of these private plans is that you don't get a state tax deduction for contributions.  That isn't insignificant.  I save about $500 a year on a $10,000 contribution to my state 529 plan.  Don't give that up lightly if your state offers a solid deduction for contributions.  Some states (Missouri, Arizona, Kansas, Maine, and Pennsylvania) have enacted “tax parity” laws, so you can contribute to another 529 plan and still get a state tax deduction, but these are still pretty rare.

A downside of pre-paid tuition plans is that just like pensions with many business and governmental entities, there have to be the funds in place to pay the bill.  Alabama has already flaked out on its pre-paid tuition plan (now guarantees only the 2010 tuition rates) and many other states have closed theirs.  It turns out it is hard to get investment returns sufficient to cover the rapidly rising cost of tuition, whether you do it yourself or hire a pre-paid 529 plan to do it.

The Private College 529 is interesting in that it doesn't have the usual limitation of pre-paid tuition plans- that you have to attend a university in your state's university system.  You have a choice of 270 private colleges, including Stanford, Princeton, Rice, Duke, and many other well-known schools.  When you make contributions to the plan, you get “tuition certificates,” a bit of funny money.  After 36 months, you can redeem the certificates at any of the schools (you don't have to choose when you make the contribution.) $30K might buy you a whole year's education at one school, but only 3/4 of a year at another school.  It appears that the amount you contribute is compared to the cost of tuition for that given year, then increased each year at the rate at which tuition goes up.  I believe this is individualized for each school, so if Stanford tuition goes up at 8% a year and Princeton tuition goes up at 5% a year, you'll get a better deal if your kid chooses Stanford.

The money is actually invested in Oppenheimer funds.  If the money grows at more than the tuition rate (after-fees) the school makes out like a bandit.  If it doesn't the school is still obligated to accept the tuition certificates, even if they later withdraw from the program.  The fact that the money is invested in Oppenheimer funds (not exactly my favorite mutual fund company) should be concerning to you if you should decide you don't want to go through with the plan and send your kid to one of these private schools.  If you decide to send the kid to the local State U, you get a refund, but the refund is capped at a gain or loss of 2% per year.  The downside protection is nice (especially since Oppenheimer is doing the investing), but your money may not even be growing at the rate of inflation the whole time it was in the plan, even if tuition skyrockets.  Just like the state takes the risk in a state pre-paid tuition plan, the school eventually selected takes the investment risk in this plan.

You or your kid will still need some money outside of this plan, since it only covers tuition and mandatory fees.  It doesn't cover books or living expenses, which can be paid for by a typical 529 plan.

All that said, this is a fantastic opportunity for those who'd like to send their child to an expensive private school.  If tuition continues to go up at 5-6% as it has the last 10-20 years, then this essentially represents an investment return of 5-6%.  The most serious risk is that your kid attends a public university and you're stuck with the guaranteed -2 to 2% return that you get when you ask for a refund (such as a rollover to a typical 529 plan.)

One smart approach might be to contribute to your state 529 plan up to the maximum deduction, then put additional money into this plan.  That way you're still getting your maximum state tax break, but still possibly be able to take advantage of relatively high, guaranteed returns.  The Wall Street Journal article mentions an advisor who uses this plan for the fixed income portion of his 529 money, figuring the likelihood of tuition going up at a rate lower than the going rate on bonds is pretty low.  He then presumably puts the equity portion into a state 529 plan.  That isn't much of an option for me, since I take a lot of risk with my 529 plans (100% equity for my 8, 6, and 3 year old).  But there is a third way to take advantage of this plan.  I could use my state plan for 10-15 years, taking advantage of higher equity returns and the state tax break.  Then, 3 years or so before matriculation, (assuming the kid looks like he can get into Stanford or similar and would actually want to go there), move the money into the Private College Plan for the last few years rather than moving to a less aggressive asset allocation in a state 529 plan.

All in all, the relatively new Private College 529 Plan should be considered for at least part of your college funding if a private college is a serious consideration for your child.

There’s a little button at the upper right on the mobile version that allows you to go to the regular version that you saw on your iphone before.

I’m still trying to figure out how to make the mobile version prettier. Sorry!

Okay, I think I’ve got the mobile version working better. Let me know (anyone) if you’re having trouble with any certain device.

For what its worth, I liked the old style better.

What could you do before that you can’t do now? Seriously, this is my first foray into a mobile version.

Actually, the mobile is fine, I just liked the look of the older one on the regular version (non-mobile) more. This one works fine however.

Thanks for a well researched answer.

I also wanted to thank you for your articles on Mortage Refinancing.
I greatly appreciate the suggestion of Rate One Mortage ( I do not have any financial relationship/ incentive here!!), but that one article and recommendation has saved me thousands of dollars !!!!

Love your blog and this post touched on an area of great interest to me. I’ve been contributing to Private College 529 plans for my daughters since 2003. It’s been more of a “feeling” type investment than a well thought out plan. Your very practical analysis helps highlight the pros and cons of continuing to aggressively fund the plans.

Before changing its name and switching to Oppenheimer, independent529plan.com used TIAA-Cref and the participating institutions also offered a pre-payment discount. This was in addition to buying at the current tuition rate. I’m less enamored of the plan since the change.

Thanks again for a great blog.

WCI, thank you for another excellent post, I’m an avid fan. I started investing in real estate after the crash, plan was to acquire 10-20 properties whose cash flow would first subsidize college, then subsidize retirement. I only acquired 3 properties before the markets became too competitive for my comfort level.

I am now switching gears to a 529 plan for my 5 year old. I live in the tax parity state of Pennsylvania, and am struggling to decide between the pa529 GSP (tuition credits to use at any university my daughter attends), and the Utah 529. I will get the same tax benefit on up to $14,000/yr in either scenario.

Any thoughts would be greatly appreciated.

It’s a hard comparison to make, as it is apples to oranges. It really comes down to market performance vs tuition inflation. When it’s not clear what to do, one option is to split the difference!

I have not contributed to my 529 plans since 2011. I understand that I can put up to 5 years worth of contributions into the plans at once. Thus, if I were to put $70,000 into each plan today, can this be backdated to 2012, 2013, 2014 and 2015 or does it only apply to the 5 years forward? In other words, if I contribute this year, does it mean I can not contribute at any time in the next successive 5 years? This is my understanding. Thank you for any ideas you have.

Thank you again, as always, for your quick response. Unfortunately not the one I was hoping to hear.

Hi WCI,
Husband and I live in CA and we opened up the Utah 529 plan for our two kids. I am trying to decide how much we should contribute to the plans (we want to provide as much financial support as possible) but I remember on one of your blogs you said you only contribute up to the amount of tax credit allowed by your state. Can you elaborate on this a bit and how this pertains to our situation? I chose age-based aggressive global for one kid and age-based aggressive international for the other kid.

It really comes down to how much you can afford and how much you want them to have for college. For example, if I put $4K a piece per year into their 529s from birth to age 18 and it earns 8%, that’s $150k for college. In Utah, the typical cost of attendance for an undergraduate institution is $15-20K per year. As you can see, it doesn’t take much to cover that, especially if there will be other sources of income.

Likewise, I have lots of other stuff I want to spend money on, like retirement savings, paying off the mortgage, putting money into the kid’s Roth IRAs and UGMAs, and wakeboats. So I don’t put $28K into each of their 529s every year because I can’t afford to do it all. But it seems worth it to me to at least put in the amount that maximizes my state tax credit. So that’s what I’ve done so far.

But if you want to put more each year into 529s for whatever reason, I certainly wouldn’t stop you. Nothing wrong with doing that, as long as you’re meeting all your other financial goals.

I live in the tax parity state of Missouri and am currently maxing out our state deduction by contributing $16,000 to the Utah 529. My wife and I max out retirement contributions and are now considering also contributing to the Private College 529 for our 5 children.

Is there anything that prevents us from contributing to both the Utah 529 and the Private College 529 at the same time? Also, do you know who the “qualified family member” would include if none of our kids go to a private school and we wanted to transfer the 529? Thank you for a great article.

For the purpose of determining who can become a designated beneficiary of a 529 plan, a qualified family member includes the following: