Morningstar is a (mostly) online investment advisory company that specializes in collecting vast amounts of data on stocks, bonds, and mutual funds.  It rates mutual funds using a 5-star system, and classifies them by what they invest in.  They also employ  hundreds of analysts and writers to write up various investments and investment related topics.  There are forums at the site where you can discuss everything from individual stocks to your favorite mutual fund company.  The most popular investing forum on the internet, http://bogleheads.org, started as a forum for Vanguard investors at Morningstar.com.

When looking up information on a mutual fund, you really only have two places on the internet you can go.  The first is to the fund company websites, where you can search through the pages until find the particular fund and can look up its prospectus and most recent annual report to get the information you're seeking.  Alternatively, you can go to Morningstar.com, put in the fund's ticker symbol in the “quote” box at the top, and voila, the information you seek is at your fingertips.  You can see the current price, past performance, current yield, size of the fund, minimum investment and expenses including loads, expense ratios, and 12b-1 fees.  Much of the information on the site can be had for free.  They also sell a premium service, which also includes access to the analysis section of the site, where all those analysts have written current information about every publicly-traded fund in the world.

This is the stock, or equity style box.  The x-axis classifies stocks by how “valuey” or how “growthy” they are.  A value stock gives you a lot of earnings and book value for the price of the stock.  An example of a value stock is K-mart.  A growth stock is a company that is likely to grow quickly.  It is a leader in its market, such as Wal-mart.  Now, everyone knows that Wal-mart is a better company than K-mart, so you have to pay more for a share of Wal-mart compared to its current earnings.  The y-axis classifies stocks by the size of the company.  Large stocks are similar to those in the S&P 500, like Exxon, Apple, Microsoft etc.  They have huge operations, thousands of employees, and make billions a year.  Small cap companies may only make one product, and go out of business easily.  In general, value stocks and small stocks are more risky (i.e. more likely to go out of business) than large and growth stocks, and so have a higher expected return.

This is the bond style box.  The x-axis represents the maturity of the bonds held by the fund.  Short-term bonds might mature in a year or two, intermediate bonds in 5-7 years, and long-term bonds in ten years or more.  The y-axis ranks bonds by quality.  High quality bonds are similar to US treasury bonds.  They are guaranteed by the full faith and credit of the United States Government (and thus, its taxpayers.)  They are very unlikely to default.  Low quality bonds are also called junk bonds, and a decent percentage of these default every year.

You can use these boxes to see what a mutual fund holds and compare it to others.  Morningstar will display what a fund holds as either a graph, or as a table.  Look at this example here for Vanguard's Total Stock Market Index Fund. Compare this to the Vanguard Small Cap Value Index Fund.  Very different holdings.  Let's compare two bond funds.  First, the Vanguard Long-Term Treasury Bond Fund.  Now compare to the Artio Global High Yield Fund. Look for the style box and at a quick glance you can see the differences between what the funds hold.  Most mutual fund companies have since adopted the style boxes and you can see them scattered throughout their reports and prospectuses.

The second neat thing about Morningstar.com is their “x-ray.”  You can enter in your portfolio, and it will quickly give you an analysis of it.  This will show you the “Morningstar style boxes” of your entire combined portfolio, your overall asset allocation, and your expenses.  Definitely worth a look if you've never done any kind of analysis of your portfolio.

All of that is available for free without signing up for anything. You have to sign up for a free membership to post in the forums.  If you sign up for a premium membership, you get a few more features.  You get access to the detailed reports on stocks and mutual funds put together by their analysts.  You also get a stock and fund screener with more features than the one available for free.  You get more data from the x-ray function too.  They also e-mail you when something changes with stocks or funds that you own.  This is particularly important if you choose (or are forced to due to limited 401K choices) to invest in actively-managed mutual funds.  The premium membership costs $20.95 a month, or $185 a year.  That's a real deal compared to many financial advisers who may charge you 100 times more for much less useful advice.  At least with Morningstar the advice is reasonably unbiased.  But if you're cheap like me, you may be able to get by with just the free features.  But there's no harm in trying out a premium membership.  You can look up all your holdings during the 14 day free trial period, then cancel if you don't think ongoing use of the premium features are worth it to you.  Sign up below to try it out. 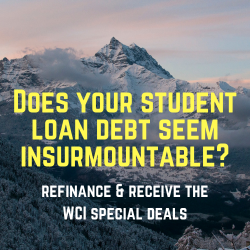 Kiplingers: So how should the star system be used by investors?

Phillips: As a way of identifying funds that have had success in the past.

Kiplingers: That's a pretty modest role. Can't you claim predictive value?  Don't funds with the most stars tend to be the best funds subsequently?

Phillips: The stars take into consideration performance, all costs, and risk.  And performance is probably the weakest of the three factors in terms of projecting from the past into the future.

Morningstar also did its own study in 2010 that was subsequently discussed in the Wall Street Journal (Google “Low Fees Outshine Fund Star System”) that basically says that choosing the cheapest fund is more likely to give you better future performance than choosing the fund with the highest number of stars.  It is pretty depressing that even with its army of analysts, Morningstar cannot predict which mutual funds will outperform in the future any better than the individual investor armed with a list of mutual funds and their expense ratios.  What makes you think you can?  Stick with index funds.  Over the long run you'll outperform most investors.

What do you think? Do you use Morningstar's database or tools to assist your investing? Why or why not? Comment below!

Morningstar is a dishonest service that practices sales tactics that I wouldn’t expect to see in the financial world. They will bait you with a $23.99 cost of a monthly membership, and bury the part about it being “recurring” in the terms and services, refusing to refund the amount they misled you into paying.

I’ve worked with much lesser known companies who, after complaining about this type of bait and switch tactic, will refund your money. Not morningstar. It seems like they need to depend on misleading their customers to make any money.

I’m surprised you wouldn’t expect to see this in the financial world.

There is no subscription to my site and I’m not Morningstar. Do you mean the WCI forum?

Success usually comes to those who are too busy to be looking for it.