I heard a call recently on The Dave Ramsey Show from the wife of a soon to graduate dental student. She was asking about whether he should use a doctor loan to buy a house. Here are the two segments in case you missed it:

I thought the call was illustrative of two things. First, the call demonstrated the unbelievable burning desire of graduating docs, and especially their spouses, to buy a house. I’ve discussed this many times before and regular readers know how I feel about buying a house right away (i.e. don’t, especially if you still have years of training ahead of you.) Second, the call illustrated just how debt-numb most doctors are at the completion of their training, as discussed in this guest post a few months ago by a “profligate borrower.” You see, Dave quickly asked this lady the key questions- “How much student loan debt?” and “How much income?” The answers were not particularly surprising to someone like me who has a pretty good feel for the pulse of the current professional educational environment, but it apparently was to Dave. She said “$480K in debt and $120K in income.” 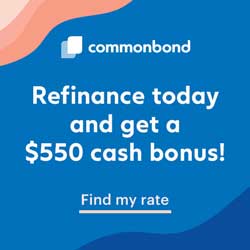 The problem here may not be obvious to someone who has not had to deal with a significant student loan burden. To those who have, the issue is very clear. You see, you cannot actually pay off that loan with that income during a normal career length. Let me demonstrate.

Consider the amount of interest that accumulates each year on a $480K debt burden at, let’s say 7%. It’s about $34K. Let’s assume this couple is relatively tax savvy and only pays 20% in taxes. That’s $24K. So, $120K-$34K-$24K= $62K. Let’s assume this family of four lives relatively frugally on a resident’s salary, $40K. That leaves $22K with which to actually pay down the debt, save for retirement, and save for college. Just for fun, we’ll say half of it, $11K, goes to debt pay off each year. How long does it take to pay off $480K at $11K per year? $480K/$11K per year = 44 years. What? You wanted to have your loans paid off before you’re eligible for Social Security? Not going to happen. Not to mention you’re never going to become wealthy when you’re only putting $11K a year toward it, and that’s totally ignoring helping the kids with college.

Now, before the critics get after me, I know that it’s not quite as bad as I illustrated. In fact, if you put $45K ($34K interest and $11K principal that first year) toward the 7% debt each year, you actually pay it off in just over 20 years because more of the payment goes toward principal each year. But whether it’s 20 years or 44 years is largely irrelevant in this scenario, because we’re talking about someone who busted his butt in high school to get into a good college, busted his butt in college to get into a good dental school, and then ends up with the equivalent of a resident’s salary for nearly his entire career. Now, I know dentists are really into teeth, but I doubt very many of them are into teeth enough (at least after the first 5 years) to do it for the equivalent of a $40K/year salary. (Correct me if I’m wrong dentists.) 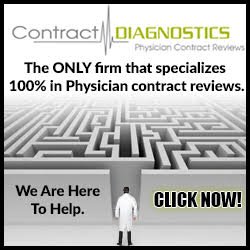 So what is the ideal ratio? Well, it’s 0X, but that’s the wrong question to ask. The right question is what is the maximum ratio you should tolerate before deciding it just isn’t worth it? 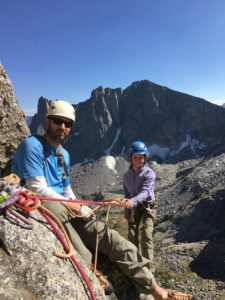 I think most docs should aim to have their student loan burden gone within 5 years of the completion of training. What percentage of income must go toward student loans to accomplish this? Let’s take a look.

Let’s assume an interest rate of 7%.

Basically, 3-4X is impossible. So don’t ring up 3-4X in student loan debt. Either choose a different profession or find someone else (i.e. the military and similar) to pay the bill.

What if you already have?

Unfortunately, this is the real question. There are tens of thousands of docs who are either in this situation or soon will be. What can they do? Well, there are a few options to consider.

What if that dentist figured out a way to make $250K instead of $120K? Now his ratio is less than 2X. How can he do that? He can go to an area with more demand, he can work harder, or he can learn a thing or two about business and own the practice, bringing in some associates and keeping part of what they generate. He can also take a second job, such as real estate investing or another entrepreneurial pursuit.

There aren’t nearly as many of these for dentists as for physicians, but they do exist. Even if the job pays 25% less, if it also means your loans are gone in less than a decade.

# 4 Get a Partner, Especially a High Earning One

There are many doctor couples I have run into where one of them is either not working at all or barely working. That’s fine. It’s not tough to live on a single doctor salary- I’ve done it for years. But in this situation, the family isn’t living on anywhere near a doctor salary. So if your spouse has the ability to earn, especially earn a lot, send them to work. You simply cannot afford the luxury of a stay at home spouse given your previous financial errors.

I almost put a # 5- live really frugally, but that’s pretty much a given. You don’t even really have the option to do otherwise, and you can only squeeze so much blood from a turnip. Clipping coupons and reusing paper towels isn’t going to do a lot when it’s up against a debt churning out $30K+ a year in interest.

If you’re in this situation, I’m sorry. If you’re not yet in this situation but heading that way- do all you can to minimize your student loan burden and maximize your income. It might seem like monopoly money now, but I assure you the bill will come due eventually.

What do you think? What is the maximum acceptable ratio of student loan debt to income? What is the best way to deal with it if you find yourself already in this situation? Comment below!