What are your thoughts on the newer leveraged index funds? For example, the ProShares UltraPro S&P500 (UPRO), which is 300% leveraged and therefore aims to achieve 300% of the daily return of the S&P. If my understanding of these funds is correct, you're basically paying a premium on the expense ratio side (in this case about 0.9%) and the obvious increase in risk to have someone else take the risk of buying on margin for you.

Clearly these funds for the short-term investor are pure speculation, but for a “buy and hold” strategy, especially for young investors, how would having a portion of your portfolio invested in these funds play out over the long term? I'm not smart enough to do the math, but I imagine a big part of the answer to the question would come down to how well the fund did in the immediate period after you bought it. I'm curious to hear your response.

All you need to know about these funds (and ETFs) is that you probably shouldn't mess with them.  If you want to understand why, read on.


You hit the nail on the head in your question- these funds are for pure speculation for the short-term “investor.”  If you haven't figured it out yet, speculation is a lousy way to “invest.”  It involves high expenses, emotion, and poor returns, all to be avoided by an investor trying to reach a financial goal.  The main problem is that these funds are designed to replicate the return of a stock index ON A DAILY BASIS, not an annual basis.  If the S&P 500 goes up 1% on Tuesday, a 3X Leveraged Fund is supposed to go up 3% (less expenses) on Tuesday. But, you say to yourself, I can tolerate the heavy swings up and down in order to get solid long-term returns.  All those +3% and -3% days surely add up at the end of a year to a great return, no?  Well, let's look at the record.  These are fairly new, but we have some data to look at.

Let's start with the fund you mentioned, the ProShares UltraPro S&P 500 ETF (UPRO).  The proshares literature says this:

“This Ultra ProShares ETF seeks a return that is 3x the return of an index or other benchmark (target) for a single day, as measured from one NAV calculation to the next. Due to the compounding of daily returns, ProShares' returns over periods other than one day will likely differ in amount and possibly direction from the target return for the same period. These effects may be more pronounced in funds with larger or inverse multiples and in funds with volatile benchmarks.” [Emphasis theirs.]

I assure you're they're not lying.  Let's compare it to a well-known index fund that follows the S&P 500, such as Vanguard's own VFINX (VOO in ETF version.)  UPRO was started in July 2009, so we have 3 good years to compare.

Wow!  215% returns.  That looks pretty awesome.  But let's think for a minute.  This occurred over a 40 month bull market.  We saw very brief downturns in 2010 (17% decline), 2011 (17% decline), and 2012 (9% decline),  but otherwise it's been UP, UP, UP for the last 3 years.  In fantastic years, the leveraged fund seemed to magnify that fantasticness.  The figure in that chart that really ought to make you go “hmmmmm” is the 2011 return.  The stock market that year had a good first half, then a serious third quarter decline, and finally climbed back to just above where it started.  But the leveraged return WASN'T 3 times the small, but positive, return for the unleveraged return.  In fact, it had a magnitude 6 times as large and was in the opposite direction!

The Downsides of Leverage

Now imagine what could happen in a particularly volatile market, or worse, one that went DOWN, DOWN, DOWN.  Imagine, if you will, that the fund somehow managed to provide 3X leverage on the annual return of the S&P 500 in 2008 (-37%.)  Every dollar you had invested in the fund would have disappeared right along with the fund.  What kind of a return do you need to make up for a 99% loss?  I'll give you a hint, it's a five figure number.  When's the last time you saw a fund do that in a decade, much less a year.  Leverage works both ways.

Not As Bad As Expected

To be honest, after looking at the numbers, they weren't as bad as I expected.  A recent paper that disputes the main criticism of these funds may explain why.  Critics say that while these funds can work for periods of a day or less, the effects of leverage cause this to not be true for longer periods of time.  The authors of the paper state they found no evidence for this, at least for periods up to 6 months.  Unfortunately, like with good medical problems, the devil is in the details, specifically the methods section.  Let's look at their assumptions:

For the period target return, the leverage ratio/beta is set at the beginning of each period and not changed for the duration of that period. For the hypothetical 2x and -2x funds, the leverage is reset daily to either 2x or -2x. Therefore, the hypothetical daily target return leveraged or inverse funds achieve is exactly the daily multiple times the daily index return each and every day of the holding periods.

Index price return is the basis for the analysis.

It's always nice when they include dividends, but I guess it's a reasonable simplification.

These funds have expense ratios that are 10-30 times as high as an index fund following the same index.  With all the buying/selling, turnover, bid/ask spreads, commissions, taxes, and interest (gotta pay it if you're going to leverage) expenses, the expense ratio is just the beginning.  Ignoring this is a serious limitation on the study.

Period target returns are not constrained by capital (i.e., losses can exceed -100 percent)

Yea, that seems realistic.  The researchers just wanted to look at the effects of compounding, but an investor actually cares about what he's going to make with these things.  Once you go broke, the only way back in is to pour in money, you can't just leverage your way back.  As I mentioned earlier, a 3X fund in 2008 would have gone to zero.

So while it appears the compounding issue may not be as serious as it at first appears, I still cannot in good conscience recommend them for long-term investing.  All these ETFs are pretty new though, and I think it'll be a lot easier to definitively show whether these are a bad idea for a long-term investor or not in 10 or 15 more years.  I think it would have been really instructive to follow one of these through the 2008 bear market.  I suspect the fund would have closed.

What do you think?  Do you use these funds?  Comment below. 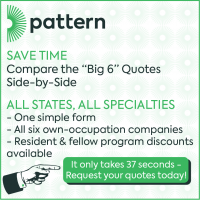 Do not use, would not use.

If you’re a daytrader I could see you using these.

Market goes down 25%. The 25% market decline results in loss of 50% of principal, so you’re at 50% principal, 100% loan. The decreased principal will be rebalanced, so principal and loan are equal. The rebalancing means you must sell 1/3 of your stocks. You’re selling stocks when the price goes down.

Market goes up 25%. Your principal goes up 50%., so you’re at 150% principal, 100% loan. The increased principal will be rebalanced, so principal and loan are equal. The rebalancing means you must buy stocks. You’re buying stocks when the price goes up.

The Yale endowment fund rebalances on a daily basis, for the reason mentioned in the fourth paragraph. For a levered portfolio, the ideal rebalancing interval is to never rebalance.

Good link from the SEC on leveraged ETFs.

A market downturn doesn’t bother us. It is an opportunity to increase our ownership of great companies with great management at good prices.