I met Allan Roth at a Bogleheads meeting a couple of years ago. He had a spare copy of his book “How A Second Grader Beats Wall Street” with him and gave it to me. Allan is a fee-only financial advisor whose website is appropriately named “Dare To Be Dull.” 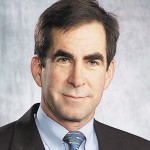 Allan runs a firm called Wealth Logic, LLC where he helps individual investors to develop and maintain “dull” portfolio.  His basic investing philosophy (which I happen to agree with) is that good investing is boring investing.  He is also an exceptional advocate for the idea that investing can be very simple.  In fact, that is the premise of his book, appropriately entitled “How a Second Grader Beats Wall Street.”  In this book, he uses his then 7 year old son, Kevin, to explain basic principles of investing.  He also explains why adults often fail at the really quite simple task of developing and maintaining a sound portfolio.

Book Review of How a Second Grader Beats Wall Street

Each of the thirteen chapters in the book opens with an anecdote from his son's life as he attempts to teach his son how to invest. One of my favorites was the one he used to teach Kevin about the importance of a high-quality bond portfolio. Kevin was disappointed to learn that he could only get 5% interest from a US treasury bond (if only we could still get that) and wanted to get a 10% return on his bonds. Allan, knowing the only way to get a 10% yield on a bond at the time was to invest in junk bonds, explained it this way:

“Do you trust all the kids in your class?” I asked.
“Kind of,” Kevin replied, “except for Randy.” He filled me in on Randy and all the trouble he constantly got into.    From what Kevin told me, I wouldn't be surprised if the principal had Randy's parents on speed dial. I asked him if he would lend a dollar to Randy.
“No way!” was the adamant reply.
What if he promised to pay you back one dollar and ten cents tomorrow?” I suggested, noting that this was a 10% return in one day.
Kevin continued shaking his head and saying no because Randy was always borrowing stuff and not returning it.
I was on a roll now. I asked Kevin the same question about one of his closest friends. “Would you lend a dollar to Brittany, if she promised to pay you back a dollar and ten cents tomorrow?”
“Of course,” he responded without hesitation, “she wouldn't even need to pay me the extra dime.” My wife beamed at Kevin's cuteness or altruism (or both). As a dad, I was also proud; however I realized I had a thing or two still to teach him about capitalism.
I explained to Kevin that we could invest in bonds that might pay 10 percent, but it would be like lending money to companies that sometimes behave more like Randy, and don't always pay back what is lent to them. We call these junk bonds. I went on to say that if we lend money to companies that are more like Brittany, in that we know them pretty well and they will be a ble to pay back our money, we only get a 5 percent return. This is because we know these companies behave much more like Brittany than Randy. We call these government and investment-grade corporate bonds.
“Oh, I get it,” said Kevin happily. “I don't want the junk bonds because I might not get my money back.”

Don't assume that the book is simplistic.  Despite the title, it really isn't aimed at a second grade audience.  Just as Jesus Christ taught that you would become more godly if you were more like a child, so Mr. Roth teaches that you would be a better investor if you would rid yourself of the “sins” of adult-style investing, including performance chasing, watching the market too closely, investing in promises that are too good to be true, and overcomplicating your portfolio.  For example, his chapter called “Nightmare off Wall Street” where he discusses the problems of investing in products which are too good to be true is brilliant.  He begins by playing a game of Monopoly with Kevin in which he begins changing the rules every lap, then offers Kevin a copy of the rule book, a 473 page annuity prospectus with tiny type, which like the rest of us when offered this volume by a “financial planner”, Kevin doesn't want to read.  Allan then proceeds to go through the problems with cash-value life insurance, investment newsletters, investment education seminars and software, hedge funds, gurus, and mortgage maximization schemes.  Every doctor would benefit from reading just this one chapter.  Nearly every doctor I know (including me) has fallen for at least one of these schemes at one time or another and the advice in this chapter is worth ten times the price of the book.

Is How a Second Grader Beats Wall Street Worth the Read?

In summary, Allan's book is a worthwhile addition to your library.  Continuing finance education (like CME) needs to be done occasionally during your career and even retirement.  I recommend reading at least one good book a year.  Allan Roth's very readable and entertaining text certainly qualifies.

Disclosures: I have no financial relationship with Allan or his firm, but if you buy his book on Amazon through a link on this site, I get a small commission.

Thanks for the kind words on my book.

Are you going to the Bogleheads meeting this year?

Unfortunately won’t be able to make it this year. Thanks for the book. You never know when giving a book away will result in a little free publicity. 🙂