[Editor's Note: We get a lot of interesting stuff submitted as potential guest posts here. I've never seen one on this subject though so I thought it would be a great introduction to an important topic that can affect at least a few doctors. Today’s guest post was submitted by Joseph Gentile, Esq., Co-Founder and Partner of Sarraf Gentile LLP, a law firm focused on advising whistleblowers and representing individual and institutional clients in class action litigation. We have no financial relationship.]

Fraud in the healthcare industry is a fact of life.  In 2016 alone, the federal government estimated that improper payments by Medicare and Medicaid totaled about $95 billion.  And that’s only a single year’s amount for just two of the government’s numerous healthcare programs.  With an aging population, increased healthcare spending, the passage of the CARES Act and the government’s multi-trillion-dollar effort to mitigate the health and economic effects of the Covid-19 pandemic, healthcare-related fraud will only increase. 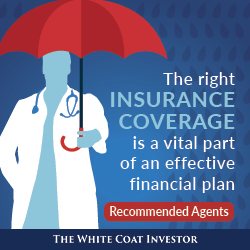 Unfortunately, some doctors and other healthcare professionals are in the unenviable position of witnessing or even being asked to participate in billing and treatment frauds.  Most will want to do the right thing and report it.  But becoming a physician whistleblower is difficult, not least of which because of the uncertain impact on their career and finances.

A Tool to Fight Fraud: The False Claims Act

The False Claims Act (FCA) – one of the most powerful tools devised to fight fraud – helps address the tension inherent in blowing the whistle.  The law was originally passed during the Civil War to address the sale of defective supplies to the Union Army, which not only squandered tax dollars but also endangered soldiers’ lives.  The FCA has since evolved to encompass protecting most government dollars, including healthcare spending programs such as Medicare, Medicaid, Tricare and others.  It provides stiff penalties for violators and substantial financial rewards and retaliation safeguards for whistleblowers.

To help think through if blowing the whistle is the right move, here are some thoughts on the financial downside, upside and backside protection.

The Downsides for Physician Whistleblowers

First, the downside.  FCA cases are filed in court but they are initially filed under seal.  That means that the papers filed in the case, including the existence of the case itself, are not publicly available.  The defendants may not even know that a case has been filed against them.  For a period of time, therefore, the identity of the whistleblower who files a case is not known.  However, this anonymity is not for the benefit or protection of the whistleblower.  Rather, this is done to give the government an opportunity to investigate the allegations without the target knowing that it is under investigation.

With some exceptions, every FCA case will eventually come out from under seal, the papers will become publicly available, and the whistleblower’s identity will be revealed to the public.  That means your colleagues, your employer, and anyone who does a background search on you can find out that you filed a whistleblower case.  This can lead to social shunning and, in some cases, lost professional opportunities.  It’s a real risk to physicians, and the prospective whistleblower has to be willing to accept these potential consequences before deciding to go forward. 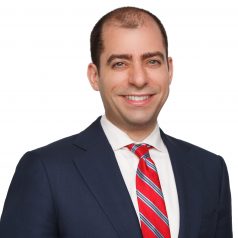 To help ameliorate this risk, the FCA includes anti-retaliation protections.  These provisions prohibit an employer from retaliating against an employee “because of lawful acts done by the employee…in furtherance of an action under this section or other efforts to stop 1 or more violations” 31 U.S.C. §3730(h).

Prohibited retaliation includes: termination, suspension, demotion, harassment, or any other discrimination in the terms and conditions of employment.  In order to prevail on a retaliation claim, an employee must prove:

These protections are not bulletproof, but they will deter many bad actors from behaving in a spiteful manner and give whistleblowers a way to sue those that do.

However, the FCA is not all downside.  There is considerable upside as well.

Financial Upsides of Blowing the Whistle

Under the FCA, the government will (with some exceptions) pay the whistleblower a reward of 15% to 30% of the total money recovered from the defendants.  Because healthcare FCA cases frequently involve many millions of dollars, the rewards in these cases can be life-changing.

For example, we recently represented one of the whistleblowers in the government’s historic $1.4 billion recovery from Reckitt Benckiser Group involving the marketing of Reckitt’s opioid addiction treatment drug Suboxone.  For their efforts, the whistleblowers were awarded over $100 million dollars.  [You can read about the case here].  While this result is not typical, seven-figure whistleblower awards are common.

The Cost of Hiring an Attorney

In addition to the financial risks and rewards of blowing the whistle, another economic aspect of these cases is the cost of hiring an attorney.  Litigating complex factual and legal matters for several years against high-powered corporate defense lawyers takes a tremendous amount of skill and attorney time.  Fortunately, many lawyers who regularly handle these types of cases (including our firm) do so on a contingent basis, meaning no fee is charged unless the client prevails.  Also, the attorneys usually front all of the case expenses and they only recoup those expenses if there is a recovery.  The attorney’s fees vary and are typically a percentage of the whistleblower’s award.  They can range from one third to 45% depending on a number of factors including whether the government joins the case and assists in its prosecution.

Most physicians who decide to become whistleblowers don’t do it solely for money.  They are typically motivated by a strong sense of justice and fair play.  However, given the risk and time commitment involved in blowing the whistle, the financial implications of doing so are worth consideration.

What do you think?  Have you witnessed or been asked to participate in healthcare fraud?  Do you think blowing the whistle is worth the risk?  Comment below!

Recently I moved and my new doctor talked briefly about my diet and weight. Being a diabetic and a new patient I did not think much about it. Eventually I found that he billed Medicare for obesity counseling. I thought this inappropriate but did nothing. Is this considered fraud or just something that doctors do? Just curious he fired me due to his too controlling methods. Thanks

That’s legit. I do that with smoking cessation frequently. If I spend 3 minutes on it, it’s billable. At any rate, why disincentivize doctors from trying to get you to do what would be one of the best possible things you could do for your health?

Interesting read, thank you for putting this out there.

Thanks for the great post.
After having a parent (with dementia) in a long-term care facility for over seven years, I have seen many examples of charges that were questionable and not verifiable. If I could have produced enough evidence and been a whistleblower, I certainly would have. The driver in charges was usually the facility rather than the doctor or pharmacy. Additionally, many families with loved ones in a facility are very reluctant to speak up or challenge any charges for fear of retribution or retaliation. I usually felt a sense of powerlessness at being unable to fix or challenge the charges that I knew were not right.

I reported my supervising MD for False Claims….he retaliated 1) terminating my employment with false allegations, 2) refusing to verify my employment to a licensing agency, as well as tell another potential MD employer that I have multiple disabilities….In essence, I lost 3 jobs for being a whistleblower….I reported his retaliation to the EEOC who in turn is now investigating him for Disability Discrimination. In retaliation to the EEOC and medical board investigation, he filed a false allegation to the state medical board. Upon receipt of his false complaints against me, the medical board subpoenaed him for all of my employment records to back up his allegations…..to this day, he has yet to comply with the subpoena. Sadly, he believes I’m the only whistleblower to his instances of False Claims….I’m glad the OIG is now investigating him.

This is the best article on this blog in a long time!

Experience is the hardest kind of teacher. It gives you the test first and the lesson afterward.