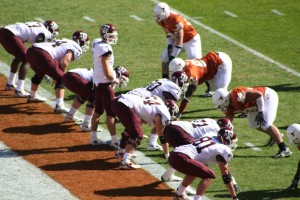 A 529 plan is a college savings plan usually run by an individual state.  There are also independent plans and plans run by educational institutions (which can only be the pre-paid tuition type.)  As a general rule, you can get a state tax deduction for contributions, the money grows tax-free, and then if used on approved educational expenses, is not taxed when it is pulled out.  A 529 plan should be the mainstay of the college savings plan for the children of most physicians.

The beneficiary is the child, of course, and that can be changed if the kid decides to spend his 20s smoking dope instead of going to law school.  But there are several different options you can use as the owner.  Let's take a look at them one at a time:

You can actually contribute to your own 529.  So the beneficiary and the owner can be one and the same.  There are four significant downsides to this approach.  The first is that the parent loses control of the money.  The above-mentioned drug addict can take all that money, pay the taxes and penalties, and give it to his toothless honey.

The second is that it counts against the child in financial aid formulas.  Your child may still have “financial need” to pay part of the costs of education.  Remember the FAFSA?  On the day you fill that out, 5.6% of the value of the 529 plan will be deducted from the child's financial need.  That means fewer grants, loans, scholarships etc.  Distributions from the plan (which of course you're going to have to take) actually reduce “financial need” dollar for dollar.

Third, the person who owns the account gets to take the state tax deduction.  In most cases, that's going to be a lot more valuable to you than to your child.  Last, in my plan (and I suspect most plans), you have to be 18 to open an account.  That's a little late to be saving for college.

The Parent as Owner

This is probably the most common set-up, and what I'm currently doing for my childrens' 529s.  Parental ownership is exactly the same as child ownership from the perspective of the FAFSA and your expected financial contribution (EFC).  The EFC is reduced by 5.6% of the amount in the 529 and 100% of the distributions.   However, I get control over the money and can change the beneficiary as needed.  I also get the state tax deduction, which for my 3 kids in Utah is worth up to $500 a year.

The Grandparent as Owner

Lots of financial advisers recommend the grandparent own the 529.  The main benefit is that the EFC isn't reduced by 5.6% of the amount in the 529.  The distributions still count against the child, but you can delay those until later in college (i.e.wait until the senior year to do the 529 withdrawals, using loans or other resources until that time.)  This approach allows the grandparent to have control, which is fine if they're the ones contributing the money, but perhaps not so fine if you're giving them the money to contribute.  The grandparent's contributions, of course, reduce the size of their estate which may have some beneficial estate planning effects for them.

529s can even be opened by a trust.  There are some benefits to doing this, primarily flexibility in the event of your death, but there are some downsides too (like being unable to put 5 years worth of contributions in at once).  The trust's assets, whether in a 529 or not, are counted toward the EFC at the same rate.

Which should you choose?

If you don't expect your child to need (or qualify for) any financial aid, then go ahead and own the thing yourself.  There really is no downside in this situation.  If you expect to only pay part of the cost of their education, you should seriously consider making a grandparent or other trusted friend or relative the owner.  But trust is key.  Remember that the grandparent can always take the money out, pay taxes and the 10% penalty on earnings, and stuff it into slot machines on The Strip.

You keep saying “reduce” the EFC… do you mean “increase”?

Surely the contribution isn’t lower the higher the 529 balance?

The problem with gaming the system by putting the accounts under someone or something other than yourself is that it isnt likely to work. If you are another doctor reading this blog then very likely you have reasonable income and that will always count. It just isnt worth all the hassle for the possibility of more loans.

The Expected Family Contribution (EFC) that WCI speaks of is a measure of a family’s financial strength and is calculated according to a formula established by law. A family’s taxed and untaxed income, assets, and benefits (such as unemployment or Social Security) are all considered in the formula. Also considered are your family size and the number of family members who will attend college or career school during the year.

I agree with you Rex, that there isn’t likely to be much of a benefit to gaming the system for most docs.

I contribute to my sons 529 plan after tax. Would I pay taxes on it again if it was withdrawn for purposes aside from education? And who would I pay the tax to….state/federal?

You would pay taxes on the earnings in the 529, plus 10% to the federal government. State laws obviously differ. If you’re in a state with no income tax, you’re obviously not going to pay any. Here in Utah I get a tax break for contributing to the 529. If I spend the money on something besides school I pay taxes on the earnings but as of 2010 there is no recapture of the original tax break.

If you withdraw the money due to death or disability of the beneficiary, or if the beneficiary gets a scholarship or goes to a military academy, then the 10% penalty doesn’t apply, but the taxes still do.

Just finishing residency and have 6 children. Do I need to open 6 different 529 plans or can I have a “group” plan? And are the plans able to pay for tuition in any State? Ex. open Missouri 529, but child ends up going to Utah for school, any penalty or loss of funds?

You can’t have a group plan, but you can put it all in one kid’s name and then after he gets out of college change it to another kid’s name. The downside for me doing that is I lose part of my state tax deduction. I get a deduction for the first $3K or so per kid/account. So if I put all $10K into one account, I’d only get the $3K deduction. But by spreading it into 3 accounts for my 3 kids, I get a $10K deduction.

So you should either pick your state plan in order to get a state tax break, or go with a solid plan like Utah or Nevada and forget about the state tax break.

My kids got a partial scholarship to our state university which they are now attending. It is so cheap that I pay with cash. They each have 100k in 529s that I control. Can I just transfer the accounts to them later that they can use for whatever purposes they want i.e. buying first home? I suspect that after graduation, their income can’t be greater than $80k/yr and would be in lower tax bracket than myself.

I´m the owner of our newborn´s 529 account. Can I frontload with $150K if my wife and I file taxes jointly, or does she need to contribute on her own? In other words, can I superfund a single 529 account, or each one of us has to contribute $75K separately? Thanks

There is no gift tax on annual contributions to a 529 account up to $15,000 ($30,000, if filing
jointly). Additionally, a special Internal Revenue Service provision for 529 plans allows a single
person to make a gift of $75,000 ($150,000, if married and filing jointly) to a single beneficiary
in one year without creating a taxable gift if on IRS Form 709 they elect to treat the entire gift
as a series of five equal annual gifts ($15,000 per year, single; $30,000 per year, married filing
jointly). Additional gifts to the beneficiary from the same contributor during the five-year period
are subject to federal gift tax rules.
Although such contributions are considered completed gifts, the account owner retains
control of those contributions—and the account balance is not included as part of their estate.
As a result, gift tax and generation-skipping transfer tax rules apply.

I’ve never put in more than $15K per year, so no personal experience. But the above would lead me to believe that I could contribute $150,000 into the account, even though only my name is on the account as the owner.

In an attempt to confirm this, I just tried to contribute $150K to a Utah My529 account. It let me get to the page just before the transaction actually goes through and it seems to be fine.

Any sense in opening a 529 in your name years before the birth of a child? Ideally contribute 5k per yr for the state tax deduction (NY) and have a nice sum saved before they are even born.

You could do that, but I really don’t see the point. If you really want to have gazillions of dollars in 529s, just open them in multiple states and front load them.

Hidden fees are a little bit like high blood pressure. You don't really feel it, and you don't necessarily see it, but it'll eventually kill you.