I am trying to get some information regarding retirement withdrawal for myself and my parents.  My parents are still working.  They have a 401K and my dad will also have a pension. My wife and I are also saving for retirement in a 401k and a profit sharing plan, although we're a long way from retirement.  I would appreciate it if you could explain how it works in the withdrawal phase of retirement.  For example, I understand they have to withdraw a certain percentage starting at age 70 1/2.   They've been do-it-yourselfers, but perhaps they should now hire a financial planner in the withdrawal phase.  What do you think?

That's a lot of questions in a very short space.  Let's see if we can address them all one at a time.  Retirees have traditionally had a “3-legged stool” including a pension, personal savings (401K), and Social Security.  It sounds like your parents will have all three legs in their retirement. 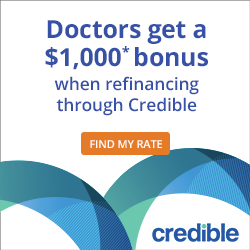 Upon separating from an employer, you can transfer your 401K money into an IRA.  In some states, IRAs have less asset protection than 401Ks, but for most of us our liability goes down quite a bit after we quit working.  As a general rule, an IRA has lower expenses and better investment options than a 401K, although there are certain situations where this might not be true (for example if your 401K has access to TSP funds or DFA funds.)

I've written before about the 4% rule, which is an estimate of how much money a retiree can take out of his portfolio each year and have a decent chance it will last for 30 years or so.  So if your parents have a $500,000 401K, then they can take out $20,000 a year in retirement, increasing that amount each year with inflation.

Many retirees, especially those without a pension, elect to purchase a Single Premium Immediate Annuity (SPIA) in their late 60s or early 70s.  In exchange for a lump sum, a SPIA guarantees an annual payment until death, so you'll never run out of money.  Although somewhat rare, you can also buy inflation-indexed SPIAs.  Although there won't be anything left for heirs, SPIAs combine the “never run out of money” guarantee AND allow for a safe withdrawal rate of greater than 4%, which can be pretty useful, especially in the early years.  Immediateannuities.com tells me that a SPIA bought on a 70 year old male pays at a rate of 7.8%, so if you spent $100,000 on one, it would pay you $649 a month for the rest of your life.  There are many other types of annuities, and one type that is becoming more popular is being called “longevity insurance.”  You basically buy it in your 60s and if you're still alive at 85, it starts paying you at a really good rate because it has had a long time to compound and many of those who buy the policies will be dead before 85.  Wikipedia's example suggests that spending $20,000 at age 60 would pay you $11,000 a year starting at age 85.

Beginning in the year in which you turn 70 1/2, the IRS requires you to start taking required minimum distributions (RMDs) from your tax-deferred accounts such as 401Ks and IRAs.  You're required to take out 3.6% in the year you turn 70 1/2, and that amount goes up each year so that at age 90 you have to take out 8.8% per year.  The penalty for not doing this is huge, so don't mess it up.  Some people prefer taking money out of their tax-deferred accounts before age 70 1/2 in order to reduce the size of their later RMDs, especially to do Roth IRA conversions prior to initiating Social Security payments.

Just because you have to take the money out of your tax-deferred accounts, doesn't mean you have to spend it.  You can still continue to invest it for yourself or your heirs, you just have to do it in a taxable account (or do a Roth conversion.)  Most people, of course, need the income from their RMDs to live on.  You can't take it with you so you might as well spend it!  The IRS RMD chart is remarkably similar to the 4% rule anyway.

I've been accused before of being “anti-advisor.”  I'm very much a do-it-yourself when it comes to my own finances, and I see no reason why someone who can handle their own finances for decades in the accumulation phase needs to suddenly hire help when he shifts into the withdrawal phase.  But I'm not really anti-advisor.  I'm just against paying too much for bad advice.  I don't have a problem with someone paying a reasonable fee for good advice.  This also isn't an “either-or” choice.  Many advisors will work with you to draw up a financial plan, or even work for you on an hourly rate for as much time as you need.  If you wish to hire someone to manage your assets in addition to doing financial planning, that is generally paid for with a fee that is a percentage of assets under management (1% of the portfolio per year tends to be the going rate, although there are many firms who will do it for as little as 0.15% per year).  Flat fee options do exist as well.  Expect fees of $1000-5000 per year for quality asset management.

Plan for when you become incompetent 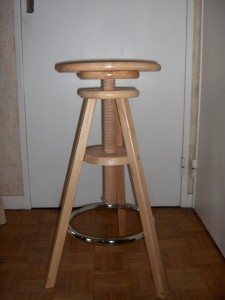 3 Legs Of The Retirement Stool- Social Security, Pension, and Savings

One reason you may wish to hire a financial advisor in your later years involves your own incompetence and mortality.  In many couples, one spouse does all the financial stuff.  If he or she becomes demented or dies, they may burn through a huge chunk of change before well-meaning family or friends step in to help.  Having a second set of eyes watching what's going on can be well worth the fees.

In summary, your parents should plan on living their retirement using the 3 legs of the retirement stool – Social Security, their pension, and their savings, some of which may be annuitized to provide additional income and some of which may be held in reserve for emergencies or to pass on to heirs.  You and your spouse need to realize that Social Security will probably start later for you and pay less than it will for your parents, but is unlikely to disappear completely.  You are also unlikely to have a pension.  You'll need to make up for the losses of these two “legs” by strengthening your savings “leg”, and using it to buy your own pension (i.e. SPIA) at an appropriate age.

What do you think?  How do you plan to manage the withdrawal phase?  Comment below!

Your parents are off to an excellent start. There are a few things that change during retirement and a few that may have been neglected or deferred. For example do they have an estate plan, a will or trust, durable power of attorney, durable power of attorney for health care or living will, long term care insurance, a plan for dealing with incapacity.
There are many good guides to retirement, with or without an advisor. Here is one: http://www.amazon.com/The-Bogleheads-Guide-Retirement-Planning/dp/0470919019/ref=sr_1_2?ie=UTF8&qid=1368194071&sr=8-2&keywords=Bogleheads

Great points. Great book too, but I’m kind of biased.

White Coat is a contributing author of this book for those not in the know.

Great questions but you are missing two key items: how much income from the investments will your parents actually need and what type of investments ( stocks, bonds, funds) do they feel most comfortable investing in. If from a combination of low expenses and good pension your parents dont need to pull anything from their investments then it almost doesn’t matter how they invest. If they do need to pull money from their investments then you need to consider if this money is coming only from interest and dividends or if you will be selling stocks or funds on a regular basis. Both options have their advantages and limitations.

Another factor is how much you can save OUTSIDE tax deferred accounts, as this gives more flexibility in structuring your taxes before the 70 1/2 years rule kicks in. This is because no matter what, any money coming out of the IRA or 401k is taxed as ordinary income. So take $70000 from an IRA and you are bumping up on the 25% tax bracket and paying 15% taxes on capital,gains and dividends you hold in your non tax deferred accounts. But take the exact same $70000 out of your regular savings (not tax deferred) and you may owe zero taxes if most of it is return of principle or you have carry over capital losses to offset any gains. Even so you still may only owe a max of 15% tax rate on any of it over $70000 as cap gains(long term) and dividends are never taxed higher than that…hence the whole reference above to doing Roth conversions hen you can as well as these monies if held long enough are not subject to any more taxes…