This is a guest post from Keith Beverly, MBA, CFA, CFP®, a financial advisor who runs a fee-only firm called New Paradigm Advisory Group in Durham, North Carolina.  We have no financial relationship. 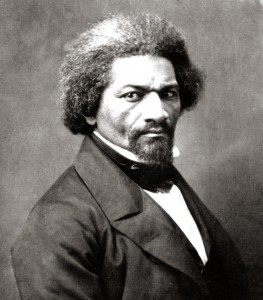 Frederick Douglass was a gifted orator and writer with no formal education.  Though he spoke frequently at respected universities, he never obtained a degree from any of them.  He was an organic intellectual – teaching himself to read and write in his early teens prior to gaining his freedom.  Had Douglass come of age during a different time, he may have gone on to be an elected official or perhaps a professor at a prestigious institution.

Respected Financial Advisor Credentials Can Be Used As An Initial Screen

I think of Frederick Douglass and other organic intellectuals whenever I hear someone comment that credentials are not a prerequisite of a good financial advisor.  I tend to agree with the spirit of the statement.  Surely, there are undiscovered organic intellectuals who could go toe-to-toe with respected professors in the academy.  However, if one were to advise someone in search of an authority in Nuclear Physics, undoubtedly there would be a logical process to generating a list of leading experts in that field.  That process would likely not involve searching for someone without a Ph.D.

Credentials Can Demonstrate Competence and Commitment

We are a society where designations and degrees have become reasonably good proxies for competence and commitment.  One of the main reasons individuals from other professions have little, to no, respect for financial advisors is because the barrier to entry is embarrassingly low.  For example, The White Coat Investor has written this about financial advisors:

“Finance people don’t choose their field for the same reasons as kindergarten teachers, social workers, and nurses.  When they apply to school (if they went to school at all) they most definitely do not put in their essay that they “just really want to help people.”  They are in it for the money, and as a general rule, their training is in sales, not finance.  When they graduate they do not stand and recite their version of the Hippocratic Oath.

Physicians, accountants, and yes, even attorneys, have a duty to their clients that few financial advisers and asset managers even consider.  As professionals, they have a duty to put their client’s needs first.  I’m not saying that attorneys or even doctors always have impeccable ethics.  You know as well as I do that they don’t.  But the ethical bar for financial advisers is so low, most of them wouldn’t trip over it by stealing from their own grandmother.” (emphasis mine)

I insist you find a financial advisor who holds the Certified Financial Planner (CFP®) credential (for financial planning advice) and/or the Chartered Financial Analyst (CFA) designation (for investment advice) because each establishes a baseline for the advisor’s competence and commitment in that respective field.  As an additional screen, I encourage you to seek out advisors/firms that are fee-only and adhere to the fiduciary standard of care.  These criteria at least demonstrate, on paper, that the advisor is reasonably competent, has the right incentives and will put your interests ahead of his/her own.

Of course there are numerous organic intellectuals out there more knowledgeable than CFP® professionals and CFA charterholders who hold neither designation.  But, how can an informed consumer go about finding such a person?  Further, for an industry held in such low regard (see above line about stealing from grandmothers) how else can good advisors begin to set themselves apart without stressing professional standards? 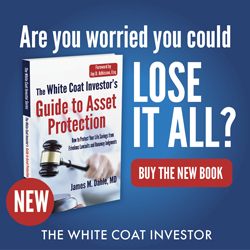 Unlike law, medicine, academia and accounting which all maintain well-defined courses of study and respected credentials, there are numerous financial designations.

Winston Churchill once observed, “Democracy is the worst form of government except all the others that have been tried.”  The same could be said for the CFP® and CFA credentials.  Both have their critics.  Yet, they are the most respected designations for financial planning and investment management, respectively.  They require members to abide by a code of ethics, have several years of related work experience, complete continuing education requirements and demonstrate mastery of a body of knowledge through a comprehensive examination.

For the good advisors out there who, like Douglass, have not traveled the traditional route, I encourage them to reconsider that stance.  There are too many salespeople in the field passing for practitioners.  Knowledgeable advisors need to send the right message to consumers (and critics like The White Coat Investor) by committing the time and energy to obtaining the CFP® and CFA.  They’re the best we’ve got.

[Ed. Note:  Some critics of the CFP advocate for two other relatively high level credentials, the Chartered Financial Consultant (ChFC), generally used by insurance agents who want to move into financial advising and the Certified Public Accountant/Personal Financial Specialist (CPA/PFS), generally used by accountants who want to do more personal financial advising than a traditional accountant would.  There are dozens of other credentials out there used by advisors that represent little to no knowledge of or commitment to the financial advisory profession.]

Here is a link to an article that was written a few years ago called “Sweating the CFP”. It’s definitely worth the read and provides some interesting statistics on those who take the exam.

You get what you pay for. I think an advisor can definitely help you but if you want to do it on your own and research for yourself, I think the results will be very comparable.

Even the intelligent investor is going to need considerable willpower to keep from following the crowd.