Regular readers know I'm a huge Vanguard fan boy.  No organization is perfect, but Vanguard stands alone as a mutually owned mutual fund company that essentially operates at cost for the benefit of the shareholders.  They've come up with a new way of taking this message to the masses recently with their “At-Cost Cafe'.”

Vanguard states their average mutual fund expense ratio is 0.19% a year (pick the right funds and yours can easily be half that.)  The average mutual fund expense ratio across the industry is 1.11% (which is probably far lower than it would be without Vanguard in the industry keeping the rest of them honest.)  I thought this might be a good opportunity to talk about how costs matter in investing.

The Lower The ER, The Higher The Return

There have been many studies that have tried to figure out how to choose mutual funds that are likely to outperform their peers in the future.  The most persistent finding in these studies is that the single best predictive factor is a low expense ratio.  Asebedo and Grable found that: 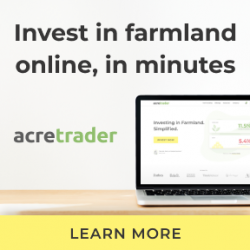 “Below average expense ratios led to top 30% results.  This finding has significant implications for investors and financial planners. Funds that outperformed in the sample were consistently those with lower than average expense ratios. This persistence in returns held true during the stock market pre-bubble stage (1995 through 1998), the irrational exuberance stage (1999 through 2000, the cyclical bear market stage (2000 through 2002), and the significant market upturn of 2003. The finding related to expense ratios supports the conclusion of Dellva and Olson (1998) who stated, “Funds with superior performance, on average, also have lower expense ratios” (p. 100). Although past performance is no guarantee of future returns, it is reasonable to assume that this trend may continue into the future (Carpenter & Lynch, 1999)….Until further research is conducted on this topic, investors should remember the advice of Phelps and Detzel(1997) who declared “it does not appear that there is a reliable strategy for selecting funds expected to have superior future performance, other than to avoid funds with high expense ratios.”

It's easy to avoid funds with high expense ratios when shopping at Vanguard.  They don't offer any.  Keeping costs low is one of the key principles of investing success.  Vanguard can help you do that.

What do you think?  Do you invest using Vanguard mutual funds and ETFs?  Why or why not?

Interestingly, the TSP expense ratio is reported as 0.027% making it one of the best options out there if you have access to it.

Another great article. When we found out we were expecting our first child, I went into a nesting phase where I decided to get serious about investment and retirement. I’m glad I ran across the bogleheads forum. The first book I read was Bogle’s common sense on mutual funds. I wish I had read that book while in residency or even in med school. Mr. Bogle, we salute you.

I don’t use vanguard for anything, but I respect greatly what they’ve done for the industry as a whole.

Unfortunately with my 401k/403b’s i only have choices of overpriced index funds or even more overpriced active management.

With my Roth IRA, I’ve found some great ETF’s with passive indexes and super low expense ratios that met my needs a bit better through iShares and State Street (SPDRs)

Thanks for the article on Vanguard. I had literally just logged off my Vanguard account when I came to your site, so in this case you’re preaching to the choir. I feel fortunate that it only took me a couple years using a relatively small amount of money to realize that I couldn’t beat the market picking stocks. I also realized that investing was creating a fair amount of anxiety as I found myself tracking stocks on a daily basis. I opened up a taxable account with Vanguard earlier this year and started making monthly automatic contributions to low cost index funds. My dividends are reinvested and my account is growing in step with the market. Our 529 uses Vanguard funds and I think I’ll use Vanguard to open up a SEP IRA this year as well.

The only problem I have with Vanguard is that their website seems to lack many features found at other places, such as Fidelity. Why does their website lag?

I haven’t had issues with lag, but I’ve heard lots of people compare the quality of the site, some of the features of their brokerage, and their customer service unfavorably with Fidelity, Schwab, and others.

My focus on ER’s began about 10 years ago when I realized what drag nearly 1% was having. Over time, and using Vanguard, I have worked that down to 0.05% without any sacrifice in investment direction, asset allocation or additional costs elsewhere such as taxes. The compounding effect is astounding: I now have an extra middle 5 figure dollars available to invest each and every year.

I agree with you that people who pay attention to investment costs will always be ahead of their less attentive peers.

That’s a great question and I don’t know the answer. I’d check with Bridgeway, Fidelity, and T. Rowe Price next though. Frankly, any brokerage account is fine since you could then buy Vanguard ETFs on the brokerage.

That’s surprising. I’m Canadian on H-1B in the States and had no issues opening accounts with Vanguard. They never checked on my passport, work visa, or anything. I’ve heard better things about TD Ameritrade or Fidelity, so perhaps try them.

Last time I spoke to Vanguard (about 1 month ago), they mentioned it was a “new” policy. only accept H-1B IF they already have an account open with them in the past.
I will look into the other options you mentioned. thanks.

Ah, okay. Good to know. I opened my account a few years ago. I’ve heard of people having issues with Vanguard who are US citizens, but expats, and that Fidelity was better for them at the time, so it doesn’t surprise me that you had trouble with Vanguard. Schwab also has some reasonably low-fee index funds and ETFs as well and I know people who are happy with them. I hope you can get something else to work!

People benchmark their spending by looking over their shoulders. When your peers are living beyond their means (as yours almost certainly are), this creates a dangerous feedback loop.