This is another one in my series of Back to Basics posts.  I find many physicians, dentists, and trainees have never been taught many of the basics of investing and financial planning, so posts like this are designed to fill in the gaps.  If you already know everything about 529 accounts, move right along to another post.  I’m sure there will be a more intellectual post later this week. 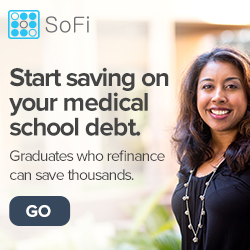 A 529 plan is a state-sponsored way to help you save for your kid’s college.  Basically, you put after-tax money into it, then it grows tax-free, and if spent on legitimate college (or med school) [or high school as of 2018-ed] expenses, it comes out of the account tax-free.  You can put up to $13K a year in there [Update: The limit is $15,000 for 2018 – Ed].  Each state has their own plan (or two), and some are better than others.  Sometimes you also get a break on your state income taxes if you use the one in your state.  The expenses of the plans, like 401Ks, vary quite a bit, and change often.  You can move money from one 529 to another fairly easily, much like transferring an IRA from one custodian to another.

The 529, unlike an UGMA, isn’t your kid’s money.  It’s yours.  So you can take it out and spend it on a boat if you like (but you’ll have to pay a 10% penalty, plus your regular income taxes on the earnings.) You can also roll it over from your daughter’s 529 to your son’s 529 to your grandson’s 529 without any penalties, which gives you a lot of options when Junior decides to smoke dope and play disc golf professionally instead of going to Yale like you planned when he was three. Be aware that the “generation-skipping tax” only applies if the new beneficiary is two or more generations away from the old beneficiary and only applies if the transfer exceeds the gift tax exemption amount.

If your state doesn’t have any income tax, or if it doesn’t give a break for 529 contributions, or if its expenses are ridiculously high, you may want to look into the best 529s out there. Since the plans change often, so does this list, but I would consider looking into the plans from perennial front-runners Utah, Nevada, and New York.  Compare investment options, plan expenses, and expense ratios of the various funds.  Some states offer a pre-paid tuition type plan.  Basically, you pay tuition at today’s price and the state takes the risk of tuition inflation.  Given the past rate of inflation, that might be a pretty good investment, but be aware that the deal may be different for in-state schools versus out-of-state schools, unlike the more standard “defined contribution” 529s.

529 plans do count against a kid if he’s trying to get financial aid.  Thanks to a 2009 law, a 529 in either your name or your child’s name has an expected family contribution of 5.64%. (Consider having the grandparent own the account if this is an issue, but honestly, most readers aren’t going to qualify for any sort of financial aid anyway.)

An Educational Savings Account/Coverdell/Education IRA works just fine for those who don’t make much.  In fact, you can use it for high school expenses as well as college [Update: You can do this with 529s as of 2018]  and it can offer lower expenses and more investment choices than a 529.  You don’t get a state tax break, but the working class doesn’t pay all that much in income taxes anyway.  The problem with an ESA is that you can only put $2K a year into it.  That just isn’t enough to pay cash at Harvard.  This isn’t an issue for the working class.  It’s hard enough to put $2K into that account for each of their kids.  But for a high-earner, it’s nice to have the higher contribution limit ($13K/year) of the 529. [$15k/year 2018 – Ed]

The working class pays for college by working their way through it and taking loans.   They’re doing well to put away $15K for retirement, much less for their kid’s college.  They simply don’t have a need for a 529 plan. As a general rule, only high-earners have a little extra to put away for the next generation.

Should the High Earner Overcontribute to a 529?

Now, for the advanced reader, a discussion of whether you should purposely overcontribute to a 529.  Let’s say you’ve maxed out your IRAs, 401Ks etc.  You’ve got more money to save, but are already saving plenty for college.  Should you put even more into 529s planning to take it out later and spend it during retirement?  Let’s analyze how you’ll end up.  First, some assumptions.  Let’s assume you get a 5% tax break on your contributions, that your investments earn 8%/year, and that you pull the money out 30 years after you put it in.  Let’s further assume that your state DOESN’T recapture the state tax breaks you got years earlier when you contributed it.  (Some do recapture these.)  We’ll also assume you invest in a relatively tax-efficient investment such as a stock index fund, and that the 529 expenses are 0.3% higher than they would be in a taxable account and that your total marginal tax rate when you withdraw the money is 30% and your total capital gains tax rate is 15%.  Let’s compare investing in the 529 with a taxable account.

Now, you might have to pay a little more in taxes in the taxable account if you churn your account, but you also might have opportunities for tax loss harvesting, charitable donations etc to reduce your tax burden.  (See my article on Taxable Accounts for more details.)  It’s pretty clear that investing in a 529 for reasons other than education isn’t very bright.  If you do mistakenly over-contribute, you can always roll it over to another family member’s 529, but you certainly shouldn’t be trying to game the system by purposely over-contributing for your retirement. Over contributing in order to start a college fund for a grandkid is another matter, of course, as is over contributing in order to roll it into an ABLE account for your disabled child. 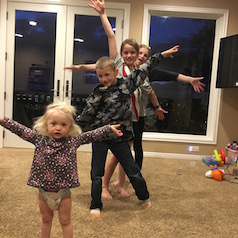 In summary, a 529 is a great way to save money on your taxes and help Junior avoid the loan burden you probably had to deal with.  As tuition continues to skyrocket, even state school undergraduate degrees may soon be out of reach of those who can’t pay at least part of the bill using savings.