My dinners at home were filled with stories of a country thousands of miles away in Central America. My father effortlessly recollected snippets from his childhood: he raised chickens on a farm, grew coffee with his grandfather, and had adventures in his backyard that would even make Peter Pan in Neverland a little jealous. See, even though he had already spent 32 years in the United States, I felt like I had already toured every place he described. After all, I could not remember a single day of my life where I could not see his farm in Nicaragua through the longing reflection in his eyes. 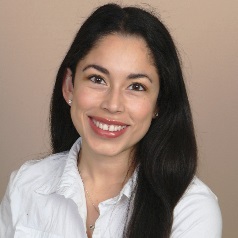 My mother is his parallel—although a little quieter, but just as expressive in her own right. Standing at a mean 4 feet, 9 inches tall, we call her “La Osita” because she is a fluffy force to be reckoned with. She always dreamed of opening her own restaurant—a cultural mix of Nicaraguan food with Latin American highlights.

My mother never achieved her restaurant, and my father never became an agricultural engineer. Instead, she worked at different fast-food chains, and he worked for the USPS. I personally loved it. My mom would buy and bring us Happy Meal toys when she worked at McDonald's; I still have the Avatar the Last Airbender fan. My dad once even brought me the Harry Potter collection of Forever stamps, which I later framed. Besides these treasures, the greatest gift they brought was advice.

“I asked this retired cardiologist on my route what you need for medical school. He says you need something called the MCAT,” my dad would share as he passed the tortillas and queso fresco.

To not depend on anyone, especially not a man. That one sentence was the culmination of my financial knowledge: my only goal.

Growing up, I always had a roof over my head, food in the fridge, heating in the house. It was not until college that I realized the miracles my parents had worked financially to make sure we had everything we needed. I remember coming home one weekend during the third quarter of my freshman year from university. It was during the recession when the housing market was declining, and many people in my neighborhood were losing their homes. My father asked to speak to me privately in his room.

He sat me down on the edge of the bed and began to beg for forgiveness. Tears started streaming down his face as he explained we were about to lose the house. He asked me to forgive him for struggling with his duties as a father. And I sat there, and I really looked at him. He had lost weight, had bags under his eyes. He had told me he was “dieting.” I just hadn't realized the diet he was referring to was a delectable mix of lack of appetite and nights tossing and turning, worrying about how he was going to pay the bills.

I realized as a child they had given me the greatest gift they thought possible: they had shielded me from financial worry so I could focus on my education. No sentence rang truer in my household than, “La educación es poder y nadie te lo puede quitar. Education is power, and no one can take it away from you.”

I decided to work an extra 2-3 jobs at a time during college: I was a barista at my school's cafeteria and learned to make a mean latte. In between classes, I worked as an Organic Chemistry lab assistant and, on weekends, served as a visitor's guide at the local museum. I used what I earned to cover my own expenses and groceries back home.

All I could think of was how selfish I was for staying in school, to have the audacity and to dare pursue an education while I should be working full time. But in the true unconditional love of a mother and father, they said they would rather be homeless than see their daughter not graduate from college.

We were blessed that my mom was finally able to land a job with the school district she works for now. Our prayers were answered because that pay raise meant my family was going to make it through the recession and that I could graduate from college.

In 2016, I did, in fact, become a first-generation college graduate. However, now I face a new challenge. While I ascend in my career, my parents still live paycheck to paycheck and worry about how they will make their monthly credit card payments. My dad became ill, so I legally became his financial power of attorney. Part of my routine now, in between studying, is to call him at least once a day and assure him there is enough money in his checking account.

My job is to sound calm as I speak, but after I get off the phone, the reality is I am often paralyzed in fear. I run to my laptop and crunch numbers on my Excel sheet, planning months into the future. Did I set aside “abc” from his Social Security check to pay the housing taxes in November? Did I account for “xyz” from his pension check to go toward the car insurance in May?

I wish they had learned proper investment strategies so they could see money as a tool and not a source of anxiety. Most of all, I wish I could be the pillar they see me as; to do more than just keep them steady like I am now but to lift them up to a place of financial freedom.

However, the medical school education system is often not kind to medical students from a low-income background. Without the help of food stamps and Medicaid, I do not know if I would have enough money to pay all my bills on my student budget.

With that said, I am beyond privileged and grateful to live out my dreams at one of the most amazing medical schools in the country. I have this privilege in a way my parents did not. Like I said, my dad was forced to leave his farm and never became an agricultural engineer. My mom never got the restaurant. Yet, they instilled within me a sense of tenacity; diligence; happiness; selfless caring; and, above all, self-worth. It is because of them and my sister that I attribute every success thus far, including being a second-year medical student. While I am willing to outwork even myself, I could just use a little help; my own little pillar to brace against for a breather.

I always joke around, “Hey Mom, Dad, I know you are worried about money right now, but I’m just eight years away from my big girl job as a surgeon.” My dad just facepalms his forehead, and my mom rolls her eyes. I promise them, and I promise you: I am a worthwhile, albeit very long-term, investment.

All decisions you make should help move you from being a laborer to being a capitalist.