As many readers know, the military paid for my medical school training through its HPSP scholarship.  I once ran the numbers to find out what a great deal I was getting, and quickly discovered that I was getting a pretty raw deal, at least financially speaking.  The reasons why were the fact that I was in a reasonably high-paying specialty, I graduated from medical school at a time that student loans could be consolidated at below 2%, and medical school tuition was much cheaper than it is now (particularly at the state school I attended.)  I figured I had come out at least a couple of hundred thousand dollars behind.

Does Joining the Military to Pay for Medical School Make It Worth It? 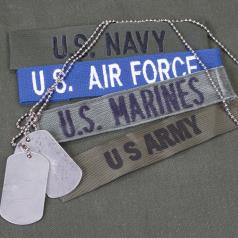 Medical School is really expensive, even the cheapest medical schools are expensive. Having learned recently that tuition at my medical school has gone up 150% since my graduation, and that students cannot get loans below 6.8% these days, I was curious how that would change the equation.  So I decided to run the numbers again.  As with any equation, garbage in equals garbage out, so the inputs and assumptions are key.  Here are the inputs I used:

[Update 2017: Many changes have taken place in the last few years that affect these numbers. The difference between military pay and civilian pay has increased significantly, at least in emergency medicine. However, the cost of tuition has also climbed dramatically, offsetting that. If you are staring at so much medical school debt after residency that you cannot have it paid off in 5 years living like a military doctor and directing all additional after-tax cash flow toward the loans, you'll be better off, at least financially, in the military.]

Joining the Military for Medical School Is Not a Financial Decision

Of course, I would never recommend someone join the military for the financial benefits.  The unique hassles of the military such as going through the military match, dealing with military bureaucracy and hospital rank structure, not having control over where you live, and the frequent deployments cannot be compensated for with money.  Only a true desire to serve your country and those who put their lives on the line for you and your loved ones each day can compensate you for that.  There are also a few people who want to do something in medicine that you can only do in the military-flight medicine, dive medicine, working with the special forces, being the President's doctor etc. In the end, this decision should be made based on the prospective medical student's desire to be in the military and not the financial ramifications.

For a realistic view of the HPSP scholarship, some alternatives to it, and life as a military physician, visit this forum.