The loud banging on the passenger window of my car woke me up. Was I startled? Not entirely. Truthfully, this had occurred three times over the past month, and I was beginning to find solace and even a bit of humor in the ritualistic pattern of being awakened by a police officer or city worker at 7 in the morning. 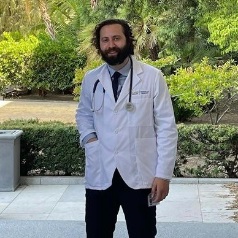 “You have to move your car!” the man shouted. His uniform seemed wrinkled, not unlike the long-sleeve shirt I had been wearing for the past 48 hours. “Maybe we aren’t so different,” I thought. Reality crept back in as I quickly realized that this man was probably not living in a two-door 1996 Acura Integra.

I felt a sense of pride in owning that car. I bought it myself when I had just turned 16. I was tired of missing bus after bus for the first two years of high school, and frankly, I could no longer tolerate being reprimanded by my geometry teacher for my failing grade. Determined to get to class on time, I started a video-game console modification business, advertised on craigslist.

The concept was simple: customers would bring their consoles to my dingy, childhood apartment. I would proceed to disappear to my bedroom as they waited outside and, after 20 minutes, return with a magically-upgraded console and a stack of CD-ROMs burned with hundreds of games. It wasn’t legal, but then again, neither is sleeping in your car in Los Angeles.

I recalled those memories with a sense of fondness, but it only lasted for a split second, as I was forced to act quickly and mobilize my current residence to a more welcoming street.

I was supposed to be receiving financial aid from the local community college as a freshman but was denied because my father falsely claimed me as a dependent on his taxes the same year he decided to go back to his homeland of Syria.

I wasn’t entirely upset with him, if I’m being honest. He worked a series of odd jobs throughout the course of my childhood, including an extended stint as an ice cream truck driver, so he wasn’t exactly flush with cash. I was more perplexed that I couldn’t receive funding for living expenses and tuition due to the fact that my father apparently made just enough money handing out SpongeBob popsicles from a truck he did not own.

Nevertheless, I found myself homeless while attempting to juggle four classes and a full-time job as a waiter, while simultaneously finding periods in between to shower at the gym and wash my clothes at a laundromat that was open at sporadic and unpredictable hours.

It was my predicament to own, so I decided to shoulder it to the fullest extent. At the time, I was all too familiar with the notion of disallowing a dire circumstance to become interchangeable and synonymous with one’s identity. In my own twisted way, I was determined to embrace the opposite approach of ensuring that my struggles would become an inseparable part of my existence. Radical acceptance was my secret weapon, and I ensured that it would become the foundation of my ability to overcome failure.

When I wasn’t sleeping in my automobile, I was found cleaning toilets in a Corner Bakery Café, hanging out in the stacks of the Santa Monica Public Library, or conversing with a community of unhoused individuals, many of whom suffered from illnesses that I could not begin to comprehend. It wasn’t until I encountered a health issue myself that I began to understand the nature of what it means to be poor and uninsured.

Eventually, I managed to transfer to UC Berkeley, and after graduation, I volunteered at a Syrian refugee camp in Jordan. While I thought I had endured difficulties, I couldn’t help but feel shame in the fact that I had opportunities that were not afforded to the average person I was meeting. There, countless refugees experienced a medical and health struggle that I could not even begin to fathom from my time in the US. This shaped me in more ways than I could imagine, and as a first-generation Syrian American, I felt that it was my duty to uplift individuals in a meaningful and tangible way.

As a result of my experience abroad, I pursued and completed a pre-medical post-baccalaureate, eventually gaining acceptance to UC Davis School of Medicine. As a second-year medical student, I serve in a co-director role at Shifa Community Clinic, where I help provide accessible healthcare to the uninsured and underserved individuals from predominantly Middle Eastern and South Asian backgrounds.

Given the shortage of primary care physicians in Sacramento and the San Joaquin Valley, I am committed to the pursuit of primary mental care and to serve some of the most vulnerable populations in northern California. I hope that through my cumulative experiences, I can be a resource for not only my future patients but a source of inspiration for the next generation of young individuals who may feel overwhelmed by self-doubt and insecurities regarding their academic abilities.

I hope that my story serves as a testament to the value of grit, determination, and a “never-give-up” mentality. If I could offer future medical students from disadvantaged backgrounds one piece of advice, it would be this: There is a light at the end of the tunnel, and I promise that the path forward does get easier. Make sure to keep your head up, and don’t forget to remember that you are doing your best and that you are good enough just the way you are.