I attended the Street Medicine Symposium as a second-year medical student, eager to gain a better understanding of how I could one day provide care to our patients experiencing homelessness. I recall learning about the tenets of Street Medicine—a promise to practice radical humility and a vow to meet our patients where they are, both physically and emotionally. Images of brave providers, squeezing into potholes under sidewalks, were inspiring to me, and I sought to provide this level of compassionate care to the patients I encountered on rotations. 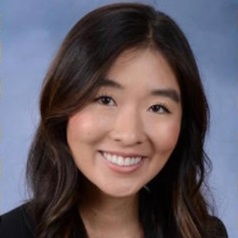 My naive optimism was put to the test during my most recent rotation of fourth year when I cared for Jane. She came to our ED in a frenzy—shrieking, sobbing, and bargaining for food as we tried our best to perform our initial history and physical. A quick chart review was enough to make my stomach sink—a survivor of sexual trafficking, chronic homelessness since childhood, and untreated HIV/AIDS with every opportunistic infection in the book. Her first admission dated back to when she was a teen, coming to the ED with postpartum endometritis after giving birth to a child, unknowing of her HIV diagnosis. Her story was sickening and often left me feeling existential, uncomfortable by the reality that such horrors existed. She had fallen through the cracks of our systems and seemed now to be immune to the attempts we made to care for her with note after note describing her history of noncompliance, aggressive behavior, and AMAs.

For as frail and sick, young and child-like, as she appeared, weighing no more than 70 pounds, her vitriol was explosive with anger. Violent curse words rattled the thin walls of her room, stunning me into silence on more than one occasion. It was exhausting to feel like the punching bag for her anger, and yet I found solace in the promise of radical humility. I sought to the best of my ability—despite the comfort and luxury of my own privileged upbringing—to engage in her suffering, to make room for it and understand it. The world had been horrible to her, handing her a life filled with unimaginable suffering. Without the tools and emotional maturity to understand our good intentions, why wouldn’t she want to give the middle finger right back?

There was no up-to-date article or PocketMedicine chapter that gave directions for how to establish trust and rapport with Jane, so I relied on what I understood of her thus far. She liked to eat. I began timing my pre-rounding with breakfast, her favorite meal, learning how she dunked both sides of her waffle in maple syrup and sneaking in a small packet of sugar to go with her cornflakes. My usual slew of pre-rounding questions was instead replaced with the time I spent cutting each quadrant of her waffle, gently probing further into who she was besides her medical problems. I felt the way she closed up when we came too close to the trauma that had not yet healed, screaming at even the mention of her HIV, and the way she seemed at ease, relaxing her tense shoulders, at the mention of her late father. Slowly, she began to trust me, inviting me to watch a few clips of her favorite anime while I helped feed her dinner. While I wished I could filter and remove her trauma as easily as we dialyze toxins from our patients, I felt that these simple moments were meaningful, building the foundation for allyship that would eventually allow her to trust our system.

For the times I felt defeated, fearful of being rejected yet again, I drew from the strength of a nurse who had cared for Jane on numerous occasions. Our heartbreak was mutual as we performed the excruciating dressing changes for Jane’s HSV. Despite the exhaustion that came with performing such work, this nurse brought tenacity and energy to our team, rattling off suggestions to add to Jane's care plan. Her conviction that patients like Jane can get better filled the gaps of what lacked in her knowledge and challenged us to search for solutions amidst an incurable problem list.

Under the sage and experienced leadership of my attending, we developed the best plan we could—a long course of IV antibiotics and a push for placement in a long-term care facility. As we waited patiently for placement, I bounced between feelings of excitement and hopelessness. My imagination soared, envisioning a path where Jane could receive treatment for her HIV and find housing where she would be safe and warm. And yet, the realities of our broken systems, her disease burden, and the psychological and physical damages of her past were limiting, making the fall back to reality even more devastating. While I held onto the nurse’s conviction that she could get better, I was also reminded of the sage advice of my mentor. She told me that in her decades as a family medicine physician, she had healed more patients than modern medicine allowed her to cure. I understood this sentiment more than ever and found solace in the in-between. We would embrace and ease her suffering when we could, recognizing the limitations of medicine for cure but the infinity of healing.

On my last day with Jane, she asked me to sort through her pile of donated clothes. As I rummaged through her belongings, I found a small pearl bracelet and asked if she would like me to put it on for her. She shook her head, stating that she had found it while scavenging for food along the train tracks. I was stunned, yet again, by how nonchalantly she described the ways she survived on the streets. After helping her pick an outfit for the day, I said my goodbyes, recognizing her sadness shielded by the sarcasm in her tone as she held my hand and scoffed, “You were my favorite med student. Congrats, I guess.”

Recognizing that I was likely yet another face to come and go for her, I thanked her and reminded the both of us of the improvements she had made and the hopes that came with long-term placement. As I reflect on my time with Jane, I am grateful for the opportunities she gave me to learn. More than the nitty-gritty of IRIS or HIV, I walk away knowing now how to see, ease, and make room for our patient’s suffering, while also finding strength in our search for good things amid terrible situations—to find pearls in the train tracks.

People say that money is not the key to happiness, but I always figured if you have enough money, you can have a key made.