She was only 16 years old when she found herself suddenly homeless. How did it come to this? Her back was against the wall—both literally and figuratively—as she sat inside her school at a loss for what to do. A few months prior, my mom had resolved to stay in Glen Rose, Texas to finish up high school while my grandmother moved on to her next job in another state. Since then, my mom had been living on her own in a trailer, but now the landowner had locked her out. All her possessions, the few she had managed to preserve during the numerous moves of her childhood, were beyond her reach. Where would she stay? She had no family nearby, no one she could call. But a friend listened to her plight and readily offered a solution.

“You can stay with me and my dad.” 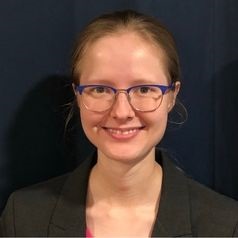 But there was a complication, at least from my mom’s point of view. Would her friend’s father be ready to show such kindness to a stranger he had never met before? Where would she go if he turned her away?

But she never had to answer this question, because she was welcomed with open arms. Day by day she discovered that she had not only gained a home with a room of her own and a place at the table, but also a new family. Her friend’s father became a dad to her, and her friend became the sister that she had never had. This was not the fragmented family she was born into, with ties that seemed so strained and tenuous. These people had become her family—not through the claim of shared DNA, but by the power of a choice that forged a bond of love that remained strong through the test of time.

With the stability and support of this newfound family, my mom graduated valedictorian of her class. As she started college, her adopted dad would be there to move both his daughters into the dorms. Although my mom no longer lived under his roof, she found herself a permanent part of the family. His house was still the home where she would return to visit on the weekends. He conveyed that he cared in a million different ways, always showing up when it mattered most.

When she graduated from college, he was there to cheer her on. On her wedding day, he was there to walk her down the aisle and give her away when her biological father could not make the trip. When she was giving birth to me, her first child, he was there patiently waiting, even when I took nearly 24 hours to arrive. When mom lived in another state in a little house bursting at the seams with three kids, he still made the long trek to come and visit. When she went back to graduate school while homeschooling all her children, he was there to watch us each Tuesday and Thursday so she could attend her classes. During finals week, my mom knew she could always count on him to cook her favorite breakfast and send her home with a bag of homemade chocolate chip cookies. When she graduated with her MBA, he was there once more to remind her how proud he was.

Grandpa chose to be there for me and my brothers, just as he was there for my mom. I can count on one hand the number of times I have seen my mom’s biological dad, but his absence was more than compensated by Grandpa’s presence. During those years when Grandpa watched us, he would always have piping hot pancakes, French toast, or bagels ready for us to devour when we arrived. My brothers and I felt like the luckiest kids alive to have a grandpa who was always ready to go on adventures with us, hiking up mountains, feeding wild animals at Fossil Rim, and topping it all off with some ice cream.

Grandpa’s house was a place of wonder and fun with guineas to chase, wild cats to pet, and a closet full of toys to enjoy when we came in to escape the heat. As my mom’s classes came to an end, I still saw plenty of my grandpa. When I competed in speech and debate, he was always there, even at the age of 12 when I spoke in a painful monotone and had nothing of substance to say. He believed in me when I had not found the courage to believe in myself. Even when things had gone quite badly, his positivity lifted my spirits. When I graduated from high school, he was there to celebrate the milestone. When I graduated from college, he was there, enduring the hard unforgiving bleachers for two hours just to hear my name called. This summer when I had my white coat ceremony for medical school, he was there once more, cheering me on just as he always has.

My grandpa taught me what it means to be ready to open our hearts and homes to those in need. His choice to be family not only meant the world to my mom, but he also altered the very trajectory of her life and, consequently, the lives of my siblings and me. Having received this gift, I want to give it to others as well. My dream is to adopt children and serve refugees as a physician because I know the importance of having a home and a family. The choice to call someone family is a simple one, yet it has remarkable power to transform the lives of many.