When I was 16, I was confused, to put it nicely. I was a hormonal teenager; my face was filled with deep, cystic acne; and my soul was filled with angst towards the world. I was covered in skin that didn’t feel like my own, and I was a little too worried about the couple extra pounds I held around my waist. I thought that feeling sad, anxious, and self-conscious was just part of this “rite of passage” of being a teenager. That was, until the sad days outnumbered the happy ones, and negative thoughts consumed more of my brain than positive ones. And it seemed like it happened in a blink of an eye that I went from a carefree kid to a depressed, starving, and self-destructive individual that felt like she was walking around in constant darkness. Eventually, even when I stared into the sun, it wouldn’t be there. 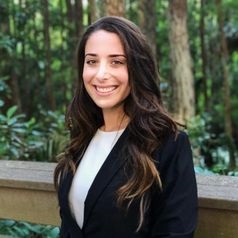 I remember one particularly dark day. Tears rolled down my face as I sat in my room. My dog licked the tears off my cheeks, acutely aware that something was very wrong. That was the day I contemplated my life. What it would look like to take it.

A few months after attempting [suicide], I got a call saying I needed to drive with my dad to Shand’s Medical Hospital in Gainesville, Florida. My sister was getting medically induced into a coma due to septic shock, complications from what was thought to be a bad combination of the flu and a urinary tract infection.

Bacteria grew rampant in her bloodstream. She was given a 1% chance of survival, her body attached to a ventilator keeping her alive. I remember sitting in the hospital room in full PPE being scared, alone, so confused, and, more than anything, feeling guilty. Feeling guilty that just a few months earlier I attempted to take my own life, and now here was my perfect, older sister fighting for hers.

I wished more than anything that I could give her my life. I felt that she deserved it more than I did. It was at that moment I looked up and saw this ball of pure joy come bouncing down the hallway. His tail was wagging, his tongue was out, and he had his head held high, as any proud golden-retriever service dog would in their time of duty. I remember bursting into tears as the service dogs finally reached us in their rounds along the ICU because it was the first time I felt hope since entering the hospital.

A few years later in my undergraduate career, I frequently questioned why so much pain and suffering existed in the world. I developed a personal obligation to protect the animals that once protected me, and I became a published author in original animal conservation research. Soon after, I graduated as the ‘Top Honor Graduate’—the student with the highest GPA in my university of over 60,000 students.

Now, I am a third-year veterinary student and honestly, I still don’t know why sometimes bad things happen to good people. But if I realized anything from my story, it's that we human beings can learn a lot from our four-legged friends. We can learn to find joy in the simple things: a lazy day on the couch, a delicious treat, the noise of a loved one coming through the door. We can learn to give love freely, play outside daily, and sometimes just be an open ear to people who need it. If nothing more, I hope my story allows you to reflect on the four-legged creature in your life.

And to the dogs that kissed my tears away, that gave me hugs when I just needed to know that love still existed in the world, to the dogs that made it seem like the best part of their day was when I walked through the door after school, to the dogs that made me feel like my life mattered; I say thank you. Thank you for leading me into this profession. Thank you for changing the trajectory of my life and for allowing me to practice a career where I will give an oath to do my very best to repay you for saving my life.

In the journey to that oath, there are plenty of sleepless nights and exhausting days that make me almost forget why I’m doing this in the first place. Because sometimes taking 10 courses per semester, working four different jobs, holding multiple leadership positions on campus, and organizing independent research projects makes me feel burnt out. I’m only human, after all.

Often, I look at the career I am about to enter, one where suicide rates are higher than any other medical profession. Where it’s common culture to be overworked, underpaid, sleep-deprived, compassion-fatigued, and bitten and scratched by your very own patients, and sometimes I question what I’m really doing this for. And then I remember, I’m doing it for my 16-year-old self that let her dog lick the tears from running down her face so she didn’t end her own life. I’m doing it for the girl in the critical care unit that felt hope for the first time because of a dogs’ embrace. I’m doing it for every human being on the planet that relies on their pet for their sanity, love, compassion, and joy.

As I begin to enter this very difficult career of veterinary medicine, I realize it’s for a bigger purpose. Because while I might be in the business of healing animals, I know I’m also saving some of their humans, too.