Frugality has run in the family for five generations. My grandfather’s grandfather, a sharecropping rice farmer, used to volunteer to clean out the trash bins for the French soldiers to save every last grain of rice for his next meal. My grandfather did the same when the Japanese took over in 1940 and my father with the Americans before the Fall of Saigon in 1975. 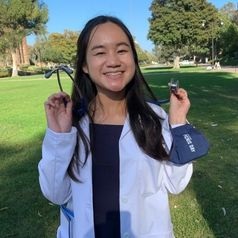 And thus, I was raised to scrape every last grain of rice out of my bowl, never to waste, always to save, and never to spend more than my means.

Unlike that of my parents, my childhood was a good one. My parents moved to the United States and worked to make sure I would never have to scavenge through the waste of any foreign military. Compared to other Vietnamese refugees, we were relatively well-off. My mom, whose penny-pinching gene was induced upon her after the Communists took over her childhood home, worked extra shifts at Save Mart and brought home discount luxury items such as fancy boudin sandwiches and brand-name dish soap. My dad, who was forced into getting his MBA by my grandfather, opened his own business when I was 10 and is the only member of my extended family with so much as a drop of financial literacy.

Both my parents taught me the importance of bringing my own lunch instead of buying (I distinctly remember, in pre-school, when I was the only one who brought a Wonder Bread ham-and-cheese sandwich while my counterparts bought the $15 meal deal) and the importance of deposits over withdrawals.

It was my father, however, who instilled in me my terrifying fear of debt and the only smidge of financial sense I have. My dad, who lost his everything in the Fall of Saigon and his house twice after, has taught my sister and me the “sixth sense” for investments and the necessity of large rainy-day funds. That’s the thing about losing everything three times—we keep our money safe in order to keep our family safe. My sister’s first business was when she was 10 years old, where she made paper ninja stars and recruited her friends to advertise and sell. I, a late bloomer, did not start my tutoring business until I was 15, but we both managed to pay for our eighth-grade trip by selling pounds of See’s candy and for our undergraduate tuition by writing two dozen scholarship essays while living at home instead of the dorms.

From ages 8 to 16, our family bonding time was licking envelopes to send to couples who newly moved into the neighborhood to advertise my father’s business. Even now during my gap year, my dad is testing me on the definitions of “Roth IRA” and “index funds” to help me build the rainy-day fund that I built a decade ago. But unlike my dad’s other immigrant friends, whose “0 to 100” story can be clearly seen in their Teslas and caviar dinners, our funds are not to show off. It's to keep our family safe. We have a funny relationship with money, in that our overwhelming fear of losing it always hangs over our heads. When the hurricane in Guam or the Oakland Fires devoured my dad’s house or when the Communists took over my mom’s home (and her father shortly after that), we have learned to live simply, thank God liberally, and save passionately.

And this frugality only ripens with old age. Over the past five years, I have been the primary caretaker for my grandfather, whose body is almost as frail as his post-hurricane house. His thriftiness, however, is what keeps him rejuvenated, as his little daily habits to save money keep him active. He uses his old Ensure bottles to save and store water, and he instructs me to use the water I wash dishes with to wash his feet. He refuses to pay for a stranger to come into our house for any sort of labor, so he sits on his wheelchair for hours to instruct me how to fix our broken sink or to tell me where to lay the rat traps in our attic. The Salonpas I put on his feet every night are cut in half, the butter I use to make his daily sunnyside was saved from our last restaurant outing, and our plastic chairs are duct-taped every month to help keep its stature. Saturdays are my favorite, as it is the day we do our Olympic-level couponing together.

It seems as if frugality for my family is not merely a way to save, but a way to bring us together.

Making Wonder Bread sandwiches, foregoing the dorm experience for family study sessions, and extreme couponing has created a warm and safe environment that not even a rainy-day fund can compare.