I hope you enjoyed meeting the WCI scholarship winners this week. Thank you so much to the applicants, judges, and sponsors. I hope you have been inspired this week as much as I have and that next year we have an even more impressive set of applicants and prizes!

Our grand prize in the 2018 White Coat Investor Scholarship contest goes to Jaclyn Mauch, an MSII at the Perelman School of Medicine at the University of Pennsylvania, the same school as one of our 9th place winners this year.

Grand prize in the contest was good for $28,887 in cash (60% of the cash pot after the 4th/5th place cash was paid out.) She will also receive her choice of either Fire Your Financial Advisor ($499 value) or the 2018 Physician Wellness and Financial Literacy Conference ($299 value).

Jaclyn's essay combines a well-written piece with an impressive story of overcoming a major obstacle to become a doctor. Her subject? Grit, in every sense of the word.

On a remote road in the Negev desert, I gazed out of the car window pondering the strange patch of green palm trees growing in the middle of what was otherwise a dusty, harsh, and barren landscape. I marveled at the complex series of pipes that delivered precious water, keeping the grove alive. During my month in Israel, I had grown accustomed to seeing endless stretches of golden sand and rocks, but not much else. Sand permeated everything, and a thin film of fine dust layered indoor surfaces. Though slatted blinds covered every window, the sand still seeped in. Whenever I ventured outside, I was immediately covered in a sheen of perspiration. My sweat quickly attracted a gritty layer of sand. While showers cleaned my skin, the grit was ubiquitous – my clothes, my shoes, my ears, between my toes, in my mouth. I knew this summer had changed me; I would even miss the inescapable grit. I had spent the past month in a pediatric Bedouin clinic and a rural Emergency Department, becoming familiar with those who inhabited the desert and those whose nomadic ancestors were born amongst the grit. Now, I was on my way to the Tel Aviv airport for a flight to Philadelphia, leaving behind the desert to start my second year of medical school. 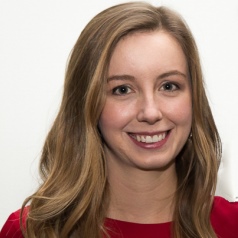 As I continue this story, I must reveal that I do not remember getting into that car. Nor do I remember most of the drive, other than those strange green palms. I also do not remember the moment when the car was struck on its side by a bus driving at highway speed. I have seen pictures of the mangled car and am told the car spun, slid off the road, and came to rest in a patch of sand and gravel dotted with small boulders—as if the grit violently pulled me off the road back into the barren landscape. Oddly, I do have a dreamlike memory of sitting on a boulder in a vast desert, staring at a palm grove, which I now know was the site of the accident. Once the ambulance arrived, I was strapped to a backboard and taken to the same ER I had spent the last two weeks working in. I had suffered a traumatic brain injury.

When I eventually arrived in the US, I had not showered in three days. That inescapable grit covered my skin, my clothes, my hair. While I remember very little about the car accident and my stay in the desert hospital, I can vividly recall the ensuing months of recovery. I wanted to leave behind the sand and move forward with medical school, inside pristinely clean hospitals, operating rooms, and clinics. But I found that I could not simply wash off what had happened.

I have always thrived in environments characterized by unrelenting challenge; grit is a core tenet of my character. Grit allowed me to excel in academics and as an athlete on my collegiate triathlon team. Yet, I was unprepared for the physical and cognitive limitations that I now faced. Once able to run, bike, and swim for hours, I was now unable to walk without nausea, headaches, and pain. Once at my peak academic performance and able to remember volumes of minute detail, I was now unable to recall simple facts about my own life or maintain a conversation. Previously routine activities were no longer feasible. I had difficulty walking in a straight line, and in stimulating environments, such as a grocery store, I could only stand and stare, unable to navigate or process information.

The most debilitating reality of all was my inability to read. My eyes had become uncoordinated and misaligned – the whiplash had damaged neuronal connections within my brain. My eyes were no longer focusing correctly, rendering my surroundings, especially words, very blurry. Bright light, such as daylight or computer screens, caused sheering eye pain and headaches. My neurologist immediately referred me to concussion therapy. With full devotion, I completed the prescribed exercises, day after day. In the past, the harder I would push myself directly determined my later success. However, with my brain injury, pushing myself often meant exacerbating the injury. While patiently waiting was counter to my work-hard-at-all-times mentality, I was forced to learn how to delicately balance rest with cognitive exercises.

To escape the monotony of lying in bed day after day, I retreated to my dimly lit bathroom and soaked in warm water scented with Epsom salts. While this experience was soothing for my eye aches and body aches, the alternate reality of the shadowy candlelight and meditative music conjured magical thinking. Amidst the soft orange glow and gritty bathtub floor, I was a desert wanderer mesmerized by an oasis. I believed that full immersion would dissolve the desert away. I remained soaked in the water for hours every day, until there was no trace of grit on my skin. I was pristinely clean. Yet, my concussion persisted, as if I simply needed to soak in the water for longer—to rid even the tiniest crevices inside my brain of the dust and sand that lingered.

After two months of limited improvement, I made the difficult decision to take a year out of school. While my physical abilities were improving, any attempt to read resulted in all-consuming headaches and eye pain. On a whim, my neurologist referred me to an experimental treatment—vision therapy. With each week of vision therapy, I slowly noticed my sight improving. Eventually, I was able to read paper books, and, with more time, I progressed to reading on computer screens. Reading was painful for over 8 months after the accident, but ultimately, that discomfort dissolved as well.

Before I experienced the harshness of the desert, I thought I knew grit. Grit was feeling strong in the face of adversity and having fortitude to achieve my goals. Grit was my confidence and belief in my ability, my skills, and my strength. But now, I believe that grit is persevering even after exhausting every last granule of emotional and physical strength. There were many times when I felt as if I had nothing left to give, as if the trajectory of my own life was entirely out of my control. Despite feeling utterly drained, both physically and emotionally, I persisted. I mustered inner strength, one granule at a time, in order to begin medical school again. This resilience, in the face of complete emotional and physical brokenness, is true grit.

368 days after the car accident, I began my second year of medical school, signifying the most monumental and meaningful accomplishment of my life. After losing many of the aspects of who I am—my memory, my ability to read, and my ability to be physically active—I am almost fully recovered. My story started in a desert, surrounded by endless sand and grit, but it was the grit within me that granted me the resilience to pursue medicine again. I no longer try to wash the grit away: it is part of who I am.