What Is the Credit Card Competition Act of 2022?

Senators Richard Durbin (D-Illinois) and Roger Marshall (R-Kansas) jointly submitted the Credit Card Competition Act of 2022 to Congress in July 2022. The proposed bill aims to increase competition among credit card processing companies. That could lower processing fees paid by merchants, which often average around 2%-3% of every transaction.

Under the current system, many banks limit payments to the Visa and Mastercard networks, sometimes adding American Express, Discover, and a list of lesser-known processors that connect every purchase with a card to the customer’s bank account.

In theory, more competition leads to lower costs and prices for customers. Here, customers are the businesses paying credit card payment fees. Whether incorporated in the final price or broken out as a separate transaction fee, the cost of card-based payments is ultimately absorbed by the business or passed on to customers to maintain the same profit margins.

How the Credit Card Competition Act of 2022 Works

Under the proposed law, banks must offer merchants at least two networks for payment processing. While some banks already do so, this change to the Electronic Fund Transfer Act would enforce additional competition where some banks only work with a single preferred partner.

In 2021, card payment processing fees paid by merchants totaled more than $137 billion nationwide. That’s a big chunk of change, split between the banks, networks, and other participants in payment processing.

Proposed during a period of high inflation, the senators claimed that this bill would reduce price pressure on businesses and consumers. However, someone has to make up those lost fees, so who would wind up paying for everything? 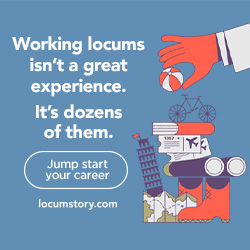 From Wedding Planning to 16 Credit Cards

Who Wins and Loses from the Credit Card Competition Act?

The first and most obvious winner is the businesses that would likely see a drop in credit card processing costs from additional industry competition. This may be passed onto consumers in the form of lower prices. But in reality, businesses will probably keep the extra profits for themselves.

If you’re a doctor with a practice that processes card payments, you could see your processing costs decline slightly, which could improve your bottom line.

On the flip side, the most obvious loser here is the big payment networks like Visa and Mastercard, which could see additional competition from smaller networks like Accel, Interlink, STAR, and Pulse. The next time you’re at an ATM, look for a sticker with a bunch of logos. Each of those is a participant in the industry.

So, What About Credit Card Rewards?

We’ve been talking a lot about where money flows through the industry. Credit card cash back and travel rewards generally come from the pool generated by those payment processing fees. If a bank earns three cents per dollar when you use the card around town, they may not mind giving you a cent or two, in whatever form.

If they see fees drop to 1.5 cents per dollar, there’s no way they would give you a reward worth 1.5 cents. Rewards would likely diminish, if not disappear completely, from some programs.

Companies like American Express would likely find a way to keep their premium rewards cards running. Still, the formula that enables you to earn valuable rewards may change if this law comes to pass. 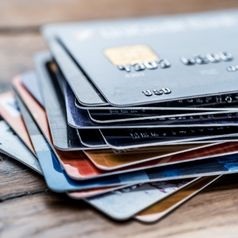 For now, it doesn't appear that the Credit Card Competition Act will come to fruition any time soon. As noted by The Points Guy, “While there was momentary concern that this legislation would be included as an amendment to a recent defense spending bill, the Credit Card Competition Act of 2022 ultimately did not make the draft version of the National Defense Authorization Act (NDAA) for fiscal year 2023.”

Now that a new session of Congress has begun, the process for getting a new Credit Card Competition Act together might not be high on anybody's to-do list (though Durbin reportedly plans to re-introduce the bill). Still, if you’re a credit card rewards user or if you process payments for your practice, paying close attention to the Credit Card Competition Act or any bill that's similar is a wise decision.

Lower credit card merchant fees appear to be a good thing for everyone. However, savvy rewards credit card users may see a major dent in their quest for cash back, miles, or points if something like the Credit Card Competition Act were to pass.

Have you heard of the Credit Card Competition Act? Do you think it would harm those who utilize credit card rewards? Does a bill like this have any chance of becoming law any time soon? Comment below!

Is Congress Trying to Take Away Your Credit Card Rewards? No, it’s not.

No news day article 🙂
We sure get decent chunk of cash back rewards on our spend – but don’t live on rewards-monies nor play the new sign-ups game.

(If) Due to lack of sufficient rewards/incentives- may be we will buy less (less of not-so-necessarily goods/services etc). We might actually be left with more of our hard earned monies in our pockets (rewards be darned 🙂

But this sure to upset folks who “manufactured” spend to maximize credit-card sign-up incentives game.

On a personal level, I’d hate to see my points dwindle, but on a societal level I have to imagine credit card rewards are overall regressive, subsidizing the responsible (and likely richer) at the expense of the less responsible. It’d also be an interesting before/after study to see how much spending habits would change with the lowered incentive of 2x to 0.75x points, for example. Maybe Dave Ramsey was onto something after all…

Since when does regressive mean anti-responsible?

Not meaning it as a value term, but as a simple description of policies that in practice take more proportionally from lower incomes than higher incomes. Of course, it could be that irresponsible credit card use skews toward the wealthy, but that’s not my guess.

Hearing Visa & Mastercard say “if our massive profits are made slightly less massive, we might reduce credit card rewards” doesn’t really make me have much sympathy for them…

I’d hate to see the points go. I churn a handful of credit card spend bonuses a year (usually ~20% cash back) and category-game cards that give ~5% cash back. In total I earn maybe $5k a year in tax-free income with very little effort. Even after accounting for interchange causing prices to be higher than they otherwise would be, I still come out ahead.

There's a reason that there are oodles of young Aussies, Germans, Japanese, even Chinese backpackers traipsing around the world. They are unencumbered by debilitating student loans. No such luck for the American Theater Arts major with $120,000 in loans.