Her favorite color was purple. Anytime she picked a piece in a board game, a crayon to draw with, or a pair of socks for school, it had to be purple. I rolled my eyes at the time, told her that other colors are pretty too. What about blue or yellow? But years later, I would start to understand the allure of purple. 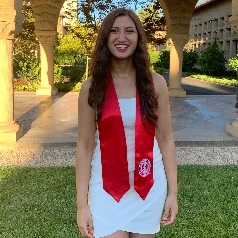 When my little sister was born, my world exploded in color. Suddenly, I had a new best friend, a baby to dress up in cute clothes, a toddler to play-wrestle with, a teenager to talk to about crushes on boys. What kind of big sister did I want to be? The cool one who secretly takes you out to ice cream before dinner or the serious one who teaches you life lessons? Five-year-old me was overwhelmed at the endless possibilities my sister’s existence opened up. But sisterhood wasn’t at all what I expected.

My little sister was born with autism and several developmental disabilities, many of which went undiagnosed for years. Our childhood was marked by medications and confusion. Watching my sister struggle to walk, talk, and live the carefree life of children her age, all I wanted to do was alleviate her pain. As I accompanied my sister to her doctor's appointments, I began to develop an interest in medicine. The first time we visited her neurologist, he ordered an MRI, and when I saw the scan of her brain with bright blue and orange splotches, I was hooked. I decided to pursue a career in medicine to devote myself to helping my sister.

My original dream as a child was to one day cure my sister’s disabilities. But in college, as I learned more about disability through classes and interacting with the disability community, I quickly realized that a disabled individual is not just a medical diagnosis to be “cured” but a whole person moving through an often unaccommodating society. I decided to spend my undergraduate years understanding both the scientific and social aspects of disability to help my sister live a life as meaningful and pain-free as possible.

I took classes on disability studies, which exposed me to a rich academic field. I decided to research disability through multiple disciplines, to gain a nuanced understanding of how disability affects one’s body, mind, and life. I studied the romanticization of mental illness on social media and helped plan my university’s inaugural disability studies conference. To understand the neuroscience behind my sister’s disabilities, I joined a lab studying a chromosomal deletion that is associated with an increased risk of autism. One of my projects involved creating induced neurons from stem cells of patients with this deletion. While holding my petri dish of neurons, I felt a sense of wonder. Perhaps my sister’s brain looked something like this. I also became involved in advocacy on campus, helping establish a disability community center where students could relax, meet peers with disabilities, and connect to resources. It was important to me to create a space where students like my sister could find acceptance.

Then, unexpectedly, my sister passed away, and my world was plunged into black and white. I immediately traveled back home to Georgia to be with my parents. The days were a blur of family and friends coming in and out, bringing pizza and Costco quiche, leaving the front door open to air out our grief. A week later, I spoke at her funeral in a purple shirt, the only color I could bear to look at, with eyes so swollen I could barely see. The words of her eulogy swam on the page in front of me—a sea of inky black.

The next day, I flew back to college, partly to escape the new stillness in the house we grew up in and partly because my parents insisted I complete my last two years of college on time. But as I tried to squeeze myself back into the mold of a good pre-med student, I realized I had lost sight of the future. How could I imagine a future without her in it? It felt like betrayal. All the classes I took in college, all the advocacy and research I had spent hours on, were all to one day create a better life, a better world for her. What was the point if she was no longer here to experience it?

As time went on, my memories of her started to fade at the edges. Moments that were once bright and cheerful were tinged with sepia and sadness. I started to forget the color of her backpack, the details of her favorite dress. But despite the sepia stain of time, after months of grief counseling and tear-filled, sleepless nights, I realized that, as much as I did not want it to, life would march on with or without me. I realized that, though I could no longer help my sister, if I could care for even one child like her and guide one family like mine, it will have been worth it. I hope to become a doctor my sister would’ve been happy to have.

It has been three years since she passed, and the colors are starting to slowly seep back into my life. I am in medical school now, and I continue to be involved in disability advocacy and conducting research on pediatric epilepsy. I can once again see a future for myself—one where I’m a pediatric neurologist, working with patients like my sister. The future is bright with the promise of color.

I think the promise of purple is the brightest of them all.

A budget tells us what we can't afford, but it doesn't keep us from buying it.