It’s easy to boil someone’s life down to a series of financial statements. Draw up all the receipts, make calculations, and total the costs. What a person spends money on says a lot about a life. It reveals priorities and exposes vices. But bank statements don’t tell the whole story of that life. Cold financial assessments cannot explain why a person spent money a certain way or the reasons behind debt. 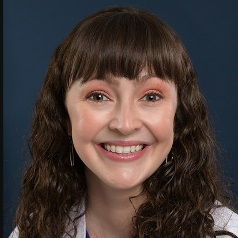 My mother has made many poor—perhaps even catastrophic—financial decisions throughout her adult life. They have left her with enormous debts, little to no retirement savings, and a cloudy forecast of working until the end of her days. If you looked at her bank account and credit card statements alone, you might think she was grossly irresponsible. But you would be wrong. She made many difficult decisions with financial repercussions, but they were made for virtuous reasons. Because some things are more important than money.

A costly divorce and one income instead of two is what her finances may show, but they are missing critical context. The bank statements would not reveal the perpetual emotional and verbal abuse my father perpetrated against my mother and me, and they don't display the bravery it took for my mom to stand up for us and make a change. She gave me a normal childhood and a haven from abuse. I only had to endure the profanity, the yelling, and the belittling every other weekend—leaving all my other days free for me to thrive. I have no doubt I would not be where I am today without my mother’s personal and financial sacrifices. Though this decision meant single motherhood, supporting us on the income of one public servant, and a great deal in legal and expert fees in a protracted custody battle, it was the right decision. Health and safety are more important than money. And to her, I am more important than money.

In the spring of 2008, my mother’s bank statements would show that she lost her income and accrued significant credit card debt as a result. What they would not tell you is that she left her job at a government indigent defense office because she lost her professional autonomy and was being forced to make unethical decisions in her cases. When she couldn’t look herself in the mirror because her work would jeopardize the integrity of the justice system and victims’ rights, she made a break where others may have looked the other way to keep the paycheck. She could not have foreseen the economic recession that was to come that fall or the life-changing medical diagnosis of Marfan Syndrome I received that year. She did some online teaching, but because of the hiring freezes caused by the recession, it took her a little more than two years to get a comparable legal job—and only half-time at that. Together with all my extra medical costs, my mom was left with serious credit card debt that she still carries today. But she illustrated that making ethical, principled decisions in one’s work is more important than money.

My mother has taught me to value things, such as mental and physical health, freedom from abuse, and personal integrity. But she also showed me that prioritizing these things can sometimes come at a perilous financial cost. Once my training is complete, I intend to pay off my medical school loans as quickly as possible. My goal is to become financially independent. If I am ever in a place where I must make the kinds of courageous decisions my mom made, I want to avoid the financial consequences that her bank statements show but don’t explain.

As I start my second year of medical school, I have had a year of practice making and keeping a tight monthly budget. I list out my costs and allot set funds for food and gas, and I don’t exceed them. If possible, I try to ensure that there is a small amount left over at the end of each month for unexpected expenses. When I go to the grocery store, I rarely purchase something that was not on my list, like a tempting snack or ice cream. I pack a peanut butter and jelly sandwich for lunch every day, even though most of my peers buy lunch at the hospital. I don’t join them when they get a Starbucks; instead, I bring coffee from home. I resist buying new clothes because I have all I need for weather and school, and my clothes are in good shape. My friends frequently go out for drinks or eat out on weekends, but I eat at home, hanging out with them only when they are doing something free like watching a movie in. With prices of all goods now increasing, I am glad I instilled these habits as an MS1. Being more frugal is socially isolating, but especially in the face of increasing costs outpacing my loans, I will continue.

Once begun, it’s not difficult to live on a stringent allowance. I am now used to resisting wanted (but unneeded) purchases, and I am committed to living this way through the rest of medical school, my residency, and as many years necessary as an attending until my loans are fully repaid.

Becoming financially independent isn’t my goal just to have the money my mother never did. Financial security is freedom. More than that, I have a duty to become financially independent so that money is never the sole reason for any decision I make. I want to ensure that money never propels me to do the wrong thing or to avoid doing the right thing. Financial independence will allow me to stand up for what is right for myself, my patients, and my community without fear of long-term financial repercussions. For there are things more important than money, which is my mother’s legacy to me.