I heard a loud scream from our neighbors’ farm.  Worried, my cousin and I sprinted as fast as we could towards the sound.  I was only 11 years old at the time, spending my 3-month school vacation in my birthplace, Barisal, Bangladesh.  We lived in a rural village, and the clay footpaths had been made slippery by the near-constant summer rains.  One wrong step and I could find myself falling face first into the mud.  By the time we finally reached the neighboring farm, half of the village had already gathered.  I did not want to believe what I was seeing.  A man held a little girl in his hands, but she was limp and lifeless.  I felt the blood rush from my face.  From the hushed murmurs, I quickly pieced together that this little girl had been out on a walk with her siblings when she slipped and fell in the water.  The man attempted to resuscitate her, but he was frantic in his attempts.  No one knew what to do.  Someone called for a doctor, but we all knew that the one village doctor would not get here in time.  As every precious minute passed, so too did any chance that the little girl could be revived.  When the doctor finally arrived, running by foot since there was no other reliable means of transport, he quickly checked the child’s vital signs before confirming what we all knew.  Emergency care in a village like ours was non-existent.  I was completely frozen as the screams came back into focus; this time louder than before. 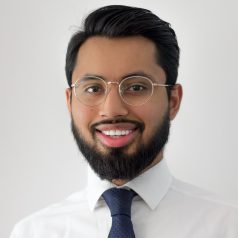 Unfortunately, in Bangladesh, this girl’s story is far too common.  So many people die purely because they lack access to or cannot afford medical care, especially in places like Barisal.  Just to get there from Dhaka (the capital), we had to take an overnight ferry, a bus, a rickshaw, then walk half a mile.  Most houses, including ours, have no running water, gas, or electricity.  To this day, there is only one doctor in our village.  Medical care is a luxury that very few can afford.  For this reason, massive health and socioeconomic disparities still persist.

Like so many in Barisal, we are a family of farmers that go back many generations, well before Bangladesh was an independent country.  We lived on a rice farm with fishing ponds and a few animals.  While my family was comfortable, my parents desperately wanted more for us.  So, they made the difficult decision to leave this village for Australia when I was two.  In 2008, when they had the chance to move to the US, they did not hesitate.  We had no family or friends in either country.  Each move took my parents further from their families, but they were willing to endure this hardship to secure our future.

I cannot help but reflect on what my life could have been had my parents not left Bangladesh.  Yet here I am starting my second year of medical school in the United States.  As a first-generation medical student, it has been a long and tough journey with many sacrifices, but my parents have been and always will be my inspiration.  I made the difficult decision to commute during college in order to save money on housing.  This added two hours to my day, and included taking a bus halfway and then walking an additional mile to campus.  On top of this, I worked two part-time jobs throughout college just to attend my dream school.  Nonetheless, I knew these were small sacrifices compared to those that my parents had made.  After all, it was only through their endless support that my education was possible.  For most of my childhood, we rented a single bedroom in someone else’s house.  My father woke up at 5 am every morning and walked miles to the only job he could get in a factory just to make ends meet.  Meanwhile, my mother would take care of my sister and me at home while also learning English.  When I was old enough to go to school, my mother joined my father working in the factory.  My parents worked seven days a week, just to put us through school.  As we moved on to high school, many of my friends decided to drop out, so we moved again so that my older sister and I could attend a better public school.  We are finally settled in Boston, but only after moving schools and houses more times than I can remember.

I knew from the start that becoming a doctor was going to be a difficult journey.  Many of my school advisors and counselors told me to reconsider, but I kept working hard towards my dream.  Of course, two years ago I learned that I would be joining the incoming class at Tufts University School of Medicine.  I felt so proud and gratified, but deep down I knew this achievement belonged to my family and would mean nothing unless I gave back to those who need it most.  Much of my motivation in medicine stems from the fact that so many of my neighbors in Bangladesh do not have access to basic healthcare.  Fueled by my own lived experience, I have spent years researching health inequalities and patient outcomes, working with refugees and the homeless population, and mentoring the next generation in an effort to better understand ways to break the complex barriers to care here in the US and abroad.  Even though I am halfway across the world, I have a tremendous opportunity to not only make an impact here in America, but also in Bangladesh.  I have seen and experienced first-hand how poverty can affect health.  So many of the kids back in my village do not even get the chance to go to school, let alone dream of being a doctor.  So many are resigned to the fate of that little girl who I watched pass away because medical care and knowledge is not accessible.

I am extremely grateful for the countless people who have supported me to this point, especially my family.  The struggles we have faced have only brought us closer together.  I am deeply excited and grateful to become be the first doctor in my family, but the financial burden, especially as a first-generation medical school student and immigrant, has been tremendous.  The White Coat Investor Scholarship would provide meaningful support to me, to my devoted parents, and perhaps to an entire village, half a world away.

The most successful entrepreneurs I know are optimistic. It's part of the job description.