[Editor’s Note: This submission, from Adam Goode, an MS2 at Virginia Tech Carilion School of Medicine. Adam's prize for third place is 10% of the cash raised, or about $3570. He writes about his experience being turned down by the Navy for their HPSP program. ]

A Blessing in Disguise

One sweltering summer day, I was driving to the Navy’s regional recruiting station, windows down, with the radio tuned to The Ride. My parents gifted me their well-worn Ford Freestar minivan as a college graduation gift for my move to Charlotte, North Carolina, and eventually to Madison, Wisconsin. The AC had broken years ago, making my car one of the hottest rides in town, albeit not the fastest. In fact, a crack in one cylinder caused “knocking” if one accelerated too fast. 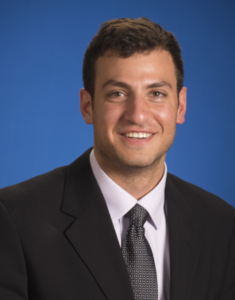 On this particular drive, I kept smelling this burning gasoline-oil smell, and hearing a high-pitched squeak at intersections. I looked to my right and I chuckled at a woman’s old sedan next to me. She turned right. Yet, I kept hearing and smelling signs of car trouble from what I thought had to be her car.

Then it hit me in a moment of epiphany: it had been my car all along. We are most blind to the failures and unintended consequences of our own actions. As the immortal Eric Clapton once opined: “Before you accuse me/Take a look at yourself.”

This gentle reminder focused my thoughts on a simple question: How will my decision to go to medical school affect my family down the road? Eighty thousand dollars for four years followed by a three- to five-year residency before even beginning to pay down principle. The prospect was nothing if not daunting. As a formerly active investor and institutional trader, I envisioned my debt rising relentlessly as the wonder of compound interest tirelessly worked against me. As Albert Einstein noted, “Compound interest is the eighth wonder of the world. He who understands it, earns it … he who doesn't, pays it.”

Fear of taking on so much debt led me to explore the Navy’s Health Professions Scholarship Program. Under the program’s terms, the military pays for one’s medical education and residency training in exchange for service afterward as a physician caring for active-duty military personnel. Money brings you to the table, but it is not what makes you want to reach across the table and sign the papers. I learned about all the extraordinary opportunities in Navy Medicine as I spoke with active duty and retired military doctors. One detailed his 2007 involvement in turning around the decrepit state of the outpatient center at Walter Reed Medical Center. The rundown condition was having a demoralizing effect on the wounded warriors and soldiers overseas fighting in Iraq and Afghanistan. Navy Medicine became my calling. My recruiter said, “You are a sure-thing. Look at these test scores! I’ve even put you down as an ‘IN’ for our office quota.” Yes, everything was going great. Until the physical. 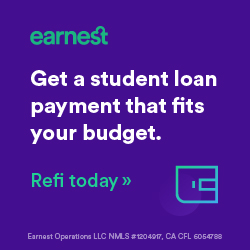 At the physical, an experienced doctor listened to my heart for thirty seconds after the infamous duck walk. He promptly told me that I had a heart murmur: “Probably nothing. Protocol makes us have to get an echo.” (For those medically inclined… an S2 systolic flow murmur.) I remember yelling in my head as I waited to see the Chief Medical Officer: “If it’s nothing, would you please just give me the stamp of approval!” Not a single doctor in my past, from pediatricians to internists, had ever identified anything untoward. I was in robust good health by all measures thus far in my life, so I was confused as to why something was turning up now.

The echocardiogram a week later at Walter Reed revealed that I had a dilated right heart with pulmonary hypertension. The Navy’s recruiting standards only cared about the pulmonary hypertension. Like any engineer, I did the math: a .03 mm decrease, or less than a two percent change, in the traced tricuspid regurgitation (“TR”) jet profile would have allowed me to slip through the Navy’s 25 mmHg standard. I would have been in the Navy, and this incident would have been forgotten.

Instead, a cardiac MRI six weeks after my first day of medical school, ironically during the cardiopulmonary block, revealed that I had a rare congenital heart defect called partial anomalous pulmonary venous return (PAPVR, an effective left-right shunt). Rarely is this condition diagnosed at my spry, asymptomatic age of 23. Typically, patients are diagnosed in their late thirties or forties due to the sudden onset of right heart failure symptoms from prolonged volume overload. Surgical intervention at that juncture can prevent more damage, but does not repair the damage done. I kept envisioning getting this news just after completing my residency, sometime in my thirties, with two small children in tow. There wouldn’t have been a great medical solution at that point, apart from perhaps a heart transplant. Thanks to the U.S. Navy, I was given the opportunity to repair my heart. I elected to get the surgery in the short break between the first and second year of medical school. 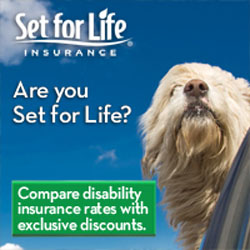 So why do I merit this scholarship? Well, you see, this money would be used to support the very audience of The White Coat Investor. Every dollar would go straight to paying the medical bills pouring through the door from cardiac surgery and a weeklong hospital stay, on top of the astronomically high medical school tuition.

What do you think? Have you ever received a blessing in disguise? What was your MEPS physical like? Did you run into medical problems in med school? Comment below!

Well done, Adam. Even though your dreams of entering the Navy were thwarted, I admire the spirit of sacrifice that led you to apply. Congratulations on winning 3rd place and God bless in your recovery and as you pursue your career.

Hindsight often gives us the blessings that foresight cannot anticipate. I’m glad you recognize that even though it meant no navy, finding it, means a much longer, healthier life.

As your family grows, I’m sure you will find many more blessings in disguise. Just be on the lookout. They are often quite sneaky. :O)

“some dreams are not meant to be.” I wrestle with this. When children are small, we support all their dreams. Then as young adults, they learn otherwise. Best wishes for your new dreams and congrats on an enlightening essay.

So glad your patriotism and financial concerns were rewarded in some way. My MEPS exam was most notable, in that after getting fully undressed and speculumed for a pelvic, they looked at my cvx and then it was done. No worries recruits might have STIs or cervical cancer, just back then in the 80’s that they might be transgender or a hermaphrodite!!! Left me grumbling as I set up my well woman for later that year. (I’m the sort who won’t catch up pap a walk in patient with candida sx since she’ll likely need a repeat anyway.) At least you fellas get a hernia check- do they bother ruling out testicular Ca?

Good for that doc for catching it! A good reminder for us all to not skip an indicated workup for something that is “probably nothing”. I know I have sent patients for diagnostic mammograms for a lump that I thought was probably nothing and turned out to be cancer. Best of luck in your career!

You are right. Some “setbacks” are blessings in disguise. I work with cancer patients, and many of them say they wouldn’t trade away the cancer because of the way it changed their outlook and their relationships. So glad for you that this was caught early. Life is relatively short no matter how long your ride is. The more you really feel the truth of that, the more you savor each day. Great essay. Thanks for sharing.

I tried joining the military as well but was thwarted because I had juvenile cataract surgery as a child. I thought this was strange as my vision is 20-20 with glasses now, but hey they make the rules. I was really devastated for a while but then Donald Trump became president and North Korea started testing nuclear weapons and all of a sudden I feel a lot better about the whole thing!

I signed up about 2 years before 9/11, so I know how that feels to sign-up when nobody has been deployed for decades and then see the country head off to war….

Adam, well deserved , stay the course and someday help another like yourself. I had an orthopedic consult after my MEPS ,1984, and fortunately the Navy said Okay. There are many roads to your goal with some turns along the way and as you have seen sometimes the map changes. All the Best.

Wonderful essay! Your attitude and outlook are fantastic. Best wishes with medical school studies and I think you will do very well. I’m so pleased this scholarship will help with some of your surgical expenses.

I’m trying to decide whether to delete your comment for not following directions or make fun of you for not knowing how to spell “censor”.

Yea, at that point my shift was only half over.

The only thing that overcomes hard luck is hard work.