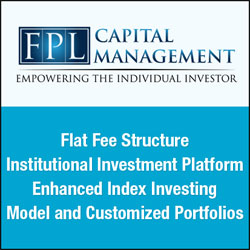 [Editor's Note: This is an essay from one of the finalists in our scholarship competition. I have no financial relationship with any of the finalists, except the eventual winner, who will get a big check from WCI.]

How I Make Money in Medical School

In March of 2013 my wife and I made the decision to attend The George Washington University School of Medicine. A few weeks later, on April 1st 2013, we found out we were pregnant with twins (our OB wasn’t playing April Fools). Very quickly we were awakened to the fact that twins are not cheap and neither is medical school. The George Washington University is one of the top ten most expensive medical schools in the United States. For the 2015-2016 academic year I will pay $56,140.00 in tuition alone and, as you may know, living expenses in Washington D.C. are some of the highest in the country.

I have always prided myself in working hard and being responsible with the income I received, but very quickly my wife and I realized that the financial planning we had done when making the decision to have children and go to medical school was not nearly adequate. We understood that medical school would require a financial commitment that would extend years beyond our time in D.C. For those of you who don’t know, financial aid or government loans for medical students are not bottomless. The amount of aid you are eligible to receive is determined based on what the school decides average costs such as living expenses, books and supplies, fees, and tuition add up to be. This determination is not made on a student-by-student basis. The school doesn’t take into account that you may have a wife and kids to provide for. The average medical student is single and shares rent with a few other students. Students with families are only given what would be adequate for a traditional single student. Our expenses were going to be much more than what our loans and current savings could cover. At first we approached this problem, as I believe most people do, by trying to decrease expenses. We decided to live in Virginia, away from school, to decrease our rent. We picked a spot as far out on the metro as we could go. I found ways to save money on study materials by contacting the companies that sold them and offered to advocate for their products at my school. We took advantage of any twin discounts we could find whether it was for formula, diapers, car seats, etc. You name it; we found a discount for it. We worked hard at this and at the end of the day we still couldn’t cover the expenses. Then my brilliant wife had an idea. What if we stopped worrying about the expenses side of the equation and started working on our income. Is it possible to excel in medical school, raise two kids, and make money? The answer is yes! Let me show you how we did it. 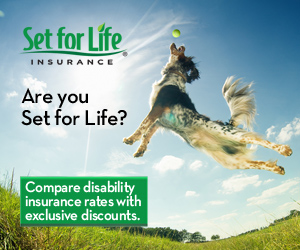 First, we started early. We worked hard in advance to have long-term pay. We saw an opportunity in an art production company in American Fork, Utah that had very little online sales and very few customers outside of Utah. My wife and I knew we needed a way to make money during medical school so we decided to become an online retailer for this company. Neither of us had experience with creating a website but we learned. Now, three years later, our website makes us about $40,000 a year. We worked hard before medical school to create a self-sustaining website that is now low maintenance.

Second, we realized that even the little things make a big difference. We found out about a marketing company in D.C. that pays focus group participants. My wife and I apply for every focus group we can. About once every other month we get paid around $150 to sit in a 45-minute focus group. An extra $150 can surprisingly go a long way. It doesn’t take much time out of our day but it does require us to be actively seeking the opportunity.

Third we realized it’s ok to spend money to make money. We spent $1500 on an industrial-sized printer. My wife designs posters that we periodically sell on daily deal sites such as Brickyard Buffalo or Groopdealz. Our cost on each poster, after the original cost of the printer, is about $1.50 and we sell them for about $15. The hard part is not making the posters but seeing the opportunity and taking the risk. Buying the printer increased our debt but a few months down the road we were profitable. As medical students, it is easy to get caught up in investing only in our future and miss opportunities to invest in the present. We often disregard our debt now because of the money we will make at the attending level. I have had to learn to invest in the present in order to be able to afford medical school with a family. Because I am continually working on this I will be much more prepared to address my debt when the attending level comes. 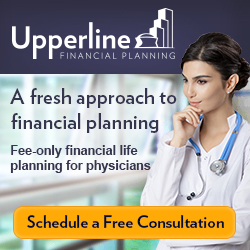 Fourth, marry a hard worker. None of this could be possible without my hard-working wife. She is the brains and most of the work behind many of these moneymaking ventures. Because she works hard I am able to put in the time that medical school demands and excel in my classes. If you want to have a family while in medical school make sure you have an amazing partner by your side.

It is possible to excel in medical school, raise two kids, and make money. The money that we make doesn’t allow us to be free of debt. We still take out loans every semester. But, we provide a good life for our children and have less debt than we would have otherwise had. Investing in the present has allowed us to be successful now and hopefully even more successful in our future.

What do you think? Did you like the essay? Did you work in med school? Why or why not? Comment below!

Impressive! High marks for out of the box thinking and getting a head start! Congrats!

Very resourceful and entrepreneurial mindset. This couple will be ok. I especially like the website – passive income instead of trading time for dollars. I waited tables through undergrad and dental school – good money, flexible hours. But, I also purchased my first rental property first year dental school from which I split $50K with an equity investor (my Dad) some 4 years later. Lesson learned – invest in capital assets that do not require very much of one’s time = leverage.

These are very impressive folks. My wife also went to GW for medical school, only about $200,000 still left to pay off! 🙁

Well done! You will be successful personally and financially with that attitude. I know the pain of looking at those tuition bills, and I was a single woman with no kids in med school and residency in low COL areas. Major bonus points for having a hard working, frugal wife who doesn’t just expect to let those loans rack up, wait for her ship to come in, and be a “doctor’s wife”–I know, that’s not PC to say, right? 😉

Congrats on your acceptance to GW! As a fellow graduate of GW’s medical school, let me give you two pieces of advice 1.) get real cozy in the Himmelfarb 2.) under no circumstance sign up for Gen. Surg with Dr. Lin.

Very similar to my own story, it is definitely possible to make good money while in medical school, I did it tutoring and mentoring premeds. Having kids while still a student can be tough but I wouldn’t trade it for anything. Now finishing up with residency kid #3 should be here within the week! I’m proud of the work you put in and the praise you gave your wife. Y’all are going to continue to do great things with that attitude

I think I need more details regarding how you, with no prior experience, created an online side business that earns 40k! I would love to hear how you made that happen.

You may also be interested in the annual state of the blog posts. Here’s the latest:

The author of this essay should not be receiving a scholarship; he should be contributing to the scholarship fund!

I don’t believe the author’s wife is a med student.

Also, keep in mind that if you only get into one med school, and it’s expensive, then you don’t have the choice to go to your state school. Lots of people have this issue.

Are you and your wife both in medical school? That’s incredible!

I think it’s great that you and your wife are such a good team. I have to admit, though, that I found this essay misleading. The statement that your wife and you decided to go to medical school makes it sound as if you are both going to school, raising twins and making some money on the side. The essay really seems to be about how your wife works from home while taking care of the babies. Kudos to her–not an easy task by far!– but not quite what it seems from the beginning.

I like this essay a lot. Fits well with the target audience of this blog.

Almost an identical story to my own- married in med school, 1 child, multiple part time jobs and the hardest working wife a guy could ever ask for. People who NEED to make money are the ones that seem to create wealth out of thin air. Thats Rich Dad Poor Dad going to work right there.

Thanks for sharing your story.

"Investors should remember that excitement and expenses are their enemies. And if they insist on trying to time their participation in equities, they should try to be fearful when others are greedy and greedy only when others are fearful."