The IRS allows you to convert an IRA to an HSA, but there's a catch, you can only do it once, so choose wisely. 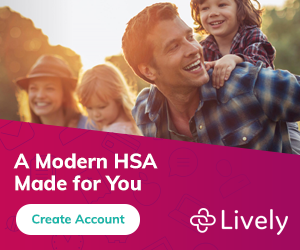 You must have a High Deductible Health Plan (HDHP) and keep it for 12 months after the conversion. You can only convert an amount equivalent to your annual contribution ($3350 single, $6750 family) minus what you've already contributed for the year. You must do it during the calendar year (whereas regular HSA contributions can be made up until April 15 of the next year.) You can also convert a Roth IRA to an HSA, but that's kind of dumb for obvious reasons, although you would avoid the 10% withdrawal penalty if you spent it on health care prior to age 59 1/2. 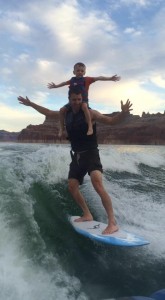 One great use of this one-time conversion is to get rid of a traditional IRA when you don't have a 401(k) to roll it into. Say you have a $6K IRA, are an employee without access to a 401(k) or 403(b), and want to do a backdoor Roth, but you don't want to pay 30-40% in taxes to convert the traditional IRA to a Roth IRA. You can convert that $6K IRA to an HSA, no tax due! A more common scenario is with a spousal traditional IRA when the spouse is no longer working. You want to do a spousal backdoor Roth, but he/she has this pesky IRA left over from previous employment. Now you can toss it into the HSA and start doing backdoor Roths. Even if your IRA is larger, say $13K, well at least the tax bill is cut in half. Obviously this isn't going to help you much if you're trying to get rid of a $150K IRA.

Another solid use is when you have a big health care bill that is eligible to be paid with an HSA, especially when you're retired (but still using a HDHP) and would be withdrawing from that IRA to pay it anyway. You convert IRA money to HSA money, pay off the health care bill, and save the taxes due on the IRA withdrawal.

IRAs have RMDs. HSAs do not. So if you'd rather take a smaller RMD, put some of that IRA money into an HSA. You'll definitely be better off if you spend the money on health care eventually, but possibly will be better off even if you don't since after Age 65, an HSA functions just like an IRA without RMDs. 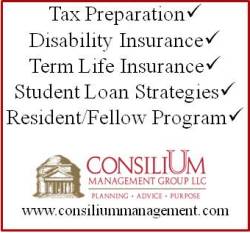 The one area where an HSA is inferior to an IRA is when you die. Your heirs can't stretch an HSA like they can an IRA, and it becomes fully taxable in the year you die. So even if you convert to an HSA, you want to have that money spent before you die. Better to leave an IRA, or better yet a Roth IRA, to your heirs.

In summary, the uses of this technique are pretty limited due to the limitation on how much you can convert (just $3350/6650), but if you're one of those for whom it makes sense, go for it!

What do you think? Have you used IRA money to fund your HSA? Why or why not? Comment below!

This one-time conversion is nearly useless because whatever you save from taking the money out of the IRA tax-free is offset by the loss of the tax deduction you otherwise would get if you just contribute to the HSA normally. It’s only useful when you absolutely have no other money to put into the HSA. Even then it’s only once per lifetime, limited to a few thousand dollars. Just forget this exists.

Thanks for the correction.

I immediately had the same question. I would think it would be a much smaller amount.

Thanks for the correction. That was supposed to be percentages not dollars.

I guess I don’t understand all the cautionary talk about using this one-time conversion of IRA funds into your HSA.

• It’s convenient for the employee who just got into a High-Deductible Health Plan during October open enrollment, but has no spare cash to fund the HSA.

• I got the tax benefit when I made my initial traditional IRA contribution and, after the conversion, I am not taxed on either the conversion amount or the earnings—like a Roth. That’s good on both ends.

• I reduce the amounts in my qualified accounts that my RMDs are calculated from.

I agree it’s not a huge benefit, but, by being careful about the eligibility requirements, it’s some benefit nonetheless. My thinking: Make that one-time conversion as soon as possible…and then never think about it again.

The bigger issue is planning that my “invested” medical nest egg will be at its maximum at exactly the time I need to withdraw it for that big-ticket operation. Because the markets are too unpredictable, I got out of stocks after they increased 25% and put it in the crappy Money Market. Now I look at my HSA as a medical-expense piggy bank that earns next-to-nothing anymore, but I got the tax breaks and I got the investment growth and I reduced my RMD and my balance is large enough that I pay no administrative fees for maintaining the HSA account. I’ll withdraw it all at once down the road when I need to.

I agree with Stephen Harvey. I just so happen to be in a situation where this is a nice little thing for me to do. I would rather not come up with the money to fund my HSA, I would rather do it from a SEP IRA conversion. In my situation, an HSA is better than a SEP IRA for me at this time. In fact last year I didn’t even maximize my SEP IRA contribution. Consider the scenario where one may find it more appropriate to use money to pay down debt instead of funding the HSA and there’s a ton of money in the SEP IRA (I have a loan with a small balance at only 4.25%, that is better than what I can get in bonds these days). Or perhaps one just inherited in IRA.

I understand that my conversion is limited to the max for that year, so in 2020 $7100. But does that also limit my regular contributions for the year, or do I actually have a one time chance to “double-up” what I can contribute to my HSA?

According to the finance buff, you can’t do both: https://thefinancebuff.com/one-time-transfer-from-ira-to-hsa-forget-about-it.html

A portfolio is a like a bar of soap--the more it's handled, the less there is.