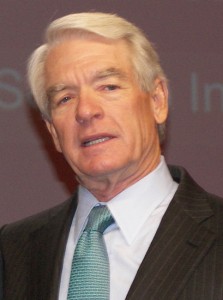 You've heard me whine before about two quarterly fees that weren't disclosed in my 401K plan document, but are regularly withdrawn from my account.  They were pretty minimal at first, but now that I've been paying them several times I see them rapidly climbing.  It looks like they're based on a percentage of assets under management.  Now, remember that my entire 401K is in a single index fund.  There is very little to manage here, and I'm already paying Schwab an ER to manage the fund.  All the company has to do is receive my contributions from payroll, send them to Schwab, report a little to the IRS, and send me a stupid statement every now and then.  What's the percentage of assets under management?  Looks like about 0.5% total per year.  That sucks.  Assuming $50K contributions for the next 20 years and an 8% return on that fund, it looks like my 401K balance will be about $123K smaller than it would be without those fees.  Seems like an awful lot of money to get a check every month, send it to Schwab, and hit print on the computer.

One of the fees is a “recordkeeping fee.”  That's based on assets under management?  Really?  Because it's so much harder to write one extra zero you'll need to charge ten times as much?  Unbelievable.

The other fee seems to be how we pay the 401K company.  Looks like around 0.4%.  I guess that explains why they come out once a year in nice suits and say nice things to us.  Employee Fiduciary does it for a flat fee of $1500 for the first 30 employees, then $30 per additional employee per year.  I'm already paying more than that every quarter and I've only been contributing for a little over a year.   20 years from now I'll be paying close to $9K a year for them to hit print.

Maybe I ought to call up Employee Fiduciary and see if they want to advertise on this blog. 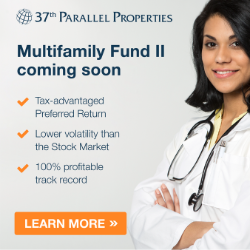 Update:  I called up Schwab the next morning and asked them what gives with the fees.  Well, the person who answered the phone (who was very nice, but kept explaining to me how wonderful Schwab was) explained that the miscellaneous fee (about 0.4% a year) was for advisory services.  That apparently pays for me to be able to call Schwab up and get advice and for the 401K guy to come out and talk to us once a year.  She said some plans with Schwab don't provide this.  (Hmmmmm…….I wonder if I can get my plan to quit providing this.)  I also asked her about the record-keeping fee, you know, why it takes ten times as much money to write an extra zero down on the statement.  Her only explanation was that that was how the fee structure was set up.  She also promised to send me the official 401K plan document that supposedly lists these fees in it since she couldn't find it either.

I then talked to her about the brokerage option.  It costs $200 a year to use this (goes up to $500 when I hit $500K in the account, and $1000 when I hit $1 Million in the account), but would allow me to buy all the Schwab index funds or ETFs fee-free or pay $8 a trade to buy Vanguard or IShares ETFs.  Buying the funds I hold now in my Roth IRAs would cost me $50 a trade, however.  It'll be a tough decision to decide which asset class to move from the Roth IRAs to the 401K first.

Update to the Update:  I got another call from Schwab 10 days later saying they didn't have the 401K plan document and that I'd have to get it from the 401K guy.  So apparently the only plan document is the one I already have, which clearly doesn't disclose the fees.  There's a new law going into effect this year which will make the 401K provider disclose these, so I'm looking forward to seeing the updated plan document.

I don’t understand.
Are there two fees ?
One form the plan administrator and one from Schwab ?
Is this a self-directed plan ?
Seems unfair to me.

Your plan administrator should be receiving the first disclosure letter shortly after July first, the day they will all be sent out.
Realistically these fees have been disclosed in the past, but using percentages. They will now be required to show actual dollar figures so that each participant understands how much they are being charged.

The problem is that companies have the freedom to disclose these fees in different ways. I letter formats, electronic format, or just somewhere on their website.

WCI – you are one of few who take their personal finances very seriously, and have done the research necessary to proficiently make financial and investment decisions. There are many, many Americans who are no so capable. Having the advisor figure can be very resourceful when used to its potential. Unfortunately many advisors get lazy and don’t do their full job.

Sorry, it is the department of labor, not justice.

these fees aren’t that bad.

i have a 0.55 mortality and risk expense, and then fund fees that average 0.4-1% and then a $3 per quarter printing fee for statements. (but i do get a juicy match)

At what point are the fees so high that you’d be better off just paying the taxes and investing in a cash account?

EmergDoc, what would Vanguard charge for this service? Any possibility that you could get your company to move the 401k business there? Perhaps if you demonstrated the dramatic impact of those higher costs with the actual figures, you could convince them.

I am glad that I was able to leave Schwab years ago. I do not want to be paying for their 300+ retail locations and the higher costs needed to generate a profit for the stockholders.

I think you’re right. I did find the fee disclosed on their website. So it was disclosed, just not in the plan document.

I calculated it out once and the break even point is at around 2% in fees, assuming you stick with the company forever and are mostly buy and holding low cost index funds in the taxable account. Remember that most people will roll money over to an IRA at some point, at which point the big tax break is worth paying high fees for a few years.

Vanguard does do 401Ks, but as I recall they don’t like doing small ones. Changing 401K providers is always an option. Keep in mind most investors, including physician investors, don’t understand the impact fees have on their long-term accumulation of wealth. I wouldn’t be surprised if I’m the first doc in the group to complain about the fees.

While Vanguard may have very low fees for investment options, it is my understanding that they provide no services for the plan admin. Therefore, the employer is left with all of the work and a great deal of fiduciary responsibility (major liability issue). How much is that worth?

Certain plans cover a large deal of the employer’s liability, and could even allow them to reduce cost on their own liability coverage for the practice/business because of that. May seem costly to some, but could be a great deal for others.

I agree that’s a big concern for the employer. I wish I could just do a solo 401K honestly rather than having to go through employer plans. Like with health insurance, the fact that it is employer-based hasn’t done the system a lot of good.

Z- The finance buff has a great calculator to help you decide whether to contribute to a high cost 401K, and to compare the alternatives.

I have a 401K provided by my group from John Hancock. The funds aren’t great and have pretty high ERs. I’ve picked the following to mimic a 67/33 split with 25% international equity. ERs are in ().

I’ve just recently learned that I can put my contributions into a self-directed brokerage account that I could then use to purchase Vanguard Target Retirement 2025 which is where all of my money in my other tax protected accounts is (I do not own taxable accounts).

However, I would incur an annual maintenance fee of $225 and there could be transaction fees of $10 per each transaction above 60 (automatic reinvestment purchases don’t count). In addition, there is a $100 difficult to price assets annual fee for new assets only (existing assets are grandfathered and I’m not sure if that means my assets or not, will check).

If I don’t do a SDBA and keep my 401K money in the JH funds, I will likely put it all into the Total Stock Market Index (ER of 0.57) and then do the following:

Is the brokerage option fee in lieu of other fees? If so, that may be a very good way to go. What is the commission to buy a Vanguard mutual fund at the brokerage? What about just buying an ETF? If it’s just $10 each time you buy the TR fund that’s only $120 a month, or you could even lump sum it once a quarter for $40 a year. $265 a year isn’t bad if those are the only 401K costs. If buying ETFs is much cheaper you could use something like VTI in the brokerage account.

I checked today and the only fee I will have is the $225 annual fee – any other potential fees are paid by the group and the transaction fee is waived.

I went ahead and sent the paperwork in to get my assets changed to VTTVX. As you stated in a different comment, I’ll keep going with the simplicity of the one fund until I get to the point I open a taxable account, at which point I’ll slice and dice to limit costs/taxes.

Thanks for all your help!!

When you find yourself in a deep hole, STOP DIGGING.