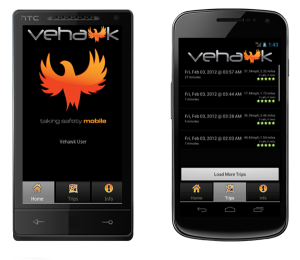 [Editor's Note: This is a guest post by Chad Carman, MD, an emergency doc who, like many emergency docs, has a side gig.  I've found readers are always interested in entrepreneurial ways to make money outside of, or only peripherally related to, their medical practices and I like to highlight some of the more interesting ones.  Chad and I have a financial relationship, in that we're part of the same large medical group, but I have no financial interest in Vehawk, his app development company.  He is in the final stages of developing and marketing a smartphone app that is designed to help prevent texting and driving, an increasingly important cause of morbidity and mortality in our emergency departments.]

Software is imbedded in just about everything we do.  From medical facilities to the software used for financial investments. Software and it’s uses have evolved since the introduction of the computer processor. The term bigger, faster, stronger does not only apply to athletes, it also applies to computers and the software that run on them. These days the hardware that runs software programs fits in the palm or your hand in the form of smart phones or the widely adopted tablets like the iPad. Keeping up with the advancements in technology is difficult. Even if you don’t realize it you benefit from these advancements by ever-faster dissemination of news and more convenience in your daily lives, including managing your finances and other important information on a daily basis.

Creating software (Apps) running on smart phones or tablets has been called the modern day gold rush.   [Even at $1 per sale, the scalability of selling an app that you have developed can lead to significant sums of money.  Imagine developing the next Angry Birds.  It costs $0.99 to download, and has been downloaded over 1 billion times.  It doesn't take a math genius to see there is real money to be made in app development.-ed]  There are 3,802 financial Apps and 5,427 medical apps on the Apple App store. How is this possible?  Are there that many software developers out there creating 9,000 plus Apps related to financial and medical fields? Probably not.  It's much more likely that experts in finance or in medicine were looking to cash in on ideas on how to simplify or distribute information that would benefit people in their respected fields.  These content experts then go to a software developer to bring their ideas to fruition. 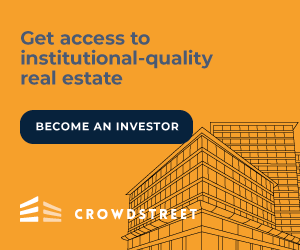 Creating an app is difficult but not impossible. The first step is coming up with the idea. Once you have the idea there are two paths that you can take to create your app. Develop it yourself or contract with a developer to write the software code necessary to bring your idea to market.  Either path requires a lot of input on the direction the app will take.  These are the things you need to consider:

An example of how to make money (and save lives) with software can be found by taking a look at Vehawk, the app I'm developing with my brother, Kip.  We chose to contract with a developer because of the complexity of the software necessary.  Vehawk is a software application that works on the Android smart phone.  The target market is parents with teen drivers.  It is designed to capture the use of cell phones while driving. This information is then reported to the parent (or employer) to help limit or eliminate distracted driving on the part of the teenager. The following data is captured on the Vehawk app:

It records all of this automatically by sensing movement and recording customizable set parameters and then sends updates to the account holder (parent or employer) in real-time via email or text.  We anticipate making money both by selling the app as well as subscriptions to the monitoring service.  As we move into beta-testing, we're realizing that the app uses a lot of hardware resources so we are looking into raising some more funding through Indiegogo, an internet-based funding platform. That additional funding will help with server hosting costs and the development of additional features.  $10 allows you to become a beta-tester and $50 gets you the full app and a lifetime subscription to the monitoring service.

As you can see, developing an app can be both financially and personally rewarding.  You do not need to be a computer guru to do this, you just need a good idea and the persistence to see it through.  Your expertise in medicine or another field you feel passionately about can be combined with the programming skills of a developer to arrive at the final product.

Interesting concept. I assume you have considered the drain on the battery. I sometimes use GPS on my smartphone and that uses a lot of power if it’s not plugged in. I have even had it overheat the phone and force the phone to shut down. Also, couldn’t a kid disable the app?

Mark,
There is a drain on the battery. Up to 40% more than without the app. Fix for that is to plug it in while driving. No big deal. With our beta tests so far it has not been a big issue but can depend on the phone model and condition of the phone.

The “kid” cant disable the app without a password which is set by the admin (parent, company owner, etc). If the app is turned off an e-mail is sent to the admin. Cool built in function. Also if “I am not the driver” function selected during the trip the trip is still recorded and mapped with all violations recorded.

Over the past 20 years, more than four out of five of the pros got beaten by the market averages. For individuals, the grim reality is far worse.