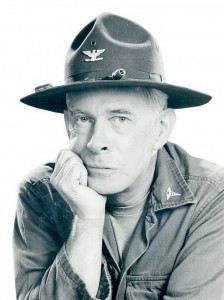 The TSP is a wonderful, low-cost, index fund-based plan which will soon have both a traditional and a Roth 401K option.  One of the funds available within it, the Government (G) Fund, deserves special recognition.  It’s hard to get excited about it given our current low yield environment, but I’m confident that when you understand its benefits, you’ll include it in your retirement portfolio.  Here are the benefits:

Like the other TSP funds, huge scale allows for an expense ratio less than 0.03%, or basically a quarter for every $1000 invested.  That makes Vanguard’s ERs look downright expensive.

Like a savings account or a money market fund, there is no interest rate risk.  You cannot lose (nominal) principal in this fund.  It only goes up.  The yield is the return.  If rates go up, most bond funds lose principal.  Not so with the G fund.  Of course, when rates go down, you don’t gain principal, but you can’t have everything good and nothing bad in an investment.

The entire fund is composed of very short-term loans to the US Government.  Despite recent events (include a credit downgrade), this is still the safest entity in the world to loan money to.  Not only does the US have the world’s strongest economy and strongest military, but it also possesses the ability to raise taxes and even print money out of thin air, unlike corporations, state and local governments, and even many foreign countries.  No, it isn’t FDIC insured, but it is insured by the full faith and credit of the US Government, which is what stands behind the FDIC anyway.  Even a typical money market fund lends money to corporations and other less credit-worthy institutions.

Investments with risk profiles similar to the G Fund, such as savings accounts, T-bills, and money market funds have traditionally kept pace with inflation.  But due to its unique structure, the G fund has actually bested it.  From the origin of the fund in April 1987 through December 2010, inflation has basically cut the value of a dollar in half.  But a dollar invested in the TSP back in 1987 is now worth $4.  It’s not Apple, but it is better than inflation. The returns for the G Fund are determined by the average yield on US treasury bonds with a duration of longer than 4 years.  But since there is no interest rate risk (which you would have if you held all these long-term treasuries directly), you’re getting a free lunch.  Long-bond yields for money market risk.  Given our current low-yield environment, even long-bond yields aren’t very impressive.  In fact, this month the G Fund is only paying 1.625%, well less than inflation.  But consider the alternatives with similar levels of risk:

So, your options are to take the G Fund, which you can exchange tomorrow for something else without penalty, or you can lock your money up for 5 years for the same return.  That 1.625% isn’t looking too bad now, is it.  When interest rates return to “more normal” levels, that return will be quite a bit higher.  The average return on the G Fund since inception is 5.86%.  I wouldn’t expect that going forward, but I would expect it to slightly outpace inflation over the long run.  Non-military physicians may have access to similar funds in their 401Ks, called stable value funds, which generally have higher than money market yields, without risk of loss of principal.  However, these are not quite as safe as the G Fund.

In short, the G fund is a great addition to the TSP.  It offers a place for the cowardly to avoid any kind of market risk and yet still outpace inflation with their savings.  It also deserves a place in a multi-asset class portfolio.  My G Fund allocation provided “dry powder” for me to rebalance my asset allocation in Fall 2008, facilitating “buying low” in the riskier funds.  The less risk you take on the fixed income side, the more you can take on the equity side.  You can’t get much less risky than the G Fund, and its free lunch bonus return makes that deal even better.