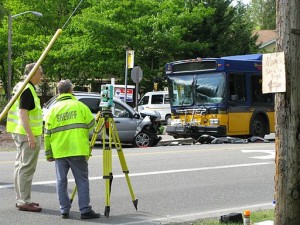 This is the first in a series about making money online as a doctor.  I've always been interested in relatively passive income, and after reading about taking simple surveys online for cash, I thought I'd look into it a bit.  There are tons of different survey companies out there, some of which are better than others.  One which I'm pretty sure ISN'T better than any others is called SurveySavvy.  Why do they suck?  I'll show you.

People worry about Google and Facebook knowing too much about their personal information.  That's nothing compared to the hundreds of questions that SurveySavvy will ask about you in order to “personalize the surveys they send to you.”  After a while I just got uncomfortable with the invasiveness of the questions and figured they had enough to personalize the surveys adequately.

I signed up for SurveySavvy about 6 weeks before I wrote this post.  Since that time I've been invited to take 29 surveys.  I was screened out of 27 of them.  That means I wasted at least a couple of minutes on each of those surveys.  You'd think with all the personal information I provided up front, they wouldn't send me any surveys that I wasn't already pre-selected for.  But no, that's not the business model.  The business model seems to be send the survey to everyone, screen most people out after they start the survey, and then don't pay them.

Guess how much I've accumulated in my account after starting 29 surveys?  $2.  That's right, a dollar a piece for the completed surveys.  In fact, most of their surveys (which they estimate will take 10-15 minutes) are for $1.  I'm pretty cheap, but I'm not that cheap.  Even their really good surveys are only $5 or so.  Sorry, my time is worth more than that.

In conclusion, if you're interested in doing online surveys for cash, you need to look for something that is physician-specific.  SurveySavvy is a joke. I've signed up for a couple of others, but surveys are pretty rare from them. Have you tried any of these? Any of them you can actually recommend? Leave a comment below.

This is definitely not a passive source of income. Everything about it is active. The pay is also ridiculously low. It’s still an interesting post, but I’d like to know more about passive income experiences you’ve had.

I had a similar experience with other survey companies. IMO, Pinecone research is the most reasonable. $3/survey for about 15 minutes. I get sent a few each month and do them at my desk during lunch. Check is in the mailbox within a few days. Unfortunately they are a little picky in who they accept as members and kick you out if you miss too many surveys.

What makes me mad is the companies that don’t pay you cash for surveys, but instead you accumulate points. You get like 10 points for the survey and it takes 5000 points to get a $25 gift card to Olive Garden. Needless to say I dropped out of those really quickly.

I do have a pretty reputable one, but I cannot remember the name. They had a vendor booth at my national society meeting and were looking for volunteers for a focus group (they paid $200 for one hour). I gave them my email address, and now they periodically send surveys via email that work out to about the same hourly rate depending on how long you spend on them. The check comes in the mail within 2 weeks. Unfortunately I screen out of most of their surveys since they are usually looking for people who do something specific that I do not do.

I’d have to agree. I tried the survey thing and quickly realized in the time it takes to make $100 filling out surveys, I could make $1,000 flipping burgers at McDonald’s. And with how tedious filling out some of those surveys can get, I don’t think I’d enjoy wearing a paper hat any less.

id recommend avoiding all these surveys. while i did them when i was a resident and first year or two of practice, it is never worth the time.

Anyone ever tried epocrates honors or Sermo?

Surveys are rare on Sermo (at least in my specialty.) But they do pay okay when you do them. Epocrates hasn’t sent me one yet. Maybe I have to log in to check them, dunno.

I’ve been using “physician interactive” for a while now. Periodically get surveys and I am screened out of most, but when you do qualify for one it pays reasonably well. $15-50 for 20 minutes or so. Also just signed up with Curizon, yet to see how it goes.

Check out our new survey program, SavvyConnect that pays you just for surfing the web. You can earn from $25 to $150 on exclusive surveys with fast track, next week check processing.
Find out more about it here: https://www.surveysavvy.com/savvyconnect
Thanks for your interest in SurveySavvy.

I have recently joined Survey Savvy about two weeks ago and still
no invitation to do a survey? Seriously,TWO WEEKS and No Invites?? How
long does it take to be selected Just for a survey with Survey savvy? I
have a few other Survey sites that i use and they send about 5 surveys per
day. What’s the slow pace with Survey Savvy?

I’ve had a very bad experience with Curizon.com They have yet to pay me anything! I’ve been entered in a few sweepstakes, and I have been waiting 9 weeks to be paid $20 for a survey I completed on December 13, 2014. I have written three times inquiring about my payment. I am always told they are talking to the Project Manager about closing the survey out next week. Next week has been going on a month now. It was a simple survey that took way too much time. If you want to see any money in less than a two or more months, DO NOT use Curizon.com

Update: I still have not been paid for a survey take three months ago!

Curizon are notoriously bad for payouts. The majority of respondents have never seen a dime. You can get paid by going through the parent site – Toluna USA. Email “[email protected]” if it’s been over 6 months and request a paypal transfer due to the time you’ve had to wait and you’ll get paid within the week. 🙂

I like Brand Institute for surveys. Anyone can join (doctors and nurses get more surveys than anyone). The purpose of these is you’re helping them select new drug names. Each survey takes me about 10 minutes and they mail you a cheque for $15-$20 USD within a few weeks. They’ve never missed a payment. There is also a VIP group you can register for in order to get more surveys. Check them out!

Let me know if you guys find other great survey sites!

There are over 2,000 books picking apart how Warren Buffett built his fortune. But none are called “This Guy Has Been Investing Consistently for Three-Quarters of a Century.” But we know that’s the key to the majority of his success